To recognize a state is one thing. Building a state is a whole other issue. 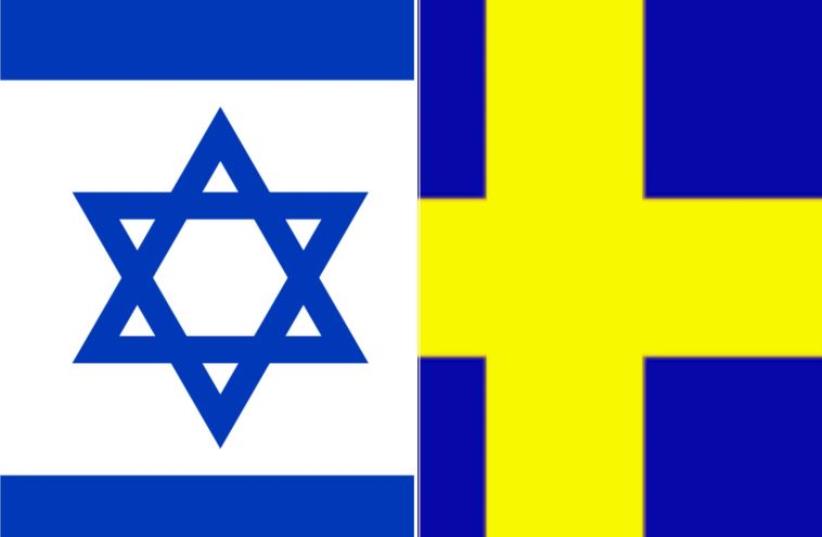 Flags of Israel and Sweden
(photo credit: Courtesy)
Advertisement
On October 30, 2014, the newly elected Swedish government recognized the state of Palestine. It was argued that the intent of the recognition was to support the two-state solution by making the parties “less unequal,” “facilitate a settlement” and “provide support to the moderates among the Palestinians.” “The same way we set clear demands on Israel, we will do it in Palestine.”The fact is that a year and four months after the recognition, there are no signs that the Palestinian Authority has become more moderate. The PA has continued to spread anti-Semitic and anti-Israeli propaganda through all available media channels and via education in schools.Through the Swedish recognition, the PA learned that it did not have to deal directly with Israel to achieve its goals. Why should one participate in tough negotiations that require compromise when the international community will provide you with everything you want? There are three areas in which Sweden’s policy vis-à-vis Palestine is especially questionable and shows signs of great discrepancy between theory and practice.First we have migration policy. Magnus Norell, distinguished researcher on terrorism, acknowledged how Sweden has put itself in a political-legal trap. Having recognized a territory belonging to Palestine, why is Sweden still funding UNRWA? How can people continue to be classified as “refugees from Palestine” in Palestine? That is the first enigma unsolvable to the external observer.The second problem that arises is the fourth requirement in the Montevideo convention, that sets out the definition, rights and duties of statehood. The so-called “capacity to enter into relations with the other states.”The accepted interpretation of this condition is that it was intended to prevent a situation in which units that are operating within the framework of a federal regime or that are subject to any kind of agreement that prevents them from conducting foreign relations can be recognized as independent states.The Oslo agreement clearly state the following: in accordance with the DOP (Declaration of Principles), the Council will not have powers and responsibilities in the sphere of foreign relations, which sphere includes the establishment abroad of embassies, consulates or other types of foreign missions and posts or permitting their establishment in the West Bank or the Gaza Strip, the appointment of or admission of diplomatic and consular staff, and the exercise of diplomatic functions.Of course Sweden can accuse Israel of violating the Oslo agreement, thus telling the Israelis that the Oslo agreement is null and void, but this will undermine the PA that was created within the framework of Oslo.And if there’s no government, how can you then have a state? The third and final area has to do with how Sweden sees and want to market itself.Sweden wants to focus on an aggressive feminist foreign policy. Yet when it comes to the widespread violence against Palestinian women in Gaza, Sweden stays silent.In February 2014, a senior official in the PA Ministry of Women’s Affairs reported a 100 percent rise in “family honor” killings and PA President Mahmoud Abbas has been criticized by Palestinian women’s rights groups in the past for not having changed, as promised, Palestinian laws that have been interpreted by many as allowing violence against women. But Sweden and its feminist government with our foreign minister Margot Wallström is numb.To recognize a state is one thing. Building a state is a whole other issue. Let the Swedish recognition of Palestine be a valuable lesson to other states.

The author is a Swedish lecturer in Swedish-Israeli relations.