From his seat in military headquarters as IDF spokesman, Avi Benayahu witnessed the events leading up to the 2007 attack on the Syrian nuclear reactor.

By AVI BENAYAHU
MARCH 23, 2018 18:34
An undated image released on March 21, 2018 by the Israeli military relates to an Israeli air strike on a suspected Syrian nuclear reactor site near Deir al-Zor on Sept 6, 2007
(photo credit: IDF)
Advertisement
It was 2 a.m. on the eve of September 6, 2007. The prime minister, a handful of other ministers and senior IDF personnel had just dispersed from the war room known as the “pit,” leaving a senior officer on duty to deal with any surprises that might arise. Just one hour previously, everyone gathered here had finally breathed a sigh of relief that the operation had been concluded successfully. We all knew, however, that this could also be the beginning of an entirely new conflict.I accompanied IDF chief of staff Gabi Ashkenazi and his security detail up to the 14th floor of the General Staff building (aka the Kirya military headquarters). We sat in the room, just the two of us. Ashkenazi whipped out a pack of Europa cigarettes, and lit up his umpteenth cigarette of the day. We sat there looking out at the first Jewish city below us, which would soon wake up to a new day.Then Ashkenazi turned to me and said, “Benayahu, where do you sleep at night?”I replied, “Here, in my office on the 10th floor.” 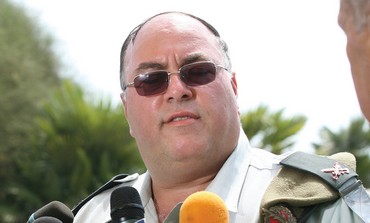