The Dichter Doctrine must be applied in Gaza

Rather than succumb, Israelis did what we do best – we fought for life, and we lived on. 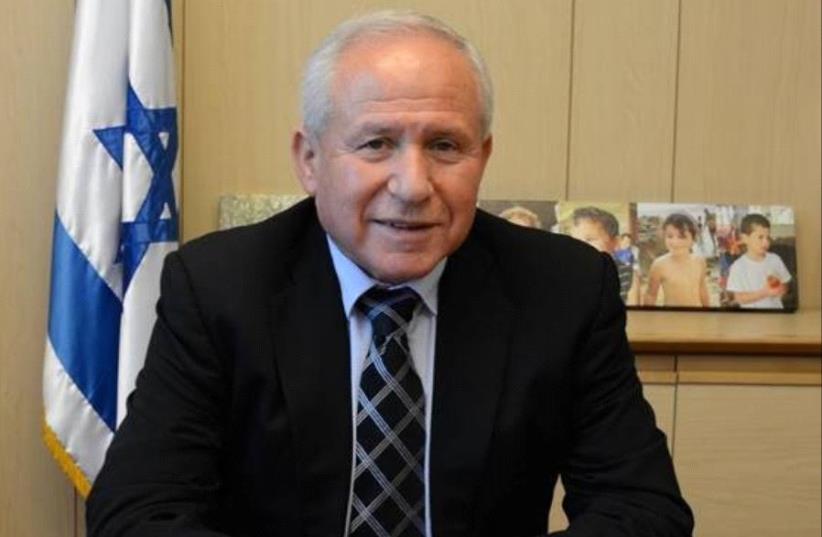 Avi Dichter
(photo credit: SHIRLEY STEINBERG)
Advertisement
It was a warm day in July 2000, in Jerusalem. Ancient domes, camels and lots and lots of sand, or so I thought. I grew up in Los Angeles and had only learned about the Holy Land. This was my first time actually reaching the soil of my forefathers (to which I’d proudly return 16 years later as a new immigrant). One afternoon, we were sitting on the second floor of a pizza shop at the corner of King George and Jaffa streets – enjoying a cheesy slice. Kids were laughing, crying and running around. The restaurant was packed, full of life.Less than a year later, at those same tables, life shattered into death in one of the worst massacres in Israeli history. The Sbarro suicide bombing left 15 civilians dead – including seven children – and a nation traumatized. The Second Intifada would rage on for several years, bringing an endless agony of terror across the country. With 1,137 Israelis killed, thousands more injured, a depressed economy, and loss of hope – Israel was facing perhaps its darkest days since 1948. “We almost lost our society,” said historian Michael Oren.But rather than succumb, Israelis did what we do best – we fought for life, and we lived on. The central philosophy that enabled Israel to suppress, and then virtually stop the terrorist onslaught, was the “Dichter Doctrine.”Avi Dichter, director of the Shin Bet (Israel Security Agency) during the entire Second Intifada, argued that there is a “bottom to the barrel of terrorists,” which must be fought offensively and defensively. He restructured the Shin Bet to reflect these principles and placed his agency at the forefront of the country’s counterterrorism operations.If Prime Minister Benjamin Netanyahu is serious about defeating the terrorism onslaught from Gaza, he should appoint Dichter as the next defense minister to implement the Dichter Doctrine in Gaza.I had the chance to interview Dichter earlier this month, where he shared several key principles on how to defeat the terrorists in Gaza. The key elements consist of detaining thousands of terrorists so that intel can be extracted, destroying the entire terrorist military infrastructure in Gaza, conducting targeted killings of terrorist leaders and maintaining increasingly sophisticated physical barriers. “With dead terrorists, you get no information,” says Dichter. “With terrorists captured alive, you can extract tremendous amounts of information and turn them into action items. This gives the ability to foil more and more terrorists, plots and cells.”During the Second Intifada, the Shin Bet and IDF arrested 8,000 terrorists. The intel that Israel was able to extract from them is what enabled the country to win. It took two to three years, according to Dichter, and required tremendous patience.In Gaza, destroying the terrorist military infrastructure can happen in one of two ways, according to Dichter. Either Saudi Arabia and Egypt lead a diplomatic initiative that completely rids the Gaza Strip of its terrorist military infrastructure, or Israel will need to launch a major and long-lasting operation to root it out.He says the chances of the first option are low – and believes that Israel needs to prepare itself for a major campaign that would consist of ground troops and air power. Otherwise, within a decade, Hamas will have much more sophisticated weapons that will endanger Israel to a significantly higher degree.Additionally, rather than let terrorists spend 90% of their time planning operations, and 10% of their time hiding, the Dichter Doctrine flips the equation so they need to spend 90% of their time hiding from Israel, and can therefore only spend 10% of their time planning operations. He argues that killing terrorist leaders is a necessary component of draining the “barrel of terrorists.”In addition to offensive strategies, a defensive layer is critical. After convincing then-prime minister Ariel Sharon to erect a physical barrier between Israel and the West Bank, the number of suicide bombings and other terrorist attacks in Israel coming from those territories dropped to almost zero. As the mastermind of the West Bank security barrier, Dichter is perhaps more responsible than any other individual for halting terrorists seeking to infiltrate Israel from the West Bank.With Gaza, the defensive strategy includes Iron Dome, the aboveground fence separating Gaza from Israel and the newly constructed underground barrier, which prevents terrorist infiltration via tunnels.Israel must heed Dichter’s statement that there is a bottom to the “barrel of terrorists” to return security to the residents of the South and improve Israel’s deterrence overall.The writer is an Israeli-American entrepreneur who serves as founder and CEO of Propel, a venture-backed technology company based in Tel Aviv.