The genius underlying the light rail on Emek Refaim

by taking the German Colony down a few pegs, the desire of these ghost owners coming to stay there will be reduced. 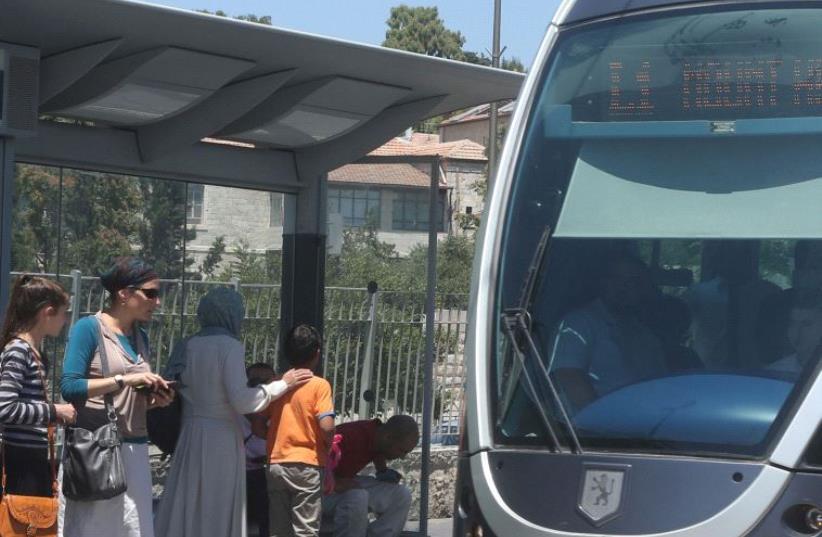 A LIGHT RAIL TRAIN waits at a station in Jerusalem.
(photo credit: MARC ISRAEL SELLEM/THE JERUSALEM POST)
Advertisement
There has been a predictable outcry about the visionary plan to put a Light Rail spur down the middle of Emek Refaim, the main street of Jerusalem’s German Colony. Opponents reflexively point to the obvious: building the rail will destroy the street, the neighborhood, the dwindling cosmopolitan component of Jerusalem, adversely affecting tourism and related economic activity.Oh, and did we mention the destruction of age-old trees and even buildings? Yes, all too well known, predictable and short sighted. What these knee-jerk progress haters are missing is that building the Light Rail down Emek Refaim solves one of Jerusalem’s most pressing problems: the blight of overpriced “ghost” apartments.Other lingering issues – Palestinian/ Israeli, Ashkenazi/Mizrachi, religious/ secular – pale beside the threat posed to our society that ghost apartments – bought by wealthy Diaspora Jews to be used for holidays and vacations, but otherwise left unoccupied. And the issue of ghost apartments is likely to afflict us long after these other issues are put to rights.The Light Rail becomes a creative way to address this glaring social problem in two easy ways. First, by lowering the value of such apartments, the Light Rail effectively means that no more will be created. We will have cauterized the problem, much the way bleeding was used to cure people in the Middle Ages.Secondly, by taking the German Colony down a few pegs, the desire of these ghost owners coming to stay there will be reduced. They’ll buy places in Tel Aviv, take the new high speed train to Jerusalem to visit the Kotel, and rent out their apartments.And isn’t that what we were planning for all along: getting those apartments rented? So yes, sometimes we have to think outside the box to solve our knottiest social issues. But with a little creativity and foresight, we will succeed in bringing more people to the middle of Jerusalem, faster.Of course, what they will be able to do once they arrive is open to some question, but that might have to be the task of some future planning committee.The author is a resident of Rosh Pina, a frequent visitor to Jerusalem and a member of the executive boards of Im Tirtzu and the Israel Independence Fund.