What do you say after 50 years? I’d really like to ask “How did your life turn out?” but “Where do you live?” is easier. 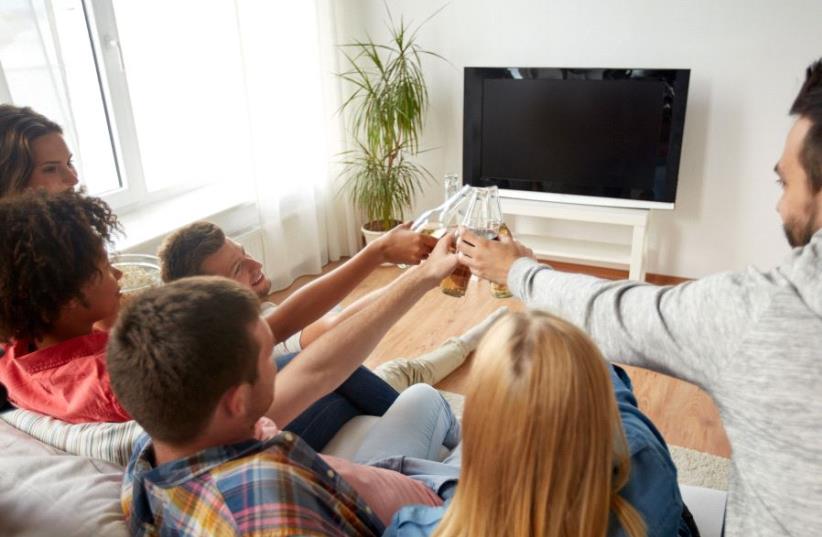 Reunion party (illustrative)
(photo credit: ING IMAGE/ASAP)
Advertisement
I’m feeling anxious, waiting on the beige sofa in the lobby of a Connecticut inn. Will I recognize them? I’m about to meet up with the men and women with whom I spent my childhood, from nap time in kindergarten through calculus class in 12th grade. I’ve traveled 7,000 miles from Jerusalem. I haven’t seen them for 50 years.My thoughtful public school classmates have chosen a hotel meeting place instead of a restaurant so that I, the only classmate who lives abroad and the one who doesn’t ride on the Jewish Sabbath, can take part in the Saturday reunion.At high-school graduation, marching in caps and gowns to “Pomp and Circumstance,” who could ever have imagined this moment? “Fifty years” is an expression, not a real measure of time, when you’re 18.At last, a debonair man with a short ponytail approaches, says my name and tells me he’s Craig! A jolt of recognition and a thrill. He looks just like his father, our art teacher.My late mom, also a teacher at our school, avoided her own class reunions.“Everyone has gotten so old,” she would complain.But isn’t that the point? After the first exchanged ebullient hellos, I see that Craig is holding a folder with the words “In Memoriam.”Sixteen names. Twenty percent. Craig has scanned the familiar ever-young yearbook photos next to each name.One friend died of cancer soon after high school. Another moved to San Francisco and perhaps died of AIDS.Hard as it is to believe, we didn’t mention those subjects in high school.I’ve been looking forward to telling a girlfriend how many times a particular conversation has run through my mind. We were being tested on how far we could throw a softball, reprimanded for doing poorly. “Well, it’s not going to hurt our chances of getting married,” she shrugged, in consolation. Funny how seemingly unimportant words stay in your mind for decades. Sadly, her name is on Craig’s list.I have to peek at the name tags for some, but others are little changed, mature versions of their childhood selves. Classmates have flown in from Florida, Arizona and Virginia, but the majority still live in Colchester or nearby.The town has tripled in population, but the high school is still called Bacon Academy, endowed by a prominent local farmer named Pierpont Bacon who died in 1800. It was opened in 1803, the same year as the famed Jewish academy in Volozhin, about which I knew nothing back then. Volozhin, now in Belarus, isn’t far from where my paternal grandparents, who moved to Colchester, lived. After high school, I graduated from the University of Pennsylvania in Philadelphia, and I moved to Israel, where I’ve filled in my Jewish education.What do you say after 50 years? I’d really like to ask “How did your life turn out?” but “Where do you live?” is easier.When we classmates reestablish rapport, the talk goes deeper. We can speak about subjects that were taboo – the teacher who always stood beneath the staircase to look up girls’ skirts and the classmates who were bullied or who came to school bruised.The Zionist impulse that brought me to Israel has had many benefits: idealistic satisfaction, a wealth of stories to tell, professional and family accomplishments.My love of Zion has proved enduring. Among the unexpected benefits is our Middle Eastern tendency to bring up large families with double digits of grandchildren.Moving far meant cutting myself off from my childhood. As I talk with three classmates who are reminiscing about Saigon, I realize that I know nothing about their service in Vietnam. I hug a dear girlfriend, feel her fragility, unaware until now of her illness. I learn that Colchester has a daycare center, established by a feisty classmate when divorce left her in dire financial straits.She says that long ago I promised to mentor her. I can’t imagine in what.I feel the loss of not having shared in their lives.The British psychoanalyst Wilfred R. Bion, borrowing from Freud, spoke of caesuras, the breaks in our lives. Famously, Freud speculated that “there is more continuity between intrauterine life and earliest infancy than the caesura of the act of birth would have us believe.” Never have I felt this so true, recognizing what I, and those who have moved to Israel like me, have carried forth from our childhoods.In the bittersweet joy of reunion, of meeting again, if just for an evening, I feel happily reunited with that past, too.The evening passes too quickly. I’ve missed my childhood buddies. I’d like to know them better as adults. I extract a dozen promises that they will come to Israel, with their churches, their synagogues, on personal trips. I promise to show them a good time in Jerusalem, my home.In our senior year, the calculus teacher took us on a trip to Hartford to see a computer. It occupied a building nearly as large as our school. Today, after the magic of our face-to-face meetings, computers will allow me to continue our conversations even from faraway Israel, where a fair amount of this circuitry was developed. I look forward to it.The Greyhound bus will take me on to New York, from where I’ll fly home. My supersized suitcases are already in someone’s car. My classmates wouldn’t think of having me leave by taxi. The writer is the Israel director of public relations at Hadassah, the Women’s Zionist Organization of America.