The Human Spirit: Where were you when? Write it down!

Let’s use this jubilee as a springboard. 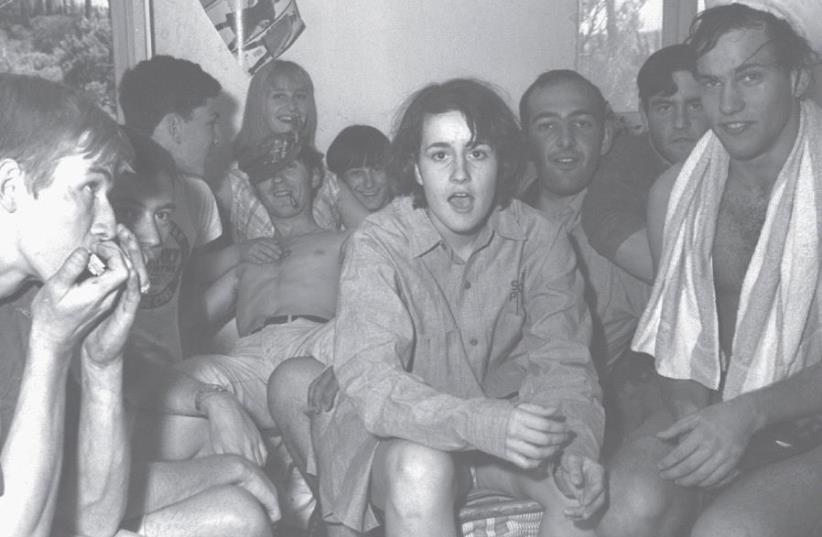 A group of foreign volunteers who came in August 1967 to clean up the university’s premises after the war, gathering after work in one of the rooms at their living quarters on Mount Scopus, Jerusalem
(photo credit: MOSHE MILNER / GPO)
Advertisement
This is one of those “where were you when” weeks, when those of us who remember the Six Day War think back to the fear and ebullient relief that characterized the first week in June 50 years ago. The jubilee of Jerusalem’s reunification has given me an excuse to question neighbors and friends about that momentous time in their lives.One soldier neighbor was posted in the Sanhedria neighborhood. He was sent to report after the battle on Ammunition Hill. “The bunkers were lined with bodies of soldiers from both sides.It was a sight that has stayed with me,” he recalled. He went on to French Hill, dodging bullets. A companion was struck down. He was fortunate to survive.“The consequences of losing were too terrible to contemplate,” he said.Another friend fought in the Old City, and a third in Nablus.A retired surgeon, today 75, was just an intern back then. At 25 he was in his seventh year of medical school in the academic reserve, too young and inexperienced to be sent to the front.He stayed at a hospital with the doctors who were deemed too old to fight.The corridors were lined with wounded soldiers. He was in charge of post-operative patients, and was clueless. “The seniors were operating all day. But the head nurse was there and taught me what to do. It’s hard to communicate the spirit.“The wounds were grievous, there was no intensive care, but the hospital was full of song. There was no TV then, so in the evenings the wounded passed the time by singing. The halls resounded with a choir of ‘Jerusalem of Gold.’” Another friend’s father made his way to the liberated Mount Scopus. He had come to pre-state Israel after Jews were fired by his university in Germany. He’d left his laboratory on Mount Scopus behind in 1948, and found his abandoned notebooks on the lab bench. “He’d been forced out of Germany, and then out of Mount Scopus. Coming back to find his notes closed a circle for him.”All of the above had one thing in common: the tellers were delighted to relate them, but not one of their stories was written down.Let this column serve as a reminder to start recording our own stories. Let’s face it: If we’re old enough to remember the Six Day War and the reunification of Jerusalem, it’s time to record these memories before they are lost.How often have I’ve regretted never asking my grandparents how it felt when they met at Ellis Island after the three years it took to save for my grandmother’s passage. How little I know of the details of their everyday struggle to continue their relationship and bring up an American family.Most Israeli children have a roots project as part of their curriculum, happily mandated by the Education Ministry.While taking part in a version of this program in which grandmothers tell stories to their own granddaughters, I found myself telling what I did know of my grandparents’ past.Suddenly I realized that it wasn’t my grandmother she wanted to hear about, but her own – me. She didn’t want to know why my grandparents came to America, but why I’d left. Although I’ve written thousands of stories of other lives, I’d never talked about the years in a youth movement and an epiphany of sorts on which I’d acted.My own story also includes the Six Day War. It’s less dramatic than those of my friends and neighbors who were already living here, of course. I was safe in Colchester, Connecticut. I remember getting permission to listen to the radio in the public school library.I remember shivering with fear at the emergency meeting in our synagogue.My father stood and pledged a surprisingly large sum. “We can go on vacation next year,” he said. “Israel needs help now.” That expression of family values certainly cemented my Zionism and subsequent decision to make aliya.My raised consciousness of the need to write our own stories is impacted by a friend and landsman who recently published her own. Fellow Jerusalemite Debbie Weissman has written Memoirs of a Hopeful Pessimist: A Life of Activism Through Dialogue. I know Debbie from the Old Country. She was the first girl to be elected national president of Young Judaea.Later, my family sat around the TV and cheered her on the popular TV quiz program College Bowl, leading the Barnard College team. A veteran educator, former IDF captain, and more recently president of the International Council of Christians and Jews, she has recorded important events of her life and moments that were important to her.With warmth and self-effacing humor, she’s included not only the drama of sneaking Judaica into Soviet Russia, violating the apartheid code in South Africa and meeting the pope, but personal events that shaped her character.Like the time she dropped the yogurt supply in the kibbutz dining room. This isn’t a book review, but Weissman’s memoir is a wonderful example of what we should be aiming for, even if we’re not College Bowl champions.So let’s use this jubilee as a springboard – not so much as to blow our own shofar – but to record the setbacks and triumphs of the lives we’ve led. If writing is a chore, selfie films work, too. Every smartphone has a movie camera. The writer serves as the Israel director of public relations at Hadassah, the Women’s Zionist Organization of America.