The legacy and generosity of the Safras

A family whose example of leadership and sense of mission is unparalleled. 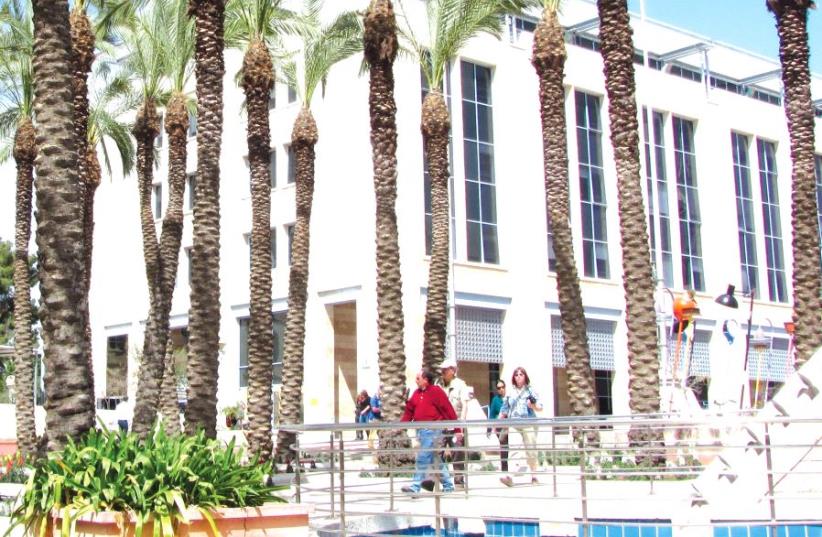 Safra Square
(photo credit: WIKIMEDIA)
Advertisement
On Monday, the Safra family will be inaugurating yet another JCC somewhere in the planet. This time it will take place in loving memory of Moises Y. Safra in Manhattan’s Upper East Side.This latest generous gift to the Jewish world from Chella Safra and her children is a tribute to a way of conceiving the world that is truly worth sharing.We are talking about a family whose example of leadership and sense of mission is unparalleled. It would truly be impossible to navigate the world of Jewish philanthropy without encountering the Safra name. The Safras, like the Rothschilds, have endured the passing of time by making their presence felt from generation to generation in both the worlds of business and mega-philantropy.Safra is a short and easy name to remember, and the exotic sound of which feels at the same time Sephardic, Arabic and Brazilian – but most importantly, it emanates generosity and class. This is the fruit of 70 years of wealth and sophistication, but most importantly, an unbelievable legacy of “ma’asim tovim,” good deeds.In massively supporting Jewish life and education through schools, yeshivot, universities, community centers and synagogues Moises Y. Safra was a true prince of Israel, one of three philantropic and prosperous brothers who have had a tremendous impact in the modern Jewish world.I was fortunate to see throughout my life many of these traits thanks to the friendship of our families, which as transcended generations.Moises’s personal history is one of effort and success. A life of achievements and resilience. Of innovation and adaptation. He was a man who loved and was loved. A man of values who understood that our tradition is based in a message that transcends time and space but that needs to be kept through the daily efforts of each generation. His message throughout his journey among us was one of peace and respect toward others. A simultaneous commitment to tradition and modernity, and a life-long love for Israel.Through decades of travel around the globe, I have always been in awe at the legacy and generosity of the Safras. From Sao Paulo to New York to Buenos Aires to Madrid – hundreds of places, and all of them with a common denominator of remembering Jacob, the father of our people – and the Jacob of the Safras. An amazing father of three Jewish boys who left the Arab world and sets sails to conquer the world of business. They never forgot their Judaism and their role in the community.When the Safras built the Bet Yaakov Synagogue and Community Center in Madrid during the week of Hanukka 1968, they changed the reality of Judaism in Spain.While most achievements are the efforts of many, no project can start without the leadership of a few.The miracle of the rekindling of Jewish life in one of the most important countries in Jewish history was started in 1917 by a group of courageous Ashkenazi Jews (the Bauer and Landauer families, who were the local partners of the Rothchilds).But the establishment of a grand synagogue and a community center was the game changer that changed the reality of Madrid forever.While Moises is terribly missed by those fortunate enough to have met him, the Jewish world is in luck: the Safra saga lives on.Today we must make a special mention of Chella Safra, Moises’ lifelong partner. An unbelievable lady whose great heart, leadership, elegance and strength are second to none. She reminds me of a modern Doña Gracia Nasi, a little known Sephardi character who was the most powerful and generous person of her time. She saved entire Jewish communities and promoted massive aliya to Israel.Chella truly has qualities to lead the Jewish world in a 21st century where moral clarity is in question. Our world and our people deserve the leadership of a woman who is humble, experienced, smart, dynamic and understands that each one of us has the duty to work for the common good.I am sure Chella and her children will continue the magnificent works of Moises, the Sephardi way: by being local and global at the same time. By embracing tradition and modernity in the most natural of ways.We are indeed very lucky.The author is president of the Jewish Community of Madrid.