Center Field: The little program that could (change the world)

Think how transformational writing each story was – even if you competed yet lost. Every writer learned to think critically, to express emotions eloquently and to learn joyfully. 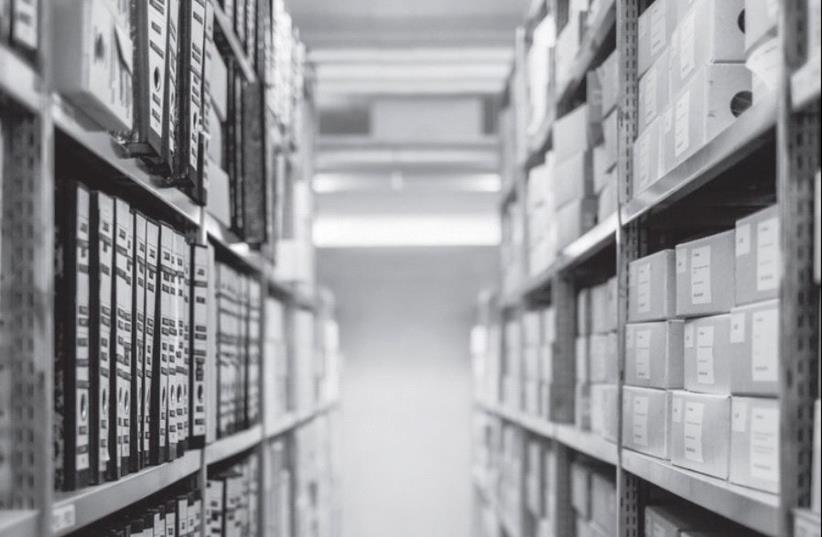 A library
(photo credit: Courtesy)
Advertisement
As the school year and New Year begin, people again are tackling the many problems on our crowded do-gooding, world-repairing, agenda. Educators and parents wonder: How can kids learn to think critically, express themselves eloquently and learn joyfully? Activists wonder: How can schools fix some of society’s failures, especially the gap between “haves” and “have-nots”? More broadly, some people seek new missions, wondering, “How can I make a difference this year?”Periodically, you discover an initiative that’s like some all-purpose wonder-drug – or “the little engine that could,” delivering the goodies when the big guys can’t. The Israel Center for Educational Innovation is a small organization that punches way above its weight. It throws off good vibes and amazing results like boxers throw off sweat. And it challenges everyone to think about how we can improve our schools, our society and our lives.Founded in 2009 to fix underperforming elementary schools in disadvantaged areas, ICEI serves more than 7,000 students annually in 27 schools in 14 municipalities. I’ve watched it grow under the leadership of its executive director and my friend Don Futterman. He does double-duty as the Israel program director of the Moriah Fund, which launched ICEI, and works closely with the Education Ministry and participating municipalities. Its guiding insight is deeply, poetically Jewish – unleash the power of books for the People of the Book. Its flagship initiative fills classrooms with in-class libraries of 500 to 1,000 books to steep young students in words and ideas. Literacy instructional coaches, principal mentors, megashrim (Ethiopian-Israeli community liaisons) and empowered parents work with the students to build their educational experiences around reading real books from cover-to-cover – not just texts and screenshots.ICEI is one of a gazillion tikkun olam (“repair the world”) initiatives in Israel, which competes with Australia and the US for world leadership in the percentage of its work force devoted to nonprofits. Remarkably, these democracies – no matter who leads them – have developed fertile cultures of voluntarism and social entrepreneurship. Altruism is so ingrained that few people notice it – just as ICEI soldiers on, anonymously, moving the needle lesson-by-lesson, student-by-student, year-after-year.This spring, ICEI produced a gem. Beyond allowing us to highlight these too-long-overlooked social-educational superstars, it offers what should be a contagious paradigm for improving education everywhere, addressing pressing problems, and inspiring more of us to join the fight so that Israel continues winning the world’s magnificent magnanimity marathon. Stories at the Center is a Hebrew anthology about kids, written by kids for kids (a shorter English version is available). Twenty-eight third through sixth graders – one-third of whom are Ethiopian-Israelis – won a writing competition that received 2,000-plus entries this year alone. All entries were work-shopped intensely – critiqued, reworked and rewritten as part of ICEI’s “It’s Elementary!” whole-school improvement program. I wish my kids received such writing instruction. “REINFORCING THIS cycle of learning and skills development is at the heart of ICEI’s educational philosophy,” Futterman explains.Many of these marvelous stories would roll off the pens – or laptops – of kids anywhere. They are about kids being adopted, being taunted, being different and imagining what seedlings or trees think. Kids being kids. Yet these kids write so maturely, with precision, poignancy, and particularity – the fruits of amazing coaching. Inevitably, many stories also radiate Israeliness: casual biblical references; inspiring tales recalling Ethiopians’ superhuman efforts to make aliyah; heartbreaking critiques of police brutality; vivid descriptions of “chicken, schnitzel, kebab, burekas, mafroum, harime, salads, hamburgers, shishkebab, shwarma, and gefilte fish” – in an updated Little Red Riding Hood wherein “grandmoosh” turns the wolf into kebab. Upon receiving 2018’s ICEI Lifetime Achievement Award for Hebrew Children’s Literature – another lovely initiative – Galila Ron-Feder Amit thanked Menachem Begin for telling her, “You should know that only the hearts of children are open. And if you want to write to hearts and not to heads, write for children.” Begin’s insight suggests we need thoughtful, creative Jewish children’s books telling Israel’s story, recounting Zionist history, chronicling how various Jewish communities developed. Too many Jewish stories my kids heard in their Jewish day school revolved around Eastern European poverty and antisemitism. We need stories rooted in contemporary Jewish life: the shofar that didn’t blow in suburbia: the sukkah that collapsed in a noreaster’, the kids who extinguished an arson-kite fire on a kibbutz bordering Gaza – complementing these kinds of textured, slice-of-life, Israeli stories, some with heavy Israeli accents, some with lighter ones. This beautifully-produced volume, published by Yedioth Books, with the backing of its CEO Dov Eichenwald, premiered during Hebrew Book Week. It “took the media by storm,” Futterman recalls. The young authors wowed grizzled TV and radio hosts with their “poise and confidence... their verbal acuity and thoughtful responses,” in describing their “writing process.”We know how life-changing reading a book can be. Think how transformational writing each story was – even if you competed yet lost. Every writer learned to think critically, to express emotions eloquently and to learn joyfully. Careful tracking studies show that most program participants left empowered with new skills and new determination to become “haves” and then to help our have-nots. This new happy army of active learners – bolstered by books and wielding their words – are heralds of a better Israel. They’re also walking advertisements for many of us who are seeking a cause, a mission, a way of being one of society’s givers not takers.The writer is the author of The Zionist Ideas (Jewish Publication Society), an update and expansion of Arthur Hertzberg’s classic anthology. He is a Distinguished Scholar of North American history at McGill University and the author of 10 books on American History, including The Age of Clinton: America in the 1990s (St. Martin’s Press).