The millennial voices must be heard 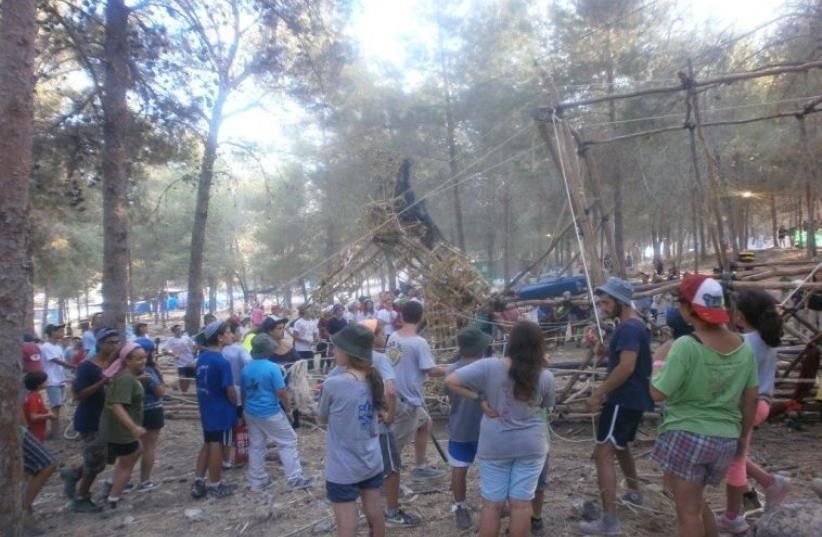 New Campsite for Youth Dedicated in Maginim Forest
(photo credit: KKL-JNF)
Advertisement
There is a Jewish proverb that declares, “No one is as deaf as the man who will not listen.”Conversations around the Jewish dinner – and boardroom – table are focused on some hot topics these days: Iran, Jewish continuity, pluralism, battling the boycott movement and the assault on Israel’s legitimacy, and fine-tuning Jewish identities to fit today’s global citizens, to name a few.With these issues at the forefront of the collective Jewish mind, vast amounts of communal and organizational resources and time have been spent in efforts to find lasting solutions to these defining challenges of our modern age.And yet, too often these problem-solving sessions take place in a top-down fashion, ignoring the perspectives of young leaders and change makers – in other words, those most affected by policies aimed at securing a brighter future for the Jewish community.While there are organizations making a strong effort to include younger voices in their discourse – through gatherings, speaking opportunities, board and lay leadership positions and more – this practice has yet to become the norm in the Jewish world.The result is that there are not enough venues and opportunities for these key voices to be heard: many conferences and events on the Jewish community’s calendar are designed with agendas that are of little interest – or even alienating – to potential younger participants.There is no doubt that one of the most significant challenges facing Jewish leadership today is to find new methods for encouraging greater engagement among Jewish millennials with the larger conversations being held in the Jewish world. Without their voices, input and buy-in, how can our solutions to the other issues be sustained? Last month, we brought together 150 young innovators and change makers from a variety of nationalities and backgrounds for the ninth annual ROI Summit in Jerusalem. We offered them the opportunity to define for themselves the topics that they wanted to broach with their peers; in other words, we worked with a bottom-up model, and gave the millennials the chance to lead the conversations.We found that participants desired to speak about many of the pressing issues already on the Jewish community’s radar – though with a fresh perspective that only this generation can bring to the table.Walking among the different groups, it struck me yet again that not only do these young people have important things to say, but also they are having the same conversations that many in the Jewish world are conducting without them. They challenged the Jewish establishment to solve the problems of today in different ways than they solved the problems of yesterday, hitting home with the simple fact that the millennial generation’s knowledge and understanding of global issues are indispensable for meeting the challenges of the Jewish world.The young leaders at the ROI Summit demonstrated a desire to take control of their communal destiny and drive the conversation, rather than have it driven for them. Theirs was a cry not for help, but to help and to be part of the solution. I am certain that this motivation is shared by countless other young Jews.THUS, WHILE the Jewish media is inundated with stories of doom and gloom and Jewish youth who do not – or cannot – find their place in our community, I left the ROI Summit with a major dose of optimism about the Jewish future. I witnessed firsthand the ample passion and enthusiasm felt by Jewish millennials from every background once their voices are heard. They do not want to “check out” of the conversation; rather, if you give them the opportunity, they’ll engage wholeheartedly. It is our job to hear these young leaders’ perspectives, for it is they who, ultimately, will be leading the Jewish community into the next generation. The voices of Jewish millennials, particularly those at the cutting edge of their respective fields, are the key to Jewish continuity.We must embrace the fact that Jewish millennials have their feet planted in multiple worlds. They are social entrepreneurs, mothers, brothers, politicians, athletes, friends, Jews and more – and they are deeply rooted in and passionate about all of these aspects of their identities. They are working tirelessly to make the world a better place and their voices are vital to formulating a vision of a better Jewish tomorrow.Let us invite them to share their multifaceted perspectives on the critical issues we are discussing in the Jewish community. Ask for their advice, invite them to lead panels and speak at conferences, and place them on boards and in C-suite positions in the Jewish establishment’s most influential organizations.Their worldliness can only be to our advantage.

The author is community executive director of ROI (Return on Investment), an organization funded by the Charles and Lynn Schusterman Foundation which supports younger Jews engaged in creative projects – either Jewish or humanitarian.