The mouse that roared

Israelis are voting with their feet, and for over 99% of them religion (whether they choose to practice it or not) means Orthodoxy. 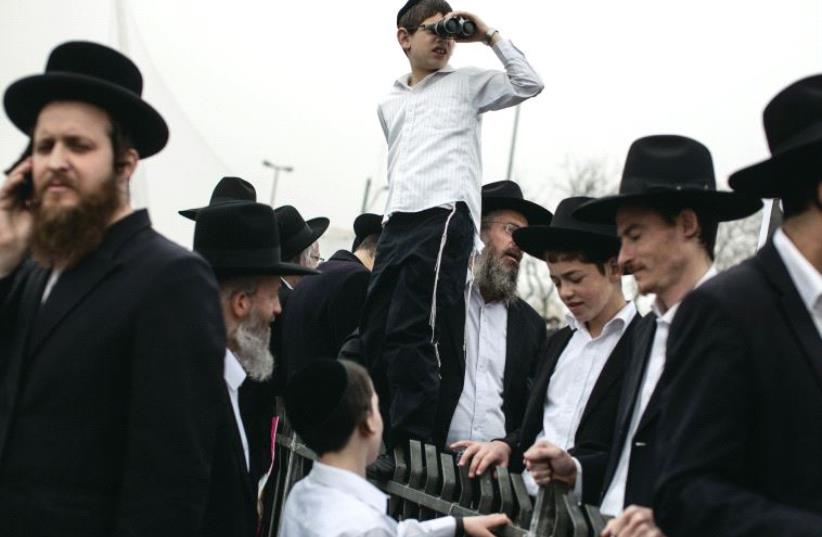 Orthodox Jews
(photo credit: REUTERS)
Advertisement
The High Court of Justice is expected to finally hear and rule on the Western Wall controversy next week.Anyone who has followed international Jewish media or heard the rhetoric coming out of the liberal movements in the past couple of months would think that the issue is big enough to bring the sky down. In late June, Prime Minister Benjamin Netanyahu modified the Western Wall compromise.He maintained the commitment to enlarge and refurbish the existing pluralistic prayer area at the Wall, yet rejected the idea of a joint entrance with the traditional section and an official government committee to administrate the area. He was responding the protests of religious parties, who believe that these elements would fundamentally erode the religious status quo in Israel.In the wake of Netanyahu’s decision, the Reform and Conservative movements, supported by the Jewish Federations, orchestrated a public outcry, claiming an imminent break in Diaspora-Israel relations.When one major donor in Miami announced he would suspending his giving, they claimed this to be a new trend.Unfortunately for them, the liberal movements have failed to ignite their base. Yes, the leadership is troubled by Netanyahu’s decision to accept parts of the Western Wall compromise and reject others. However, the dire warnings of an international crisis have proven to be unfounded. A recent survey by JGive, an Israeli coalition for a variety of charitable funds, donations are not down. JGive’s poll of 400 charities shows donation levels on par with those of last year.In response to these findings, the Reform movement in Israel created a new PR spin. Rabbi Gilad Kariv, executive director of the Israeli Reform movement now claimed the controversy will have long-term impact on young Jews and affect support for Israel within AIPAC and Israel Bonds. Kariv has no facts to back up his assertions. It’s safe to say that just like all the other predictions of doom and gloom, this one will also fail to materialize. Fortunately, we don’t have to wait too long. With the next AIPAC convention just six months away, it will be easy to gauge any changes in attendance. My guess is that Kariv’s prophecy will once again be proven false.The Israeli Reform leadership’s aggressive PR spin is meant to compensate for the fact that the movement has little grassroots traction. Out of over 10,000 synagogues in Israel, only some 40 are Reform. The Conservative movement has similar numbers. All told, there are approximately 10,000 Jews in these communities, including men women and children. That is just .02% of Israeli Jews. A significant majority are English speaking immigrants. Even in secular Tel Aviv, there are 550 Orthodox synagogues, yet only one Reform Temple.Israelis are voting with their feet, and for over 99% of them religion (whether they choose to practice it or not) means Orthodoxy. Kariv, and his associate at the Israeli Conservative movement Yizhar Hess, have almost no political constituency in Israel.Their only card is an “impending crisis with world Jewry.” What they don’t tell you is that the liberal movements face serious challenges. Internationally, they are very small. All told, the Conservative and Reform movements combined comprise just 1,800 congregations around the world. Compare that to over 3,500 synagogues run internationally by Chabad alone. Even in the US, where the liberal movements have been traditionally strong, their numbers are shrinking.According to the PEW Survey, only 11% of adult American Jews are members of Conservative synagogues and only 14% are members of Reform temples. This is why the Reform movement is trying to bully Israelis with scare tactics. “Jews are being turned off, young Jews will cease to affiliate, donations will fall.” Just one problem – it’s not true. And it is not effective either. If liberal Jewish movements want support for their viewpoint in Israel, they need to earn it. They need to create vibrant, relevant Judaism Israelis would want to embrace.So far that hasn’t happened. In the meanwhile, let’s admit the truth: the sky is not falling. All that noise is just a mouse that roared.

The author is the co-founder of Women For the Wall, a grassroots organization dedicated to preserving the tradition at the Western Wall in the spirit of Jewish unity.