Why should we import workers to the Israeli economy while young Israelis from lower socioeconomic backgrounds are not given the opportunity to acquire an education? 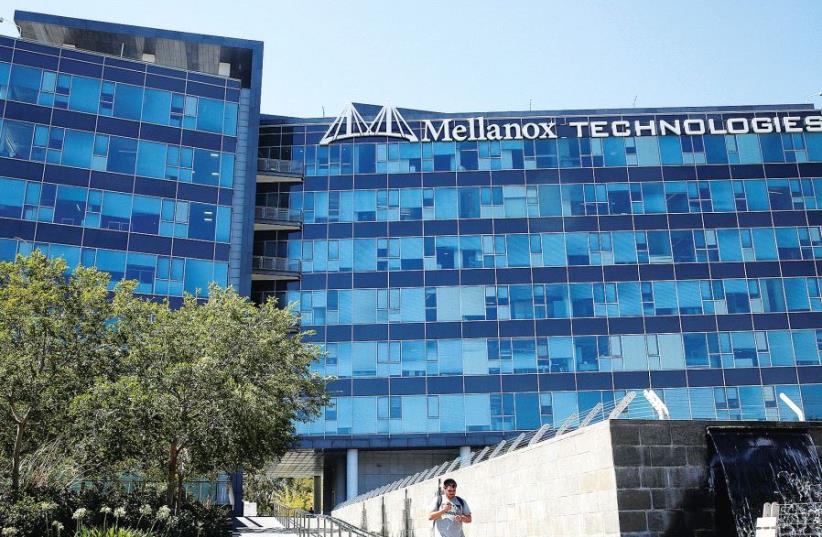 We need more of this. The logo of Mellanox Technologies is seen at the company’s headquarters in Yokne’am
(photo credit: REUTERS)
Advertisement
Two pieces of recently published data run along parallel lines, and if we could only find a way to bring them together we could make progress, on the one hand, with solving the problem of Israel’s shortage of engineers, and on the other reducing the socioeconomic gaps between the different social classes in Israel.The government has of late approved a national plan to increase skilled manpower in the high-tech sphere to provide a solution to the current shortage of engineers and programmers. Among measures to be taken is the government’s desire to increase the number of students in the hightech professions in the higher education system and also to encourage foreign workers from abroad to come to Israel to work in the field.At the same time, the Adva Center recently released a report depicting the already familiar widening social gaps in higher education in Israel. The figures are alarming, clearly showing the low number of young people from weaker communities that have acquired an academic education. While the rate of undergraduate students at universities and colleges from established communities stood at 21.5% this year, the rate for development towns was only 12.6% and it was even less in Arab towns.It is not only the economic situation of the young people from the geographical and social periphery that constitutes a barrier, but also the lack of guidance toward higher education and low expectations in general. This factor also influences choice of profession and career. It is for good reason that the Central Bureau of Statistics’ data indicates that 20% of the students who reside in clusters 9-10 (ie. established communities) studied engineering-related fields.Despite a significant improvement in accessibility of higher education in Israel, due to the geographical distribution of higher education institutes and the new alternatives to psychometric tests, for example, as well as entrance exams tailored to specific fields, cultural capital is still an important factor in maintaining inequality in higher education.That being the case, the same trained manpower, the same potential engineers the state is trying so hard to encourage to study and become qualified, are among us, but we need to direct them and open the door for them. We must act to raise their expectations of themselves and the expectations of the environment and the system of them. We must provide information and raise their sense of competence.The gaps in the high school education system, and even earlier, must be taken care of systematically and thoroughly, and excellent teachers should be encouraged to stay in or move to weaker communities.Why not earmark at least a small percentage of the NIS 900 million that have been allocated to the national program to improving the chances of young people in the periphery being accepted to and completing academic studies in fields of engineering and technology? Why should we import workers to the Israeli economy while young Israelis from lower socioeconomic backgrounds are not given the opportunity to acquire an education? It might be appropriate to revisit the cultural barriers to entry into higher education and consider using the government budgets in a way that will help direct young Israelis to fulfill their potential, even if this potential is not yet obvious to them. So that when the time comes, the gaps in education and later in academia will be reduced. This could be done by using the budgets which have been earmarked for wages for foreign high-tech workers, which are equal to twice the national average wage, as was determined by the national plan that was approved by the government.The author is president of the Shamoon College of Engineering (SCE).