This normal life: Texting on Shabbat? Guidelines for the observant Jew

Jewish law today would exclude Shabbat- observant Jews from all that. It’s time to start addressing not only our past but where we’re going. 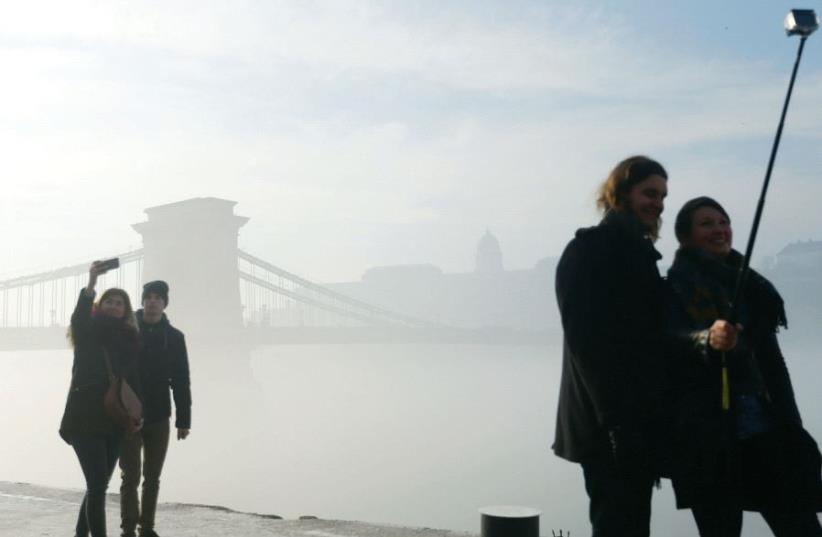 Tourists take pictures (illustrative)
(photo credit: REUTERS)
Advertisement
The growing phenomenon of Orthodox Jewish teenagers keeping what’s been called “Half Shabbos” burst into the Jewish media several years ago. “Half Shabbos” describes someone who observes all of the Sabbath regulations except one: using his or her smart phone to send text messages.Religious leaders reacted predictably to the revelation of what had been going on undetected right under their noses.“It is universally accepted in the Halacha- respecting community that electronics are off-limits on the Sabbath,” said Agudath Israel spokesperson Rabbi Avi Shafran.Texting on Shabbat is “very distasteful and not permissible on Shabbos,” warned the Orthodox Union’s Rabbi Moshe Elefant.The phenomenon “represents only the tip of the iceberg of a much deeper apathy with respect to Hashem [God] and His Torah,” lamented Jonathan Rosenblum in Jewish Action magazine.But what if instead of seeing Shabbat texting as a scourge to be fought, the rabbis considered “Half Shabbos” as a kind of glass half full? After all, kids using their phones on Shabbat aren’t leaving the fold. As one teen told The New York Jewish Week in 2011, “I was not driving” on Shabbat. “I was not eating non-kosher.” Just texting.Moreover, there are fascinating, phonological reasons why texting on Shabbat has taken hold. Texting is, in many ways, more akin to spoken language than writing.“We speak in word packets of seven to 10 words,” Columbia University professor John McWhorter explained in a popular TED Talk. Texting is similar.“It’s much more loose, much more telegraphic” than the written word, McWhorter continued. Indeed, the very lack of proper punctuation, capitalization and conventional grammar in a text message reflects the speed and nature of real speech. ”It’s an expansion of [people’s] linguistic repertoire.”Shabbat, of course, is all about talking, of building human relationships because you’re not at work or sitting in front of the television. Is it any wonder, then, that this new form of communication is so compelling davka on Shabbat? At the same time, there’s been pushback against texting – and all use of electronics on Shabbat – from outside the religious world.Filmmaker Tiffany Shlain is a member of Reboot, an organization which promotes the secular-friendly “National Day of Unplugging.” She opened her AOL Web series “The Future Starts Here” with an episode advocating shutting down one’s devices on the Sabbath.Shlain’s point: Marking Shabbat as a “day of distinction” has immense value for Jews who want to bring the most relatable traditions from Orthodoxy into a secular lifestyle.But what if you can’t – or don’t want to – entirely turn off and stop texting? Perhaps it’s time to create some guidelines for “observant texting” on Shabbat. Guidelines that can help Orthodox teens feel like they don’t have to hide in the bathroom while “sinfully” texting their friends, and that the rest of us can use to balance between WhatsApp and what’s for dinner.First and foremost: no texting at the table during meal time. It’s hard enough during the week to get members of our family to not check their phones for a few minutes between bites of tofu and rice. On Shabbat, it’s essential.Second, no texting in public – even if all present are Shabbat texters. It creates a safe space where everyone knows face-to-face conversation is paramount. That’s not religious coercion: Everyone can do what they want in their own rooms. And because the rule is clear, there’s no sneaking around.Why not leave your phone at home while walking the dog or taking a Shabbat afternoon stroll? I admit this is a tough one for me and I don’t always stick to it. But you’d be amazed what a little mindfulness does when your attention is turned to your external surroundings, not the podcast voices of Jad, Ira and Sarah in your headphones.Set “quiet hours” for texting. Just as loud music and outdoor ball playing is supposed to cease between 2 and 4 p.m. in Israel, try that with your phone. Tell your friends in advance: here’s when I’m taking a texting break.No selfies: one day a week you can skip documenting (and sharing) who you met or what you ate. What happens on Shabbat stays on Shabbat.If you leave your phone on at night at your bedside, put it on airplane mode once a week. Not only will you be spared eight hours of potential radiation danger, you will probably sleep better knowing you won’t be woken up in the middle of the night by an “urgent” text from a friend.Extend these guidelines to your iPad and other devices where it might not be texting that’s the draw but checking the latest news. Sometimes there’s really important stuff that breaks over Shabbat. More often than not, it can wait (at least until quiet hours are over).As reading increasingly moves away from print towards eBooks, it seems unfair to cut access to your online library.Try limiting your phone or iPad use to your Kindle or iBooks apps if you have the willpower. Keep Chrome closed.The future will see our phones and our brains become ever more enmeshed. Direct feeds, smart contact lenses, bio implants, automatic real time translation à la Star Trek are not just the stuff of far-off science fiction.Jewish law today would exclude Shabbat- observant Jews from all that. It’s time to start addressing not only our past but where we’re going.It starts with a text on Shabbat.■ The author is a freelance writer who specializes in technology, startups and the entrepreneurs behind them. More at www.bluminteractivemedia.com.