Truth is not a political position

"Supporting the ‘right of Jews to live in Judea and Samaria is also a rational, centrist human-rights position." 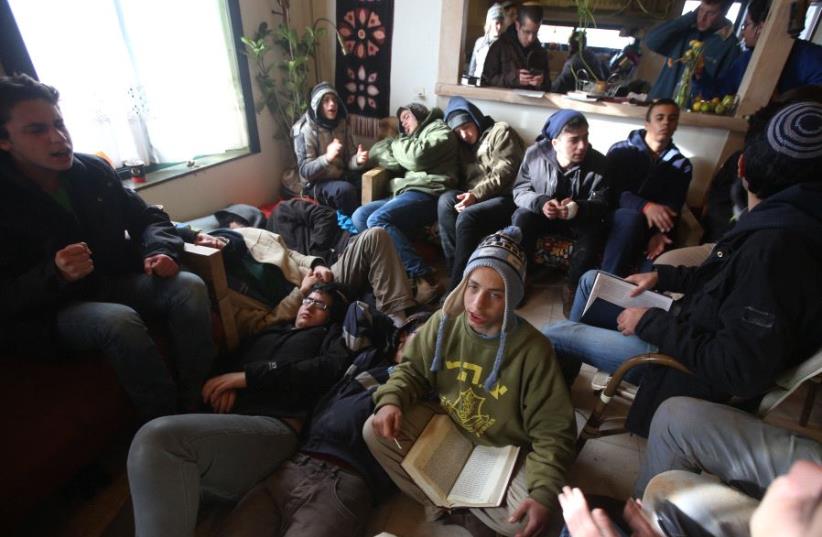 Evacuation of Amona
(photo credit: MARC ISRAEL SELLEM)
Advertisement
Truth is not a political position. Yet some who disagree with the Zionist Organization of America (ZOA ) wrongly label it and similar groups “right wing,” “ultra-right” or even “extreme.” Hurling such labels avoids fair, reasoned, fact-based debate on the issues, and instead attempts to delegitimize us.It wasn’t “far right” or “right wing” for ZOA to predict the Oslo accords would lead to more terrorism, not peace – when on the very same date the accords were signed in Washington, Yasser Arafat broadcasted his “stages” message in Arabic: “Since we cannot defeat Israel in war we do this in stages. We take any and every territory that we can of Palestine, and establish sovereignty there, and we use it as a springboard to take more. When the time comes, we can get the Arab nations to join us for the final blow against Israel.”Then Arafat and later Palestinian Authority President Mahmoud Abbas failed to fulfill any of their signed agreements. Arafat and Abbas did not stop inciting hatred and violence against Jews, ban terrorist groups like Hamas or collect illegal weapons. Instead the PA ’s leaders named schools, streets and sports teams after Jew-killers and glorified terrorists with posters and parades. The PA ’s official emblems, stationary, school atlases, maps, stamps and textbooks show all of Israel as Palestine. The PA teaches its children to use knives and car-rammings to “liberate” “Palestine,” and pays terrorists to murder Jews.Opposing Oslo was a rational, centrist position.Nor was it “right wing” to oppose the unilateral Gaza/Northern Samaria withdrawal that heartlessly removed 10,000 Jews from their homes. Druse MK Ayoub Kara correctly warned that Hamas – whose charter calls for the murder of all Jews and Israel’s destruction – would take over Gaza and make it a base for attacking Israel. Evacuating every Jew from Gaza without any Palestinian concession sent a provocative message of Israeli weakness and that Jews had no right to live there. Opposing the Gaza withdrawal was a rational centrist position. Americans opposed the withdrawal by four to one (63% to 16% – McLaughlin & Associates June 2005 poll). The nationwide Likud referendum in Israel also opposed the withdrawal by 60% to 40%.It’s also not “right wing” to oppose dividing Jerusalem. It’s a myth that Jerusalem is holy to Islam. The word “Jerusalem” never appears in the Koran; Jerusalem appears 700 times in Judaism’s holy books. When Jordan occupied eastern Jerusalem (1948- 1967), it allowed Jerusalem to become a slum and didn’t allow Jews access to Jewish holy places. The Jordanians destroyed 58 synagogues in eastern Jerusalem. No Arab leader except Jordan’s King Hussein ever visited Jerusalem.Supporting the right of Jews to live in Judea and Samaria (“West Bank”) is also a rational, centrist human-rights position. Judea and Samaria is the Jewish people’s ancient, historic, religious homeland, which the Jewish people are entitled to under international law. We are called “Jews” because we are from Judea. If it’s Arab land, why is “Palestine” a Roman name? The PLO ’s 1964 charter said that the PLO “doesn’t exercise any territorial sovereignty over the West Bank.” And in 1988, Jordan relinquished all claims to the West Bank. It is racist to not support the right of Jews to live there.There is also nothing extreme about opposing a Hamas/Fatah Palestinian Arab state. (Fatah is the PA ’s ruling party, and is politically aligned with Hamas.) A Palestinian state would be an armed terrorist state threatening Israel, similar to Hamas-controlled Gaza – but with even more dangerous missiles near Israel’s major population centers. Polls show that Hamas would win elections in both Gaza and the West Bank (Reuters). Iran bragged three years ago that it had already begun arming the West Bank and that its efforts will lead to Israel’s annihilation (AP).Thus ZOA ’s views are widely shared.In an October 2016 American Jewish Committee (AJC) poll, 81% of American Jews agreed that the Arabs’ goal is not obtaining territory “but rather the destruction of Israel.” Surely all these Jews are not “extreme” or “right wing.” Most of them voted for Hillary Clinton.The reality is that the PA does not want a state if it means accepting the Jewish state or making any significant concession. The Palestinian Arabs were offered a state in 1937 (Peel Commission); 1947 (UN Res. 181); 2000 (Ehud Barak offer); 2008 (Ehud Olmert offer) – but said no every time. And they never established a state when Arabs controlled the West Bank, eastern Jerusalem and Gaza from 1948-67. Statehood will also not transform the PA into a human rights-loving peaceful society. Syria, Libya, Iran and North Korea are sovereign states. Have they become peace-loving? Prior to heading the ZOA , I worked with two-time Noble laureate (chemistry/peace) Linus Pauling. Professor Pauling would frequently say: “Mort, what does the evidence require us to believe?” This levelheaded reasoning guides ZOA ’s outlook and policies. We look at the facts, instead of engaging in divorced-from-reality fantasies and wishful thinking. As Winston Churchill said: “You must look at the facts, for the facts are looking at you.”The positions of ZOA and like-minded people have been proven painfully correct. It’s time to stop labeling our rational centrist positions as “right wing” or worse.

The author is the national president of the Zionist Organization of America.
Advertisement
Subscribe for our daily newsletter