It is somehow not surprising that the UN should still be in some kind of doubt (denial?) regarding the nature of Zionism. 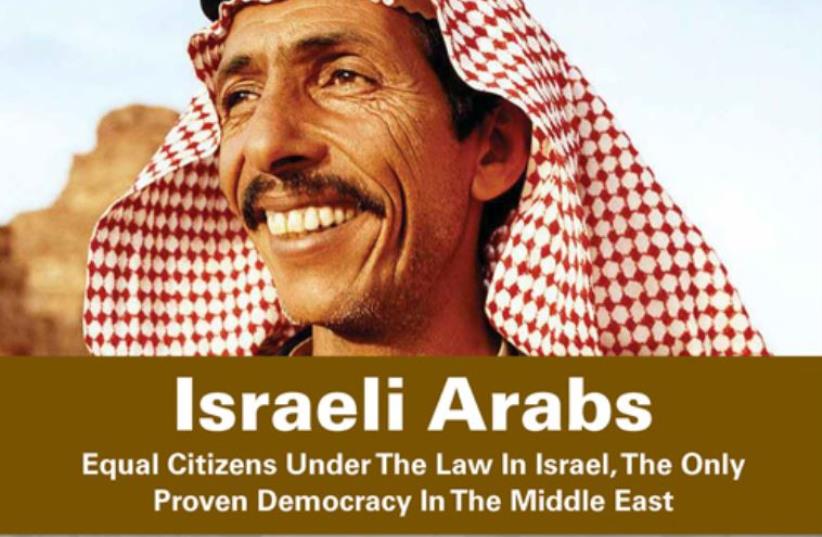 One of the Israeli delegation and advocacy organization StandWithUs's censored displays
(photo credit: STAND WITH US)
Advertisement
A so-called “miscommunication” led the United Nations to ban a display about Zionism from an Israeli exhibition at its New York headquarters this week, a UN spokesman said. That it was ultimately approved by a UN body of Zionism experts fails to explain why two other panels were rejected.The Zionism panel was one of three that were originally censored by the world body and the only one to be eventually approved. But not the one on Jerusalem as the capital of the Jewish people for some 3,000 years, and on Israeli Arabs, Israel’s largest minority.It is somehow not surprising that the UN should still be in some kind of doubt (denial?) regarding the nature of Zionism. One would think that the body that passed a resolution in 1975 claiming that Zionism is racism and reluctantly revoked it in 1991 would be more familiar with the national liberation movement of the Jewish people.The Jerusalem panel depicts the Jewish people as “indigenous to Israel” since biblical times. It notes that “Jerusalem has been the center and focus of Jewish life and religion for more than three millennia and is holy to Christians and Muslims as well.”The panel on Israeli Arabs refers to the group as “the largest minority in Israel, making up 20 percent of Israel’s population.” It stresses that, despite the turmoil in countries surrounding Israel, its Arab citizens have equal rights under the law.Ambassador to the UN Danny Danon called on Secretary- General Ban Ki-Moon on Sunday to reverse the decision and to “apologize to the Jewish people.”“By disqualifying an exhibition about Zionism, the UN is undermining the very existence of the State of Israel as the homeland of the Jewish people,” he said on Sunday.That did not move the powers that be. “The displays need to be in conformity with the purposes and principles of the organization,” said Secretary-General Ban Ki-moon’s spokesman, Stéphane Dujarric. “We are the custodians of this space and so it falls to us to make the call of whether proposed exhibits are in conformity.”Conformity with historical fact, or a long-standing campaign to delegitimize Israel? Regarding the panel about Jerusalem as the capital of the Jewish people, Dujarric explained that displays should be in line with international legality, which does not recognize Israel’s capital for the 2,930 years it was before resuming its role as unified capital in 1967.“We also try to the best of our ability to keep these spaces free from polemics,” Dujarric pathetically tried in vain to explain, volunteering that “we’re dealing with understandable sensitivities.” Obviously not Jewish nor Israeli ones.Dujarric nobly pointed out that “we’re dealing with 193 member states, who all have to feel that this is their house.” Israel has ceased to feel at home at the UN for decades.“As general rule,” he concluded, “the aim of these exhibits is to allow member states to showcase cultural and/or social achievements, their history.” Except, in Israel’s case, if these include cultural and/or social achievements and history.The very illogic of the UN environment fosters such a state of denial, a kind of 1984 attitude where UN bodies have been hijacked by perpetrators of international crime who meet regularly to condemn only Israel. Consider: • Iran, which stones women to death for adultery, was appointed to the UN Commission on the Status of Women.• While Muammar Gaddafi was still the dictator of Libya, in 2010 the UNHRC published a report praising his human rights policies.• A Sudanese envoy, whose president is wanted by the International Criminal Court for crimes against humanity, was elected vice president of the Economic and Social Council, which governs human rights.• North Korea was elected chair of the Conference on Disarmament.• Last year the World Health Organization pass a Syrian resolution claiming that Israel was “targeting the health of Syrians in the Golan... injecting them with pathogenic viruses.”Hours after the exhibition opened on Monday morning, the misunderstood banned display panel about Zionism was restored. But the UN remained in its bizarre denial of the panels on Israel’s history and Arab community.