What would a different prime minister say?

Both during his campaign and following his victory, President Trump had stated in interviews that he wants to broker “the ultimate deal” between Israel and the Palestinians. 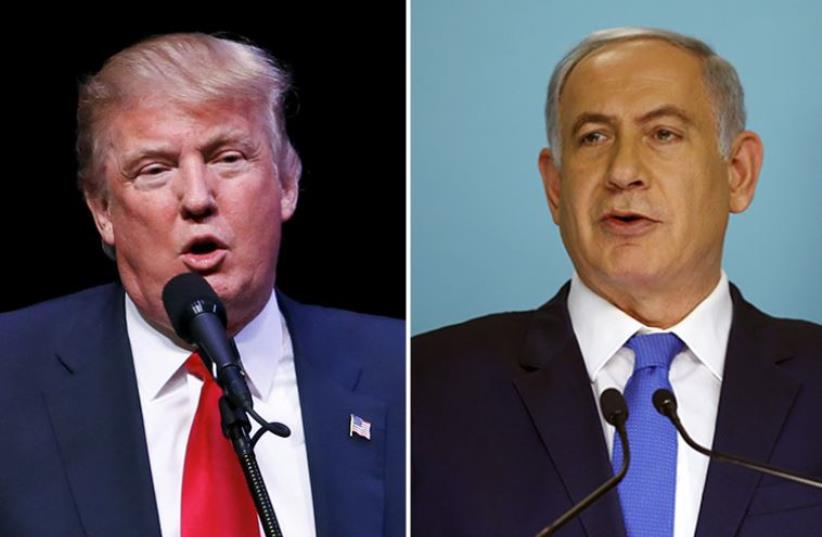 Netanyahu and Trump
(photo credit: REUTERS)
Advertisement
Today a first meeting will take place between US President Donald Trump and the Prime Minister Benjamin Netanyahu. As Israel’s longest-serving Knesset member and a candidate for the leadership of the Labor Party, I took it upon myself to draft an example of what a meeting between President Trump and a different Israeli prime minister could have looked like.To begin with, Israel’s decisions on critical and existential matters must be patently Israeli. We want American mediation, facilitation, diplomatic cover and support, but the decisions are Israel’s to make. Adhering to what a majority of Israeli society – myself included – considers to be in their country’s best interest, an alternative meeting with President Trump would have concentrated on a few key issues: the peace process, including relations with the Palestinians, the Israeli-Syrian border, the Iranian challenge and the nature of US-Israeli relations going forward.Both during his campaign and following his victory, President Trump had stated in interviews that he wants to broker “the ultimate deal” between Israel and the Palestinians.That is good news for Israel. The basis for any discussion on the issue should be partition: separating into two distinct national territorial entities. That is the only way to maintain a democratic homeland for the Jewish people.Israelis and Palestinians are facing a major trust deficit, which can be addressed by an American mediator who makes sure both sides behave reasonably toward one another, begin to cultivate a sense of fair conduct between the two parties and refrain from taking any action that undermines the feasibility and attainability of a future compromise.President Trump was right to maintain in a recent interview with Israel Hayom that there is a limited amount of land, which decreases each time a new settlement is constructed. Accordingly, in an alternative meeting, the prime minister would have committed to unconditionally concentrate all settlement activity in the West Bank in the three major settlement blocs, recognized already by president George W. Bush, and also by the Palestinian leadership in past negotiations, and move into them all the residents of the small settlements and outposts situated in the heart of Judea and Samaria (the “West Bank”).An American-backed resolution in which Israel gives up control of most of the West Bank (on a clear timeline, with checks and balances) would first and foremost serve Israel’s interests. It would further allow the option to hold negotiations with the Palestinian leadership, with the engagement of moderate Arab states, on the basis of the 1967 lines, with land swaps that leave over 80% of Jews living west of the separation barrier in Judea and Samaria and east Jerusalem under Israeli sovereignty, while enabling the Palestinians to get a fair deal too.The prime minister need not waste time. He can use his first meeting with President Trump to present a detailed map of the desired borders for the State of Israel – as I myself presented as part of a comprehensive plan in 2015.At the same time, the US administration could commit to ensuring the Palestinian leadership behaves reasonably toward Israel, too, for example by renouncing all its international litigation against Israel and maintaining security cooperation with it.Both President Trump and Secretary of State Rex Tillerson have extensive ties to the Arab world, as well as with Russia’s President Vladimir Putin. These would not only revitalize a structured, coordinated, gradual and monitored process that would serve Israel’s long-term strategy of separating from the Palestinians, but also open the prospects for a broader economic and strategic integration of Israel into the Middle East.Across the Syrian border there is a tragedy of historical proportions that cannot be ignored. Israel will continue to contribute to the humanitarian effort by treating wounded Syrians in hospitals adjacent to the border, absorbing a share of orphaned children refugees, and would support international efforts to establish safe zones. At the same time, Israel is concerned about the new order in Syria once the war comes to an end.There are numerous state and non-state actors involved in the war, some of them fundamentally hostile to Israel’s very existence, and therefore information sharing and close coordination between the US and Israel are of paramount importance on both the security and diplomatic levels.One of these actors is Iran, with its expansionist and hegemonic aspirations, through direct influence and via proxies. The Iran nuclear deal (the Joint Comprehensive Plan of Action or JCPOA ) neither addresses Iran’s global and regional support of terrorist activity nor provides any guarantees it will not become a nuclear state or nuclear threshold state following the deal’s 15-year term. The US and Israel ought to remain closely coordinated on this challenge too, including maximal information and technology sharing to counter Islamist terrorism.Trump’s approach of pragmatic deal-making is cause for cautious optimism. As a point of reference, Israel does not seek to be a proxy or province of the US, but an ally, which contributes its share in all international efforts – from military engagement against terrorist organizations to mitigation of poverty via development efforts. Israel may be the most stable democracy in the Middle East, but it has every hope that democratization takes place everywhere.Finally, while Israel is the home of the majority of world Jewry, American Jewry is a large, independent community.Had President Trump met a different prime minister today, he would have also heard concerns about the rise of antisemitic incidents in America over the past year.As much as Israel takes pride in its relationship with the US, antisemitism will always remain a major cause for concern.At least on this point, I hope Prime Minister Netanyahu conveys a similar message.

The author is the most veteran Knesset member, a former deputy prime minister, defense minister and environmental protection minister. He is also the former leader of the opposition and chairman of the Labor Party, as well as head of the organization of trade unions, the Histadrut, and mayor of his hometown, Sderot.
Advertisement
Subscribe for our daily newsletter