Without peace education, you can’t have a peace process

Veteran observers of Middle East politics ask: What is there to negotiate about? 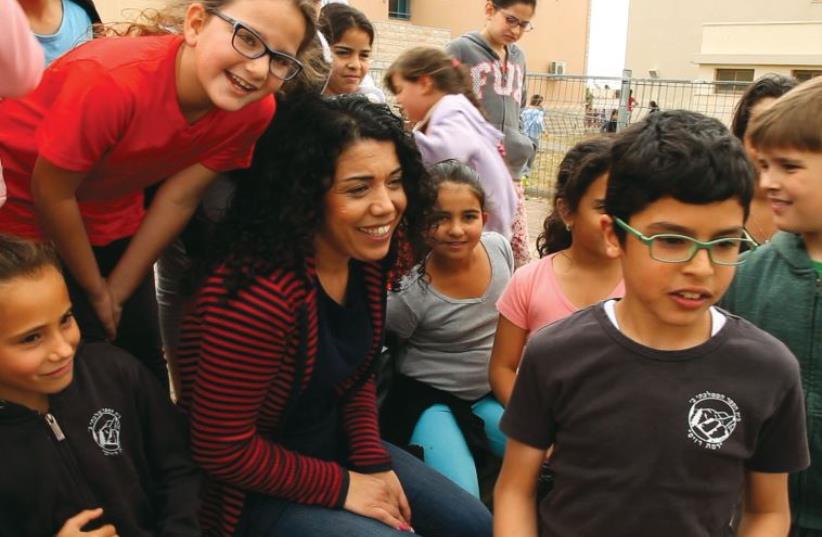 Wafa Hussein,a Muslim elementary school teacher of English and Arabic in a Jewish school in Safed who is loved by her Jewish students and strives for coexistence
(photo credit: IGAL HECHT)
Advertisement
US President Donald Trump has passionately called for the renewal of peace talks between Israel and Palestinian Authority. In that context, he is preparing to release his “deal of the century” after the Israeli elections on April 9.PA President Mahmoud Abbas has already labeled Trump’s plan the “slap of the century” and rejected its details before the deal has even been showcased.Veteran observers of Middle East politics ask: What is there to negotiate about?Let us begin with basics. The Palestinian Liberation Organization has yet to ratify the US–sponsored Oslo Accords that PLO leaders signed on the White House lawn with the leaders of Israel more than 25 years ago.The agreement, hammered out in Oslo, stipulated mutual recognition between Israel and the PLO.It required that the PLO would cease and desist from terrorism, and that the PA would cancel the PLO covenant, which calls for Israel’s destruction.A week later, the Knesset ratified the accord by a vote of 61 to 50, with nine abstentions.However, on October 6, 1993, the PLO executive convened and would not ratify the Oslo Accords, for lack of a quorum.Why is this important?Since the PLO did not ratify the accords and renounce terrorism, the PLO is still defined in Israeli and American law as a terrorist entity. According to both Israeli and American law, the PLO has never been stricken from either the Israeli or American law books as being “a terrorist entity.”Meanwhile, the other concrete commitment made by the PLO on the White House lawn, to cancel the PLO Covenant that calls for Israel’s destruction, remains undone.On two occasions the Palestinian National Council convened to discuss the PLO Covenant – on April 24, 1996, and on December 14, 1998, with no results.What, then, can we expect from the Trump “deal of the century?” No one knows the precise details of the Middle East peace proposal which President Trump has in mind to reveal after the Israeli elections.What we do know from sources in the US, the PLO, and Israel, is that the PA, run by the PLO, will not be replaced and will continue to function, and PLO policies will persist.What we know is that the Trump plan does not provide for a change in the status of 5,000,000 descendants of Arab refugees from the 1948 war who live in 59 “temporary” UNRWA refugee camps, where they have been living for the past 70 years under the illusion of the “right of return” to villages which, in some cases, no longer exist.What we know is that the Trump plan does not introduce a peace education program to replace the new PA war curriculum in all PA schools, which espouses a “right of return by force of arms” program in all PA and UNRWA schools.  On February 25, 2019, the Times of Israel reported that Trump’s senior Middle East adviser, son-in-law Jared Kushner, revealed that the Trump plan will address all final status issues, call for a united Palestinian leadership, and have a “broad economic impact” for the region.The time has come for the movers and shakers of US Middle East policy to realize that the mistakes made in the 25-year-long Middle East peace process since Oslo was that too little attention was paid to the necessary legislation and education for peace.Without peace education, you cannot have a peace process. The writer is founder of the Institute for Peace Education, and director of the Center for Near East Policy Research in Jerusalem