Mrs. Netanyahu took part in a special event marking the 25th anniversary of the movement's founding. 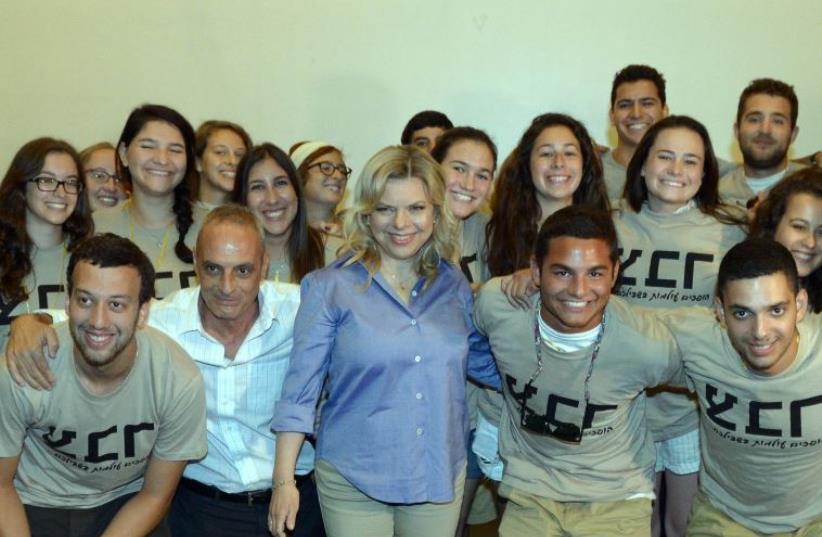 Israel's first lady, Sara Netanyahu, with lone soldiers from the Garin Tzabar program
(photo credit: HAIM ZACH/GPO)
Israel's first lady, Sara Netanyahu, has been named honorary president of the Garin Tzabar lone soldier youth movement program.Mrs. Netanyahu took part in a special event marking the 25th anniversary of the movement's founding. During the event, Mrs. Netanyahu was bestowed the honorary title by the movement's chairman, Eli Ben Yosef.Garin Tzabar brings together young Jews from all over the world who made aliya and puts them through a preparatory program in which they learn Hebrew and acclimate themselves to Israeli society and culture prior to their induction into the military."You are proof that Zionism lives and is not just limited to the pages of history," Mrs. Netanyahu said at the ceremony.