Dinstein led a team to study over 100 children with ASD and the symptoms they had over a 1-2 year time period. The children at the time were between the ages of 1-5 years.

By GADI ZAIG
Susana Cristo Anzola is pulled by her daughter Olivia, a 4-year-old on the autism spectrum, to enter a closed playground during the lockdown amid the coronavirus disease (COVID-19) outbreak in Madrid, Spain, April 9, 2020.
(photo credit: REUTERS/SUSANA VERA)
Advertisement

Getting diagnosed with autism spectrum disorder (ASD) at 2 and a half years or earlier can reportedly lead to improvements in social symptoms in later years, according to researchers at Ben-Gurion University.

Researchers at BGU stated that those on the spectrum diagnosed early would have better social skills than those who were diagnosed later in life. This highlights the importance of early diagnosis, as it would be critical to eliminate diagnosis barriers, according to Prof. Ilan Dinstein, head of the Azrieli National Centre for Autism and Neurodevelopment Research at BGU.

Dinstein led a team to study over 100 children with ASD and the symptoms they had over a 1-2 year time period. The children at the time were between the ages of 1-5 years.

All the research collected was published in the Autism peer-reviewed journal last month, which concluded that those who were diagnosed before 2.5 years were three times as likely to improve in the core social symptoms of ASD compared to those who were only diagnosed at a later age.

Dinstein stated that: "We believe this larger improvement is due to the larger brain plasticity and behavioral flexibility that is a fundamental characteristic of early childhood." 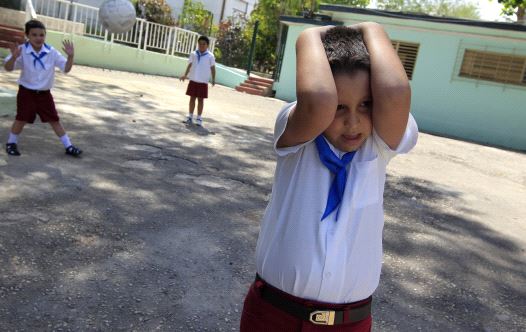 A child with autism plays with other children (file) (credit: REUTERS)

In regards to mental disabilities, a new report was published stating that American Jews that are disabled are twice as likely to live in poverty, according to a survey released by US nonprofit organization RespectAbility.

On the other hand, the survey presented that Jewish communal organizations are making steady advances to bring those who suffer from mental health and/or physical disabilities into a more inclusive environment.

65% of respondents in the survey felt that Jewish communities are better at including people with disabilities now than compared to five years ago, with only 1% saying that communities were actually doing worse.

In Israel, however, the country's treatment of those with ASD has been criticized by many parents and teachers, with many of them going on hunger strikes to protest the work conditions for adults on the spectrum.

Hannah Brown contributed to this report.