First comprehensive study of the third age in the coronavirus crisis

Residents of the Rubinstein Estates - optimistic and protected from the virus, those who stayed in their homes felt less safe

Residents of Poleg Estate from the Rubinstein Estates, Ilana and Effie Avni
(photo credit: RUBINSTEIN ESTATES)
Advertisement
How did 70-plus-year-olds really feel during the coronavirus period? A study conducted through the survey company Midgam reveals: 85 percent of sheltered housing residents felt it was the safest place for them during the corona outbreak.Learn more about Rubinstein Estates >>

72% of the residents of the Rubinstein Estates sheltered housing network reported that they were absolutely sure that there would be someone to take care of their food during the corona period. Only 52% of 70-plus-year-olds living in their homes reported a similar feeling. A comprehensive study conducted through the survey company Midgam reveals what really happened to the elderly during the outbreak of the virus: the anxieties, what gave them an opening for hope and where they felt safe.

The study examined at that time 235 respondents who live in the Rubinstein Estates sheltered housing network and on the other hand 726 who live in their homes in the community. The researchers noted that "both in the literature and in the prevailing policy, in recent years there has been a tendency to prefer leaving the elderly in their homes in the community over moving to treatment institutions on the assumption that their sense of independence and social support can be maintained. Particularly noteworthy in light of the corona crisis, a crisis in which the elderly population has been more vulnerable than ever. The most striking findings from our study relate to the significant differences found between 70-plus-year-olds living in sheltered housing settings and the 70-plus-year-old population in the general community in almost every parameter of sense of security and life satisfaction. Similar data have been found in the past in studies conducted in various countries such as the Netherlands and England. But in contrast to the first comprehensive study of the third age in the corona crisis: in the prevailing opinion, these data were also found during the peak period of the corona pandemic." 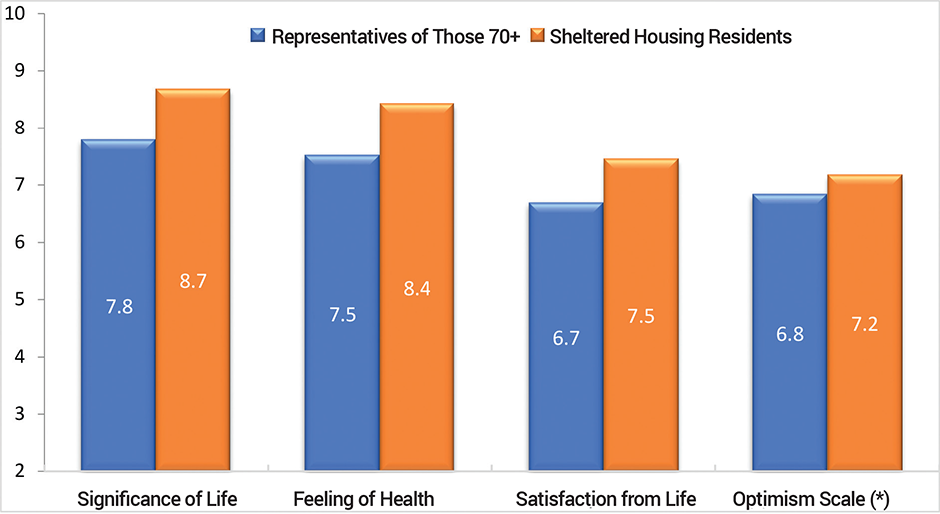 Researchers emphasize “the home we live in has a significant impact on our physical and mental health. 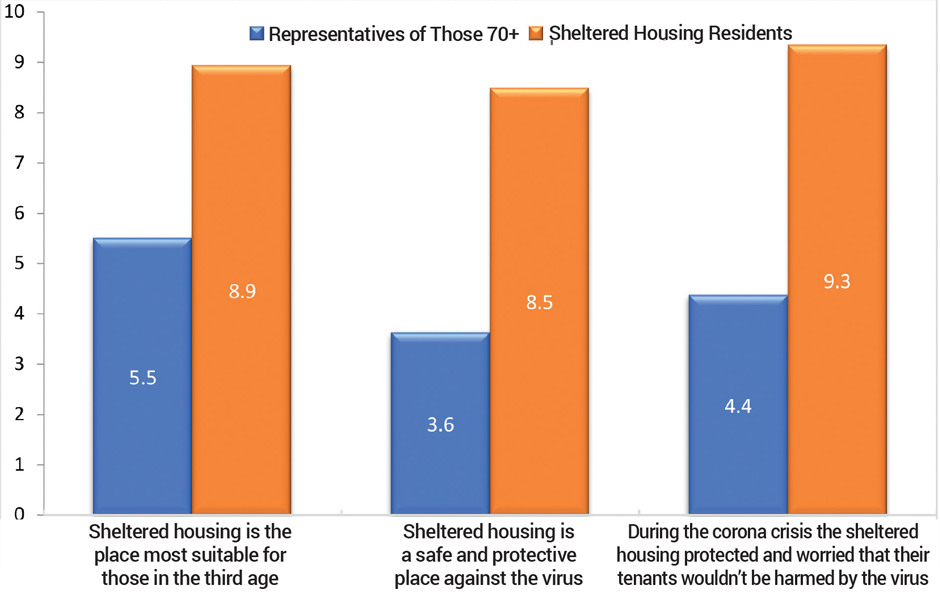 This fact is especially amplified with regard to groups of people who tend to spend a lot of time at home, with an emphasis on a population of 70-plus. The coronavirus pandemic, which has caused us all to be cocooned in homes, has further intensified the centrality of the home and the implications it has for the feelings of the elderly population. Compared to 70-plus-year-olds in the general population, sheltered housing occupants reported higher levels of optimism and sense of meaning to life as well as life satisfaction. In addition, at higher levels relative to the general adult population, the experience of sheltered housing occupants was that there were those who cared for them. The explanation for these findings lies in the fact that in sheltered housing there is a combination of the positive elements from both worlds, both of the institutions for the care of the elderly and of living in neighborhoods within the community. In sheltered housing, there is a combination of security and access to medical services along with independence and privacy. Indeed, our findings allow us to conclude that during the heyday of the coronavirus crisis, the communal and protective characteristics of sheltered housing increased tenants' sense of belonging and satisfaction with life compared to the feelings of adults living in the community. At the same time, it is important to emphasize that the findings of the study indicate that many people in their 70s who do not live in sheltered housing do not see sheltered housing as a suitable alternative. There seems to be a significant limit of knowledge among the general population about what is happening in sheltered housing, especially about what happened in these settings during the coronavirus days.”

Sheltered housing is a safe and protective place against the virusSheltered housing is the place most suitable for those in the third ageResidents of the Rubinstein Mansion Sheltered Housing Network felt they had more meaning to life, more satisfaction, more sense of health and optimism.92% of respondents living in sheltered housing answered that it is a good place to grow old.It is possible like this ... and it is also possible otherwiseIt's time to join Rubinstein EstatesA quality sheltered housing network that takes care of you 24/7

According to a study conducted through the survey company Midgam:

85% of Rubinstein Estates tenants felt it was the safest place for them during the corona crisis.

81% percent of tenants felt that there was always someone who cared about their health - compared to 68% of seniors living in their homes.A variety of apartments on a reduced deposit track for you to choose from: