Sights and Insights: Importance of remembering

Visit Yad Vashem on Holocaust Remembrance Day to honor those who died, remember those who saved lives.

By WAYNE STILES
APRIL 16, 2012 15:26
Yad Vashem 370
(photo credit: Wayne Stiles)
Advertisement
Wayne Stiles has never recovered from his travels in the Holy Land. Follow him on Twitter (@WayneStiles) or on his blog at www.waynestiles.com.At 10:00 a.m. this Thursday, sirens will ring loud throughout Israel to mark Holocaust Remembrance Day.People will stop—wherever they were, whatever they are doing—and stand at attention for 120 seconds of complete silence. Two minutes. Silence. Everywhere.Then the sirens ring again, and life resumes—full-speed. This pause allows the nation to remember the more than six million Jews who were murdered simply because they were Jews. I have visited many times Jerusalem’s Holocaust Museum, Yad Vashem. Zigzagging throughout the museum, a path leads to disturbing scenes suspended on pale walls. Life-sized murals of living skeletons stare at me. In photo after photo, corpses lay piled after mass-executions. Hundreds of discarded shoes spread out under a glass floor. 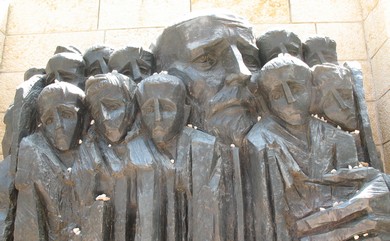 In another area, a recording reads aloud the names of children and their ages at death. Chilling, and profoundly sad.In Yad Vashem’s Hall of Remembrance, on every Holocaust Martyrs’ and Heroes’ Remembrance Day, the names of various Holocaust victims are read aloud. Anyone can attend this profound ceremony, just one of the events of this significant day. "Whoever listens to a witness becomes a witness"—excerpt from a speech given by Elie Wiesel at Yad VashemThe Hebrew phrase Yad Vashem means, “a hand and a name,” an idiom from Isaiah 56:5 that refers to a memorial. A place of remembrance. How could anyone forget? Every time I go to the museum, I visit the “Row of Righteous Gentiles.” A row of trees planted in dedication to individuals like Corrie Ten Boom, Oskar Schindler, and many others, honors those Gentiles who sheltered and helped the Jews during a time when few did.Amazingly, of the 300 million people who lived under Nazi domination, 90 percent were Christian—and 60% described themselves as devout. And the number of those who helped the Jews? Less than one percent. 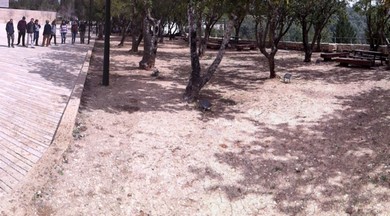 Corrie Ten Boom and her family were common people. They were watchmakers, ordinary citizens, who became extraordinary simply by their willingness to be available to God.Yad Vashem has a Web page with video testimonies from survivors. Below is the story of Haim Roet, one of those rescued by the “Righteous Among the Nations.” Haim was born in Holland, the country of Corrie Ten Boom. In two minutes—a little over 120 seconds—this video tells a story. It’s hard to tell whether or not God will call us to put our lives on the line in the midst of another holocaust. But we needn’t wait until then. The Lord requires that we die to self—daily (see Luke 9:23).How to Get There: In Jerusalem, traveling south on Route 386, turn right on HaZikaron and follow the road to Yad Vashem. What to Do There: Tour the museum, visit the Row of Righteous Gentiles, and walk through the Hall of Remembrance, where, on every Holocaust Martyrs’ and Heroes’ Remembrance Day, the names of various Holocaust victims are read aloud. This is a place to be felt as well as to be educated.  Wayne Stiles has never recovered from his travels in the Holy Land. Follow him on Twitter (@WayneStiles) or on his blog at www.waynestiles.com.Follow @JPost_Lifestyle