The annual Wine Festival and Beer Festival may be over, but there are plenty more spectacular art and cultural events to look forward to in the capital in the next two months.

By LOREN MINSKY/ ITRAVELJERUSALEMLEO GIOSUÈCOM TEAM
The Annual Kite-flying Festival 370
(photo credit: Courtesy)
Advertisement
1.    International Arts and Crafts FairThe International Arts and Crafts Fair, also known as HutzotHayozer, is one of the highlights on the summer calendar in Jerusalem. Visitors can expect the best in Israeli crafts with works by over 200 artisans, as well as an international pavilion featuring colorful, original arts and crafts from every corner of the world. This year, children can look forward to a new Children’s Compound that features exciting circus performances. Famous musicians will play each night at 9 p.m. on the main stage at Sultan’s Pool, with performances by Ivri Lider, Ehud Banai and Berry Sakharof.Works of art by innovative Bezalelart students will be on display in a life-like home setting with exhibited pictures hanging on walls, clothes on display in the closet and jewelry laid out on the dresser. Furthermore, students from the Department of Photographic Communication in co-operation with the Student Union of Hadassah College have created a magical Neverland setting to display their photographic works. The students will also be taking photos of visitors as a fabulous souvenir.The popular Tav Café is also taking place as usual and visitors can enjoy everything from improvised yoga to acrobatics along with their coffee and snack. The International Food Fare takes place nightly and features varied and delicious ethnic fare. Ice-cream lovers can enjoy a demo, recipe and tips by Yaniv Abergel, who won first prize at the Firenze Gelato Festival in 2012 for his amazing home-made coffee ice-cream.ChativatYerushalayimStreet(077) 203-4521 5 August - 17 August6 p.m. until 11 p.m.; Saturday – 9 p.m. until midnightNIS 60 (kids: NIS 35)2.    End of Summer FestivalThe seventh annual End of Summer Festival will take place again under the stars at the Jerusalem Theater’s outdoor plaza. The festival offers something for the whole family and the entertainment schedule is divided into before and after sunset hours with the daytime events focused predominantly on entertainment for children and families. The festival is truly multidisciplinary and offers a rich line-up of dance, theater, music,cinema, animation and video art. One of the after sunset highlights includes a collaborative performance by the band Coolooloosh with Sha'anan Street, Geva Alon, Guy Mar, Yossi Fein, Morin Nehedar and more. The festival culminates in a performance by Triana Flamenco, who will perform authentic Spanish Flamenco with an Israeli twist. 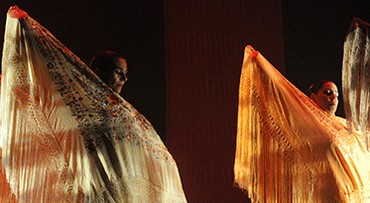 20 Marcus Street, Talbiyeh(02) 560-575520 August – 22 August3.    Sacred Music FestivalThe Sacred Music Festival is a celebration of sacred music to all people and cultures, with the unique backdrop of the holiest city in the world, Jerusalem. The carefully selected venues, such as the Tower of David Museum,Tzidkiyahu Cave in east Jerusalem and the YMCA, are filled with spiritual and religious meaning that adds depth to the performances. 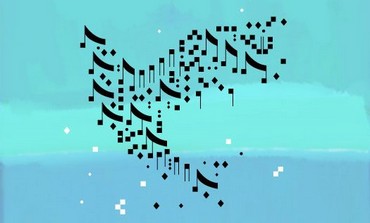 This summer, the Jerusalem Sacred Music Festival takes place over four days with an exciting line-up of dozens of local and international performances, interactive shows, singing circles, prayers, dances, ceremonies, meditative experiences and more. Highlights include performances by an ancient Byzantine church choir, a mystic Rastafari ceremony carried out by the Nyabinghi drummers, ancient Indian musical traditions, and African blues from Mali. The festival offers "Testimony Encounters," walks around the city that showcase the authentic rituals and ceremonies of Jerusalem's diverse faiths. The festival aims to contribute in a small way toward the building of bridges between peoples.  Tickets: (02) 653-585020 August - 23 AugustMore info: www.jerusalemseasonofculture.com4.    The Idan Raichel Project Considered one of the most popular and talented Israeli bands of the last decade, the eclectic Idan Raichel Project will be performing at Sultan’s Pool outside the Old City walls at the end of August. The band is made up of a core group of musicians who create a musical sound that combines Middle Eastern, Ethiopian, Caribbean and Latin American elements.The show features songs from the band’s latest album, Quarter to Six, with appearances by Portuguese fado star Ana Moura, Palestinian-Israeli singer Mira Awad, German counter-tenor Andreas Scholl, Colombia’s Marta Gómez, Vieux FarkaTouré and some of Israel’s most talented emerging musicians. 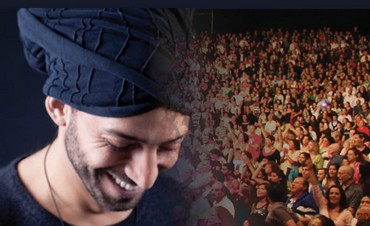 Bimot: *6226 or www.bimot.co.il29 August8:15 p.m.5.    The Annual Kite-flying Festival         Children and adults alike can look forward to the colorful 28th annual Kite-flying Festival at the Israel Museum's Billy Rose Art Garden.The festival draws a crowd of thousands who come for the parade of beautiful kites of all shapes and sizes, kite-making workshops, the opportunity to meet a fascinating family of professional kite-flyers as well as kite-flying (amateurs and professional kite-flyers) in the Art Garden if weather permits. One of the major highlights in previous years has been the magnificent sight just before sunset of huge kites as well as hundreds of little ones flying in the Jerusalem sky. The event will provide entertainment for the entire family. 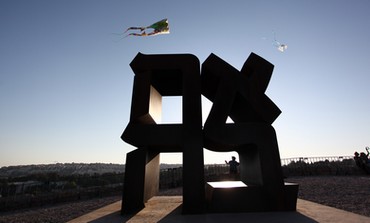 Ruppin Boulevard, GivatRam(02) 670-8811 20 August10 a.m. – 9 p.m.Free admission for children, workshops NIS 30–40ITravelJerusalem.com is a new online international travel portal offering all the latest information on things to do, places to eat and places to stay in Jerusalem.Follow @JPost_Lifestyle