If you want to see Jerusalem, take a walk on the wild side with these alternative modes of transportation.

By LOREN MINSKY/ ITRAVELJERUSALEM.COM TEAM
Segway
(photo credit: Courtesy)
Advertisement
For those who want to see Jerusalem in a new light and are not in the mood to walk, bus or drive, there’s a host of exciting ways to experience the capital and the surrounding areas.

SegwayIf you've seen a bunch of people with helmets kind of gliding around Jerusalem, chances are they were on a Segway tour. Electrically powered but very environmentally friendly, the Segway is easy to operate. It advances when you lean forward and slows down and stops when you lean slightly back. Previous experience is not required and all tours include an orientation session.A number of companies offer varying routes on a Segway, so it really depends on what you're looking for. You can watch the sun rise over Mount Zion and the City of David or watch it set over the Haas Promenade in Armon Hanatziv. Those who love nature may enjoy cruising around the Jerusalem Botanical Gardens or a tour of the Rose Garden and Knesset in Givat Ram. Segway company Zuzu offer exclusive tours of the Jerusalem Biblical Zoo.Book tickets
Segwayz: (02) 561-8056
Zuzu: (02) 566-1441 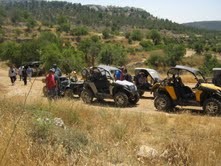 Those looking for a fix of adrenaline may want to consider riding an ATV (all-terrain vehicle) in the hills and forests of Jerusalem.There are several companies that offer ATV tours with diverse and beautiful trails, but make sure to choose one that takes safety seriously. Jerusalem ATV Tours have experienced guides that lead you westward from the Jerusalem Biblical Zoo on a path through the mountains, and on your way back you get a great view of the infamous Holy Land buildings, GivatMesua and surrounding area. The half-day tour also includes a special view of the entrance to Jerusalem. 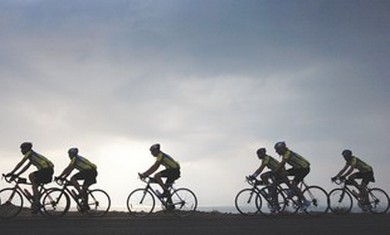 Since Jerusalem was never planned properly, there are a network of short cuts and bi-ways that you can only really take advantage of on a bike. Bicycling around Jerusalem is therefore a way to really see the inside of the city and to cover lots of ground that one wouldn't be able to do by foot. There is also a misconception that bicycling in hilly Jerusalem is grueling, but it's definitely doable if you stick to the flatter, more central routes.Leading bicycle company Gordon Tours offer a twice weekly tour of Jerusalem on Tuesdays and Saturdays. The route covers several attractions in Givat Ram, the Valley of the Cross, Rehavia, the President's House, German Colony and the Tayelet. The return trip is via the Old Train Station compound, Mishkenot Sha'ananim and around the Old City walls. Gordon Tours also offer a special night-time tour of the Old City with the opportunity to bike through the alleyways. Tandems and children's bikes can be arranged if requested in advance.Gordon Tours: 054-426-2187Jeep Tours 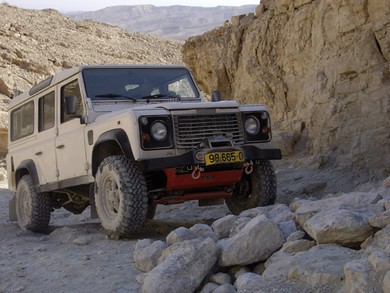 Jeep Tours are a great way to explore rugged terrain and are well suited to the mountainous and desert region surrounding Jerusalem. Several companies offer Jeep tours, and are generally happy to tailor the tour to specific needs. For those who want to stay near to Jerusalem, the Jeep Tours Union of Israel suggests a tour that visits the spectacular St. George's Monastery and cliffs overlooking the Dead Sea.Apart from seeing the wilderness around Jerusalem from a different perspective, half the fun is the adventure of getting there in an off-road vehicle capable of navigating extreme terrain. The meeting point is at MitzpeYericho, about 15 minutes outside of Jerusalem, but pick-ups from Jerusalem can be arranged. 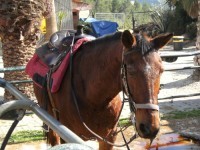 Although there are no real options to sight-see on horseback, you may want to get off the beaten track and enjoy a few hours of therapeutic horse-riding. Omry's horseback riding ranch on Moshav Ora offers fun for the whole family with riding trips and lessons, ponies and a petting zoo. You'll want to round off the experience with a cup of coffee or meal at the picturesque Café Itamar on the moshav. Or, head to King David Stables, just 15 minutes from Jerusalem on Moshav Yad Ha'Shmona in the Judean Hills. There, you can learn how to ride, enjoy a magnificent scenic trail ride and more.Omry Ranch (open daily 9 a.m. – 5 p.m.): (02) 641-2408
King David Stables: 057-747-1681

ITravelJerusalem.com is a new online international travel portal offering all the latest information on things to do, places to eat and places to stay in Jerusalem.Follow @JPost_Lifestyle
Advertisement
Subscribe for our daily newsletter