August in the capital is filled with an array of fun, vibrant, memorable events that offer something for everyone.

By LOREN MINSKY/ ITRAVELJERUSALEM.COM TEAM
JULY 19, 2012 12:47
Jerusalem Beer Festival 370
(photo credit: iTRAVELJERUSALEM)
Advertisement
International Arts and Crafts FairAlso known as Hutzot Hayozer after the Arts and Craft Center where it is held, the festival offers an exciting mix of arts, crafts, theater, dance and music that appeals to the whole family. Visitors get to experience a taste of exotic cultures with arts and crafts by guest artists from abroad. 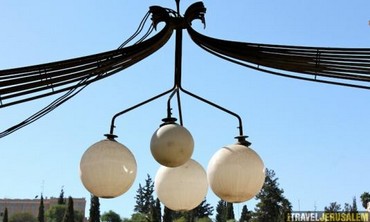 International Arts and Crafts Fair (iTRAVELJERUSALEM)Attendees can also view the best in local art with exhibits in a number of disciplines – woodwork, ceramics, prints, metalwork, jewelry and more. Each night there will be a free concert at 9:30 p.m. featuring top Israeli musicians such as Ehud Banai and hip hop band Hadag Nahash. Another highlight is the lively interactive performances and street theater by Tav Café. Chativat Yerushalayim Street(077) 203-4521 6 August until August 186 p.m. until 11 p.m.; Saturday –one hour after the end of  Shabbat until midnightNIS 60 (kids: NIS 35)Israeli Wine Tasting FestivalPopular with the young anglo crowd in Jerusalem, this sophisticated outdoor festival takes place in the Israel Museum’s Sculpture Garden and features wines from leading wineries in Israel as well as smaller boutique wineries. 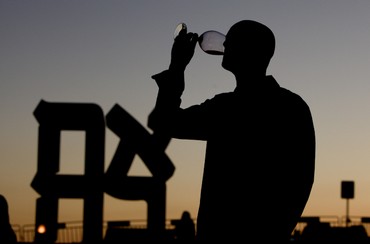 Wine Tasting Festival (Courtesy)The ticket includes a wine glass, unlimited tasting and admission to the museum galleries until 9 p.m. on Tuesday. Visitors will also enjoy the boutique cheeses, olives, olive oils and other treats for sale. Space is limited so it’s recommended to book tickets in advance.Ruppin Street(02) 625-9703July 30 until August 28:30 p.m. until 11 p.m. NIS 80BalabastaThe Balabasta festival promises to transform the alleyways, rooftops and storefronts of the Mahane Yehuda market into a raucous party. Part of the Jerusalem Season of Culture project, Balabasta features outstanding singers, dancers, actors, and poets. 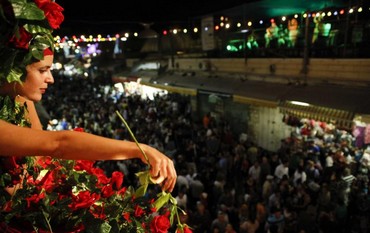 Balabasta (Snir Kazir)In the past two years, tens of thousands have taken part in the festivities and this year should be bigger and better with inventive art projects undertaken in cooperation with local merchants and new musical content. Mahane Yehuda MarketAugust 6 ; August 13; August 203 p.m. until midnightFreeInternational Festival of Puppet TheaterThis annual festival takes place for the 21st time and features the best in local and international puppetry from all over the world. The shows are aimed at children, but adults will appreciate the shows too. 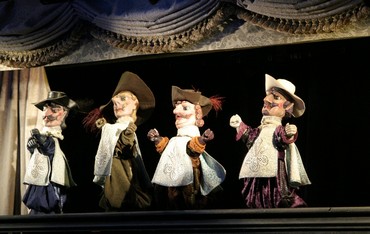 International Festival of Puppet Theater (iTRAVELJERUSALEM)Recommended local productions include “A Touch of Light” and the premiere “Pirate in the Bath." The festival is the main source of inspiration in the field of Puppet Theater in Israel, with 38 rich and diverse shows on offer. Most of the performances take place at the Train Theater in Liberty Bell Park.3 Jabotinsky Street(02) 561-8514August 5 until August 10Jerusalem Beer FestivalThe eight annual Jerusalem Beer Festival is a must for beer lovers and those looking for a good party. An excellent selection of local, boutique, home-made and mainstream beers will be available as well as stalls demonstrating the beer production process, an accessories stall, food stalls, live music by popular Israeli bands and a top DJ. 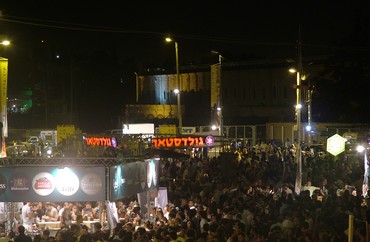 Jerusalem Beer Festival (iTRAVELJERUSALEM)The festival takes place in the derelict but trendy Old Train Station compound. It's recommended to arrive early.Access via Beit Lechem Street or Hebron RoadAugust 22 until August 236 p.m. until midnightNIS 30 (NIS 25 ILS for students, soldiers & Jerusalem-card holders)ITravelJerusalem.com is a new online international travel portal offering all the latest information on things to do, places to eat and places to stay in Jerusalem.
Advertisement
Subscribe for our daily newsletter