Multi-year campaign targeting both Jews and non-Jews to include a $38 million marketing budget. 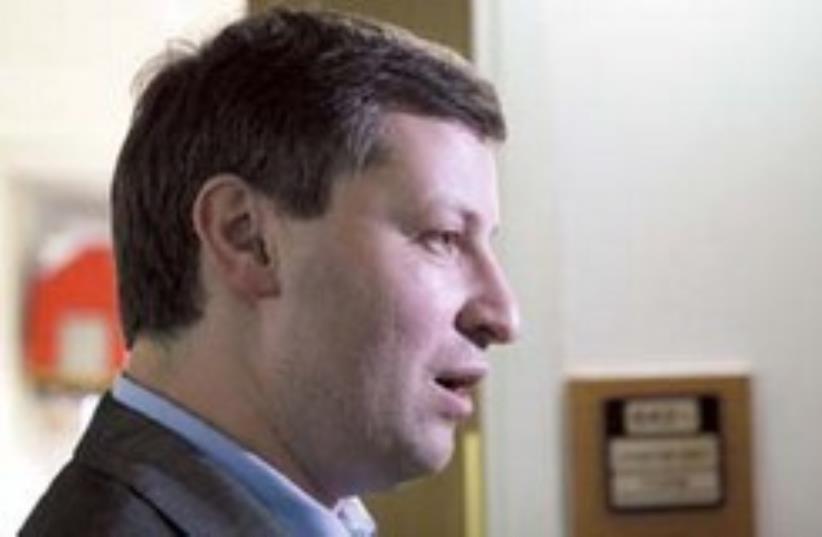 Tourism Minister Stas Meseznikov.
(photo credit: Ariel Jerozolimski)
Advertisement
NEW YORK - Israel's Tourism Ministry is joining forces with a major American Evangelical movement to boost travel to the Jewish state. The partnership, with United Christians for Israel, comes amid a major tourism push outlined by Tourism Minister Stas Meseznikov during a recent visit to the United States. The multi-year campaign, which targets both Jews and non-Jews, will include a $38 million marketing budget - more than twice last year's budget.
The US is Israel's "No. 1 source country for incoming tourism," Meseznikov said. "The segmented, focused and intensive marketing activities of the Tourism Ministry will lead to a slowing down of the decrease in tourism and a return to an increase in incoming tourism next year."
The push for visits to Israel by Evangelicals was made during CUFI's annual summit, held last week in Washington. Officials outlined a new task force to promote Christian tourism in Israel. Led by Prime Minister Binyamin Netanyahu, Meseznikov and CUFI Chairman Pastor John Hagee, it will include an annual conference in Israel and conference calls with senior Israeli officials every three months.
Amid the national push for tourism, Jerusalem Mayor Nir Barkat said he wants to expand the capital's tourism industry fivefold within a decade. During a trip to New York on Thursday, Barkat told reporters he hopes to increase the number of tourists visiting Jerusalem each year to 10 million, up from around 2 million. He cited other international cities - such as New York and Rome - which host more than 40 million tourists annually.
"I'm very optimistic that we can grow those numbers," he said. "It's not an impossible task."
He outlined a plan hinging on renewal projects, improvements to the city's infrastructure, and investments in culture that would create about 150,000 jobs "for Jews and Arabs alike."
He is also encouraging the hotel industry to expand, he said.
"My vision for Jerusalem is to open it up for the world to enjoy," returning it to a top destination "for pilgrims and tourists from around the world."
For his part, Meseznikov met with religious leaders across the faith spectrum. He met with Archbishop of New York Timothy Dolan. The US Catholic Church is planning a conference and tour package in Israel next year, and it expects at least 40 Catholic leaders to attend.
Meseznikov also met with 30 Jewish leaders, including officials at the Conference of Presidents of Major American Jewish Organizations. During the meeting Meseznikov stressed that tourism can boost the economy in Israel.
"We recognize that tourism is about much more than just the number of people who go to Israel," Conference Executive Vice Chair Malcolm Hoenlein said. "It has political significant beyond the economic ramifications."
Advertisement
Subscribe for our daily newsletter