David introduced his Sanders character earlier in the year and has periodically returned to SNL. 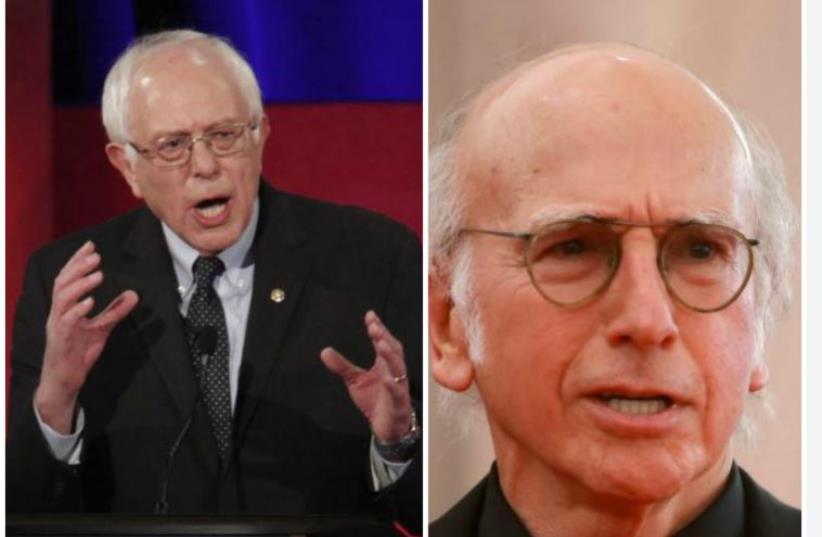 Bernie Sanders and Larry David
(photo credit: REUTERS)
Advertisement
Larry David reprised his role as Bernie Sanders on Saturday Night Live in a sketch poking fun at the candidate's voter base.The punchline of the skit highlighted the discrepancy between Sanders' limited support base and their strength on social media. David-as-Sanders apologizes on behalf of his supporters for their tendency to inundate Facebook feeds and quips: "I'm not five-posts-a-day great. With all due respect to my supporters, get a life."

David introduced his Sanders character earlier in the year and has periodically returned to SNL in his new role. In his previous cameo called "Bern Your Enthusiasm," David spoofs characters from his own show "Curb Your Enthusiasm" around a narrative about Sanders' run in the primary election. It featured all of the emblematic quirks and idiosyncrasies that have come to be synonymous with David in his assumed character as the democratic presidential hopeful.Incidentally, SNL isn't the only forum in which Sanders enthusiasts are in the spotlight. Republican nominee front-runner Donald Trump held fervent Sanders supporters accountable for Trump's cancellation of his Chicago event.On Sunday, Trump wrote in an early morning post on Twitter: "Bernie Sanders is lying when he says his disruptors aren't told to go to my events. Be careful Bernie, or my supporters will go to yours!"