Jewish former Arizona congresswoman, shot in the head by an assailant in 2011, made an appearance at the Democratic National Convention. 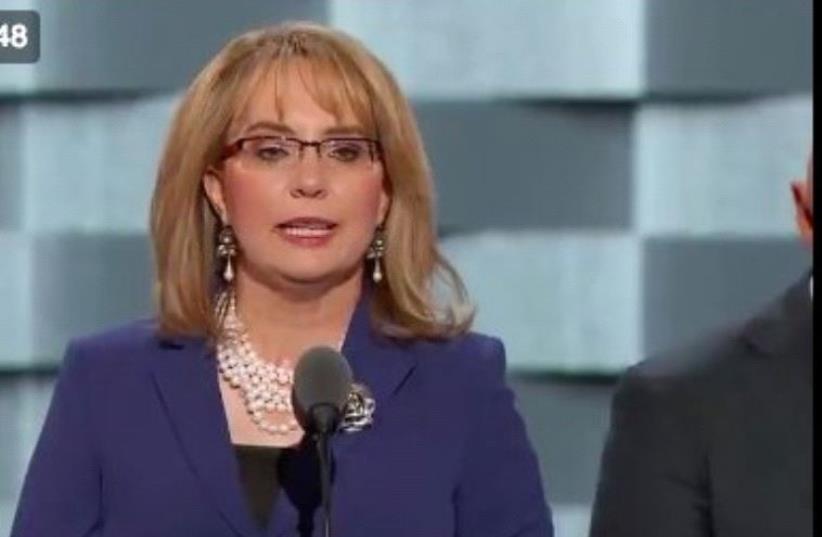 Gabrielle Giffords
(photo credit: screenshot)
Advertisement
Gabrielle Giffords couldn’t say much, but what she said brought down the house.The Jewish former Arizona congresswoman, shot in the head by an assailant in 2011, made an appearance at the Democratic National Convention on Wednesday evening, its third, during a segment on victims of gun violence.“Are you ready?” she urged the crowd three times, after her husband, retired astronaut Mark Kelly, introduced her. Kelly and Giffords lead a group that seeks to combat gun violence.She got around to the mission at hand, urging a vote for the party nominee, Hillary Clinton.“In Congress, I learned an important lesson: Strong women get things done!” she said, earning extended cheers.Then she closed with a line that earned greater applause: “Speaking is difficult for me. But come January, I want to say these two words: ‘Madam President.’”