During a stop in Chicago on his first visit to the United States, Khan said he was "a big fan" of Clinton and hoped she would win the presidential election in November. 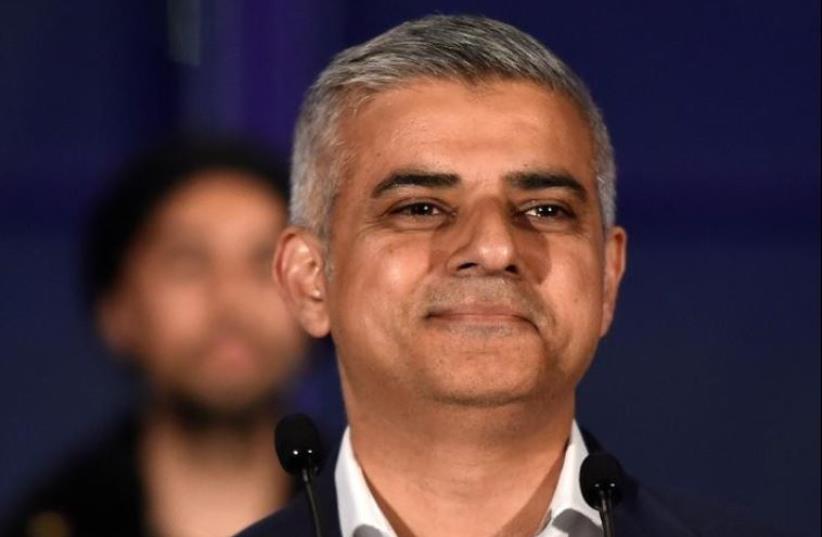 Sadiq Khan.
(photo credit: REUTERS)
Advertisement
London's first Muslim mayor, Sadiq Khan, voiced support for Democratic presidential nominee Hillary Clinton on Thursday, warning that anti-Muslim views like those espoused by Republican Donald Trump “plays into the hands" of Islamic State.During a stop in Chicago on his first visit to the United States, Khan said he was "a big fan" of Clinton and hoped she would win the presidential election in November.“She’s arguably the most experienced candidate to run to be the president,” Khan told reporters following a speech to more than 250 academics, diplomats and business people.“As the father of two daughters, I think the message it sends when the most powerful politician in the world is a woman is phenomenal, and hope she wins,” said Khan, who as mayor of London is arguably one the most influential member of his faith in western Europe.Immediately after taking office in May, Khan tangled with Trump over his proposed ban on allowing Muslim immigrants and refugees into America, deriding his plan as “ignorant.”During his roughly 45-minute speech before the Chicago Council on Global Affairs, Khan did not mention Trump by name but attacked the positions the New York developer has staked, such as tightening Muslim immigration into the United States.“I think to suggest somehow that Muslims aren’t welcome in the USA, to suggest somehow that being a Muslim isn’t compatible with being western, unintentionally plays into the hands of daesh or so-called ISIS,” Khan said.Trump has offered an evolving stance on Muslim immigration into the United States since his original December 2015 call for a ban on Muslims entering the country.Earlier this summer, he voiced support for limiting the ban to only countries with known terrorist links. Last month, he appeared to moderate somewhat on an outright ban by touting the idea of the United States undertaking “extreme vetting” of incoming Muslim immigrants, refugees or visitors.