"America claims it has more than 200 years of democracy, and they have had 50 presidential elections, but there is no morality in that country," Rouhani said in a speech. 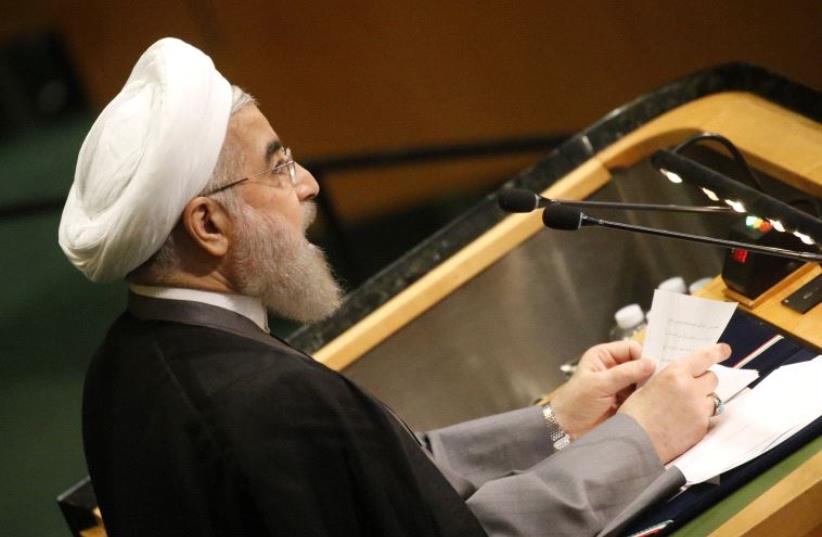 Iranian President Hassan Rouhani addresses the United Nations General Assembly in New York, September 22, 2016
(photo credit: REUTERS)
Advertisement
DUBAI - Iranian President Hassan Rouhani said on Sunday the choice offered to voters in the US presidential election was between "bad and worse" and that harsh exchanges in the debates pointed to a lack of morality in America, Tehran's arch adversary."America claims it has more than 200 years of democracy, and they have had 50 presidential elections, but there is no morality in that country," Rouhani said in a speech, carried live by state television."You saw the presidential debates, how they talk..., how they accuse and mock (each other)," Rouhani told a crowd gathered at a stadium during his visit to the central city of Arak.Rouhani said a head of state had asked him during his visit to the United Nations in September about who he preferred between Republican candidate Donald Trump and his Democratic rival Hillary Clinton."I said should I prefer bad over worse or worse over bad?," said Rouhani, a pragmatist politician and cleric who may run for reelection in Iran's presidential polls in May 2017.He did not say to which candidate his descriptions referred.