Jpost.com rounds up some of the top satires and parodies on the 2016 presidential election contenders. 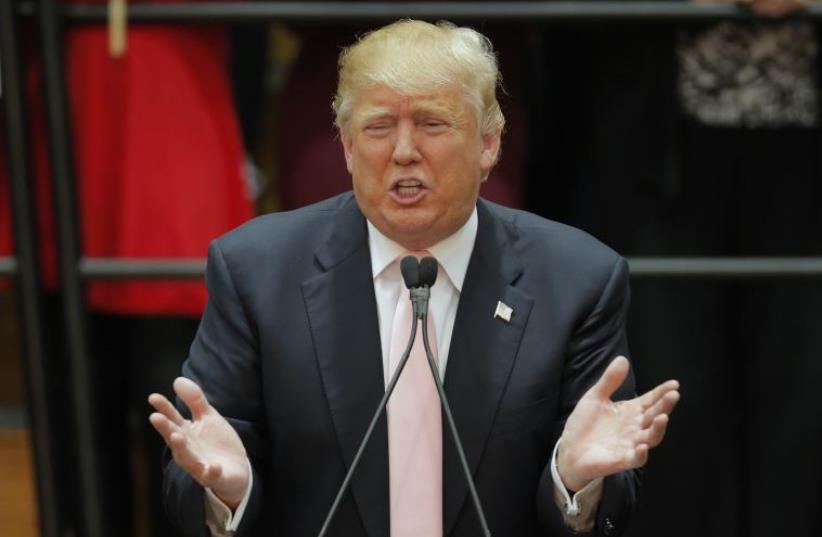 US Republican presidential candidate Donald Trump
(photo credit: REUTERS)
Advertisement
As the US presidential primary season approaches Super Tuesday, candidates running in the race to the White House have become a central topic of ridicule for satirists and comedians.Therefore, Jpost.com has recapped some of the top spoofs and parodies on the 2016 presidential election.On the eve of the biggest voting day in the nominating contests to pick the US presidential candidates, satirist John Oliver on Monday panned Republican front-runner Donald Trump in a 22-minute segment on his HBO political roundup series 'Last Week Tonight.'

Our main story was about Donald Trump. We can't believe we're saying that either.
Posted by Last Week Tonight with John Oliver on Sunday, February 28, 2016

In early February, Democratic presidential contender Bernie Sanders appeared on 'Saturday Night Live' next to comedian Larry David in a comic take on his 'Curb Your Enthusiasm' series entitled 'Bern Your Enthusiasm.'

SNL also mocked Democratic contender Hillary Clinton last month in a sketch featuring a lookalike of the former secretary of state serenading young voters with Bonnie Raitt's I Can't Make You Love Me. Notably, that episode of the weekly sketch comedy show aired months after another one featured the real Clinton poking fun at herself in a face-to-face encounter with her acted persona.