Origin of projectile not initially known. 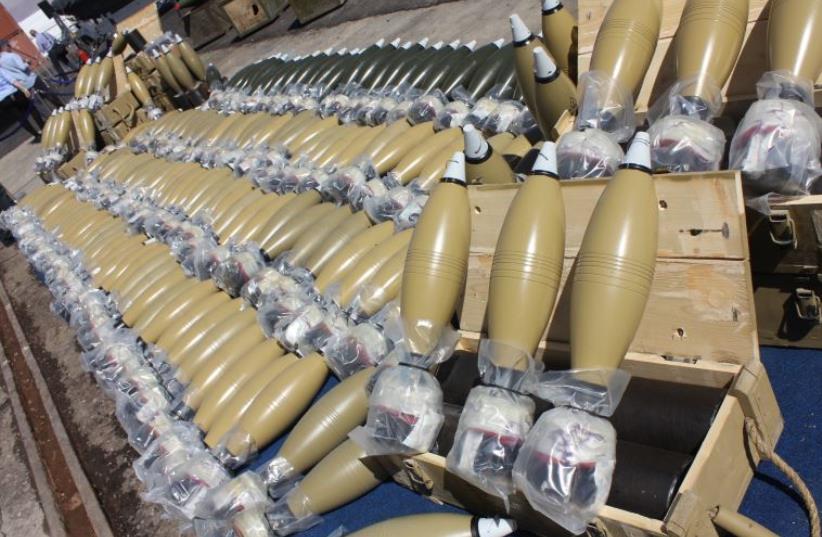 120mm mortar shells intercepted from Iranian weapons shipment to Gaza on Klos C vessel in March 2014
(photo credit: IDF SPOKESMAN'S OFFICE)
Advertisement
A mortar shell landed in an open area in Israel's northern Golan Heights region on Wednesday evening, the IDF reported. No injuries or damage was reported in the incident.The IDF added that it has opened an investigation into the matter. The origin of the projectile was not initially known. On Sunday, the IDF targeted artillery launchers in Syria in response to earlier mortar fire emanating from across the border.The Syrian mortar shell exploded a few hours earlier near al-Foran in the central Golan Heights. No injuries or damage was reported in the incident.The IDF said in a statement that it held Syrian authorities responsible for all actions that take place within its borders, adding that the IDF "will not allow any attempt to affect Israel's sovereignty or the safety of its people."A military source said that the fire was likely a spillover from the Syrian civil war.Since the civil war in Syria erupted in 2011, mortar fire has sporadically landed on the Israeli side of the border.Last month the Israeli Air Force attacked a Syrian missile launch site connected with the regime of President Bashar Assad after mortar fire landed on the Israeli side of the Golan Heights.