No injuries were reported in the aftermath of the attack. 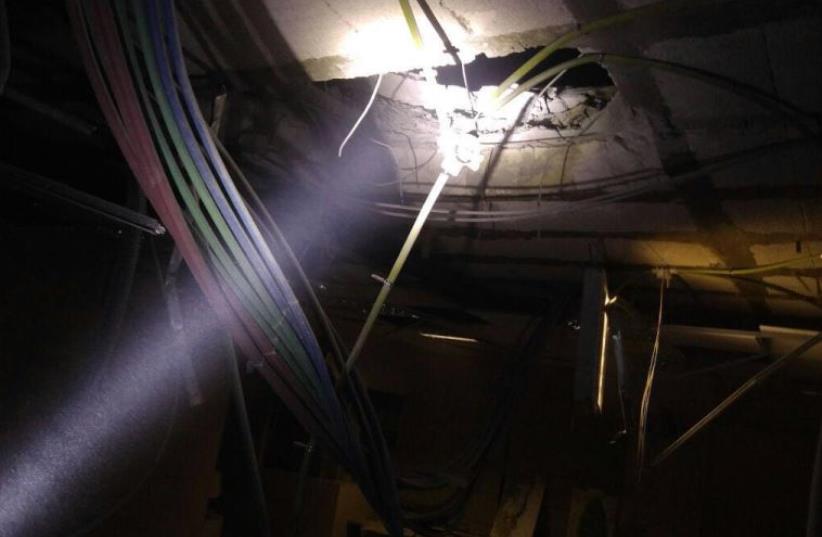 Damage caused to building in Sderot by rocket.
(photo credit: POLICE SPOKESPERSON'S UNIT)
Advertisement
A militant jihadist organization claiming to be affiliated with the so-called Islamic State took responsibility Saturday for a rocket attack that hit a public building in the southern Israeli town of Sderot the previous evening.A statement released by "Aknaf Beit al-Makdis," a Gaza based terror organization committed to "jihad against Jews, the enemy of God," claimed responsibility for the attack which severely damaged an empty preschool. The group added that the weapon was "168 milometer category" rocket and self-constructed.No injuries were reported in the aftermath of the attack. 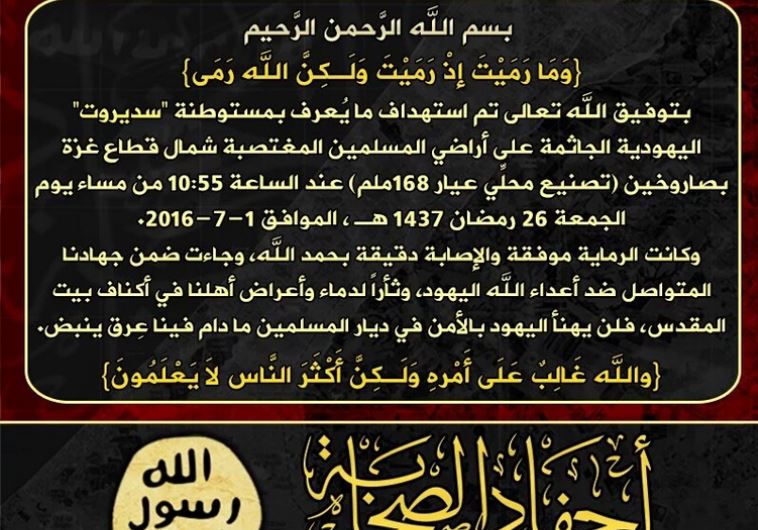 In response, the IAF struck four targets in the Gaza Strip that served as terrorist infrastructure for Hamas in the northern and central areas of the coastal enclave. "The IDF will continue to act strongly against any terror force which targets Israel and its citizens, in order to keep the south safe," the IDF said in a statement issued by the Spokesperson Unit."We hold Hamas responsible," the IDF said. "Hamas, [as a governing body], will be held responsible for all that occur  within its borders.'Earlier on Friday, The IDF placed greater Hebron under general closure in an effort to disrupt a series of deadly terror attacks on Israelis over the course 48 hours. Throughout its duration, only humanitarian transit will be allowed out of the city.