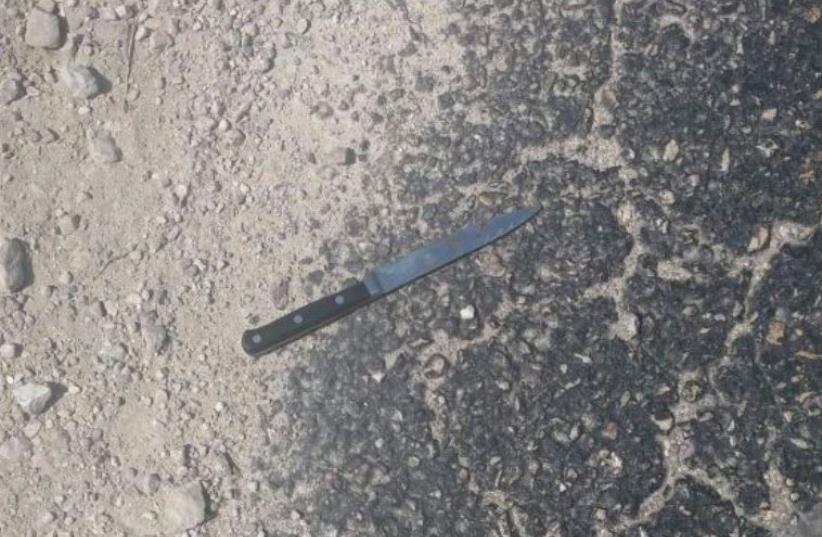 Knife used in attempted stabbing attack at the Huwara checkpoint near Nablus, July 31, 2016
(photo credit: IDF SPOKESPERSON'S UNIT)
Advertisement
Security forces thwarted an attempted stabbing on Sunday afternoon at the Huwara checkpoint near the West Bank city of Nablus. During the incident, a Palestinian arrived at the checkpoint in a vehicle and exited it before approaching the IDF soldiers stationed at the post with a knife. Israeli troops shot the Palestinian, who was later declared dead by a military medic. There were no Israeli casualties in the incident. Following the attempted stabbing, security forces seal-off entrance to Nablus in order to allow emergency crews to arrive to the scene. Meanwhile near Beersheba, police announced that they had lifted a previous warning of a security situation in the Negev region, adding that ongoings in the area had returned to routine.Earlier, a large contingency of security forces were deployed to the Negev region in light of the unspecified security situation.Police and firefighting units had erected roadblocks, however no special instructions had been issued for residents in the area. However, police had advised residents to remain vigilant and report any suspicious persons or objects.