Jordanian parliament speaker: We oppose the peace treaty with Israel

"The Jordanian parliament is an independent authority and its opinion toward the peace treaty with Israel is different in essence from the government's position," the Jordanian House Speaker said. 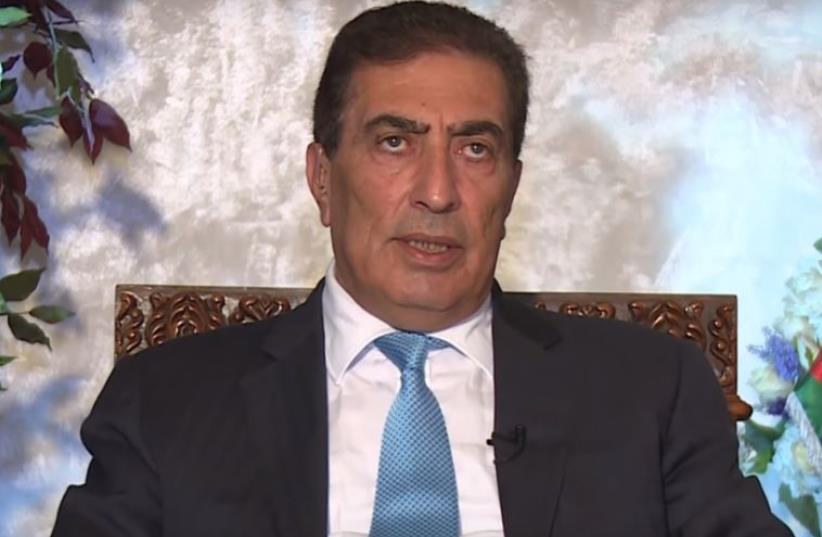 Atef Tarawneh‏
(photo credit: screenshot)
Advertisement
Jordanian House Speaker, Atef Tarawneh, has stated that the Jordanian parliament, which represents the Jordanian people, adamantly disagrees with the government over the peace treaty with Israel.In an interview with the London-based TV channel Al-Ghad, on Friday, Tarawneh commented about his decision to ban the participation of an Israeli delegation in the 2016 Women in Parliaments Global Forum, which took place in Amman last week."The Jordanian parliament is an independent authority which represents the Jordanian people. Its opinion toward the peace treaty with Israel is different in essence from the government's position," Tarawneh said."Israel does not respect the peace treaty it signed. When a Jordanian judge was killed by Israeli security forces (in March 2014, Israeli soldiers mistakenly killed a Jordanian judge at Allenby border crossing), the Israeli Knesset did not take any measure to investigate the issue," Tarawneh added.According to the Jordanian speaker of parliament, he also rejected the participation of the Israeli women’s delegation in the international symposium because "the Israeli women did not express any opinion toward the racist laws the Israeli Knesset legislates.""When Palestinian women are assassinated in cold blood at checkpoints, these Israeli women do not help them. When we see that Israel is burning mosques and schools and killing innocent children, Israeli people and the Knesset should not expect me or any Jordanian citizen to distribute roses to the Israeli parliamentary delegation on its way to the Jordanian parliament," Tarawneh said.Following Tarawneh's decision to ban the Israeli delegation from entering the Jordanian parliament last week, Israel protested against this act and conveyed to Jordan its deep resentment over the decision.