New mall for settlers and Palestinians opens in Gush Etzion

Gush Etzion Regional Council head Davidi Perl recalled a time during his childhood when the area was considered so remote that there wasn’t even an Israeli public transportation system. 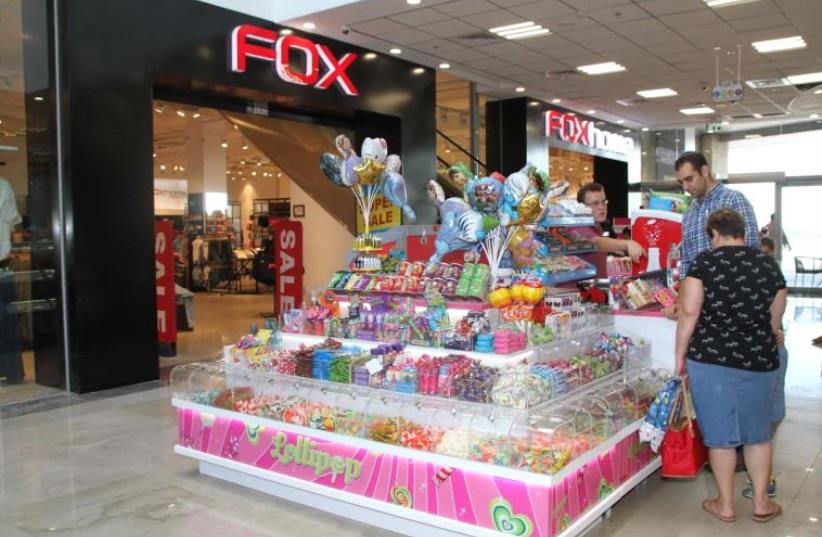 Shoppers enjoy the new mall in Gush Etzion
(photo credit: TOVAH LAZAROFF)
Advertisement
Politicians on Monday afternoon dedicated a new mall for settlers and Palestinians at the Gush Etzion junction, an area that has been a hot spot for terrorist attacks during the last year.“The opening of this mall sends an unequivocal message to our enemies that you won’t break us,” said MK Nurit Koren (Likud).“I hope the mall will be a symbol of co-existence based on economic peace,” Koren said.She spoke at the small ribbon-cutting ceremony on the top floor of the three-story, 5,000-meter structure with 15 shops, including a clothing outlet and a home goods retailer from the well-known FOX chain.Below the ceremony, on the second floor, Muslim women wearing hijabs and traditional dress, shopped along side religious Jewish women in skirts and scarves tied over their hair.Among the Palestinians who arrived to check out the mall’s wares, was the Alana family from their nearby hometown of Beit Umar.“It took us only five minutes to get here,” said Muhammad as he stood with Odai, his 12-year-old son while they shopped for back-to-school clothes at FOX.Without the mall, Muhammad said, a trip to FOX would have involved getting a permit to enter Israel and a trip which would have cost them at least several hours.Inside the Greg Cafe, Didy Freedman of the Elazar settlement was on a night out with his wife, Zila.“Greg is our favorite restaurant,” he said.They were glad to have somewhere close by to go, thereby saving them the longer trip to the Malha Mall on the southern edge of Jerusalem.Among those who attended the ceremony was Knesset Speaker Yuli Edelstein (Likud), Deputy Regional Cooperation Minister Ayoub Kara (Likud) and Deputy Defense Minister Eli Ben Dahan (Bayit Yehudi).MK Shuli Moalem-Refaeli (Bayit Yehudi), who also spoke at the ceremony, recalled how she needed something for her daughter’s post-wedding party a number of weeks ago, but worried she didn’t have the time to make the trip from her home in the Gush Etzion settlement of Neveh Daniel to Jerusalem.A friend solved the problem by telling her that FOX had moved into the mall, which had unofficially opened its doors.As she stood in front of its red neon sign and glass windows, she thought, “we have become normal. We no longer have to leave Gush Etzion, we have everything here.”Gush Etzion Regional Council head Davidi Perl recalled a time during his childhood when the area was considered so remote that there wasn’t even an Israeli public transportation system.When his family traveled to Jerusalem, they caught a Palestinian bus, he said. A passing car was considered a rare event, he added.Now, he said, when Gush Etzion residents call him to complain about traffic jams particularly at the junction, he is relieved that there are so many people on the roads and that the region suffers from the same problems that plagues the rest of the country.Moalem-Refaeli said that the next phase has to be for Israel to annex the Gush Etzion bloc, so that it is part of the country’s sovereign territory.“Gush Etzion is in the ‘consensus,’” Moalem-Refaeli said, as she explained that it’s understood that the region would remain part of Israel’s final borders in any diplomatic resolution to the conflict.In the future, she said, she hoped that all of Judea and Samaria would be annexed to Israel. “But Gush Etzion should be first.”Ben Dahan added: “We have returned to our land to remain forever.”He called on the Palestinians in the area “to come and see what the State of Israel can give you. Come and enjoy the Israeli economy, but know that this is the land of the Jews and accept it.”