Two dead in Gaza; Riots broke out in dozens of locations across the West Bank following Friday prayers.

By TOVAH LAZAROFF, ANNA AHRONHEIM
DECEMBER 8, 2017 17:12
Palestinians protest Trump's Jerusalem decision across the West Bank. (REUTERS)
Advertisement
Thousands of Palestinians held protests rallies and riots across the West Bank on Friday to vent their anger over US President Donald Trump’s declaration of Jerusalem as the capital of Israel.According to the Red Crescent two Palestinians were killed and 254 were injured as of 4 p.m. The majority, 178 protestors suffered from tear gas inhalation. Another 52 Palestinians were injured by rubber bullets and 11 by live bullets.As of Friday afternoon, the IDF counted around 30 violent riots involving 3,000 Palestinians that broke out across the West Bank in places such as Ramallah, Hebron, Bethlehem, Al Arub, Tulkarm, Kalandiya and Beit Ummar.During those riots Palestinians threw Molotov cocktails and stones at IDF and Border Police troops, who responded with riot dispersal methods, including tear gas and stun grenades as well as firing warning shots in the air.Six rioters were arrested, the IDF said.On his Facebook page the Coordinator of Government Activities in the Territories Maj. Gen. Yoav (Poli) Mordechai urged the Palestinians in Arabic not to play into the hands of extremists.“Interested extremists want to ferment the street with lies and distortions because this is a religious war, and in the end a violent reality will only harm the Palestinian public,” Mordechai said."I urge you not to let the extremists destroy the Christmas holidays, the tourists on your way to you, and the silence without which a significant positive blossom may be stuck or lost.”He assured them that the status of the holy places in the city, including the Temple Mount, known to Muslims as Al-Haram Al-Sharif and not changed."Israel preserves these sites and provides access to them and anyone who says otherwise is a liar," Mordechai said. 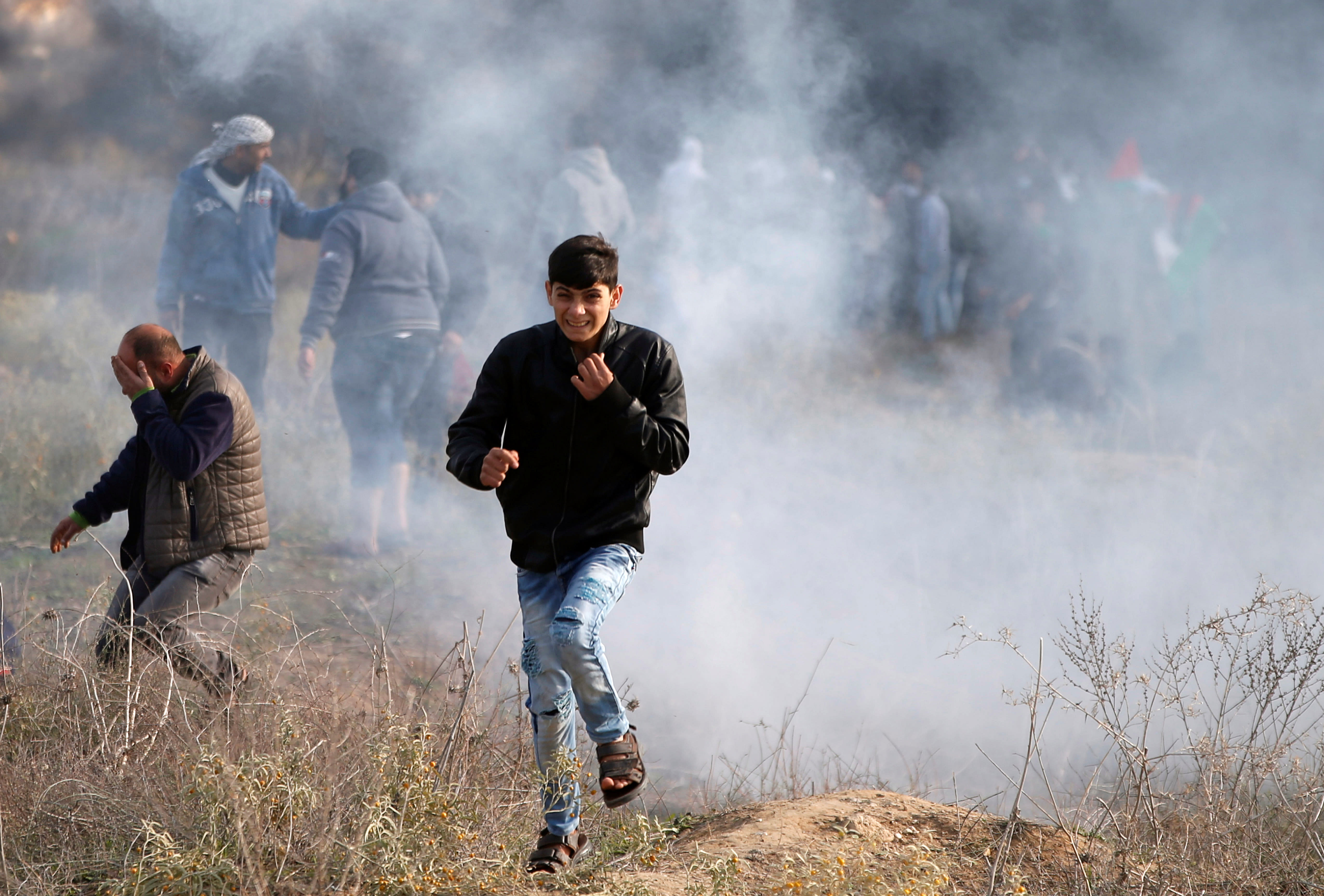 Palestinian protesters react to tear gas fired by Israeli troops during clashes as Palestinians call for a "day of rage" in response to U.S. President Donald Trump's recognition of Jerusalem as Israel's capital, near the Jewish settlement of Beit El, near the West Bank city of Ramallah December 8, 2017Clashes also broke out in Gaza along the border with Israel, after Palestinians rolled burning tires and threw rocks at the IDF stationed there.Some 53 Palestinians were injured and two people were killed, according to the Red Crescent.The Health Ministry identified one of the dead as Mahmoud al-Masri, age 30.The IDF said, ”During the riots IDF soldiers fired selectively towards two main instigators and hits were confirmed.”Adam Rasgon and Reuters contributed to this report.