By YAAKOV LAPPIN
MARCH 22, 2015 11:36
A Palestinian member of Hamas' armed wing takes part in a news conference
(photo credit: REUTERS)
Advertisement
Security forces announced Sunday the arrest of a Hamas cell in Kalkilya that had plotted a series of terrorist attacks in Israel.The cell was under the direct command of Hamas in Gaza, according to the Shin Bet (Israel Security Agency).The Hamas operatives received instructions to carry out attacks in the West Bank during Operation Protective Edge last summer. 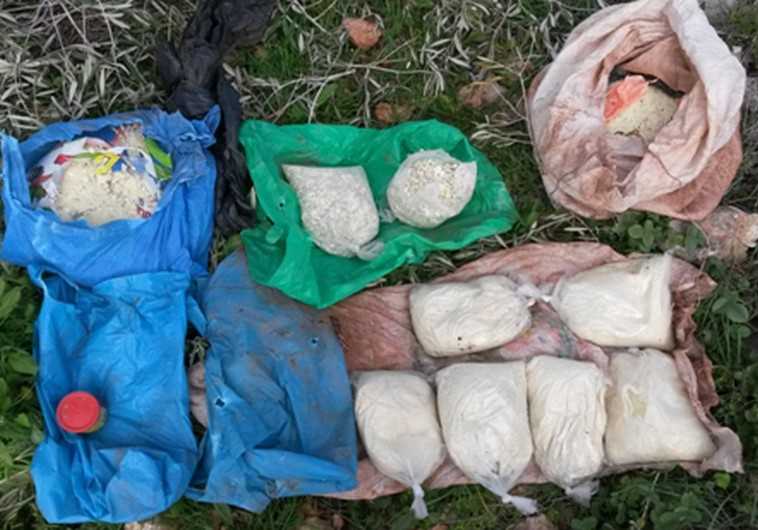 In a joint Shin Bet, IDF and Israel Police operation, authorities seized dozens of kilograms of sulfur and 25 kg. of a type of mercury used to make bombs.The Shin Bet domestic intelligence agency said in a statement that members of the cell confessed to being recruited to the cell in Jordan. Hamas’s headquarters in Jordan took part in building the cell, whose members traveled to the Gaza Strip to undergo military training.They then headed to the West Bank to begin carrying out attacks and to recruit additional cell members.“During questioning, it emerged that the operatives used an apartment in central Nablus, where they set up a bomb-making lab that included raw material and means to create explosives.The Shin Bet named six suspects, including Abdullah Zitawi, born in 1989 and a resident of Jamma’in, Wallid Abu Zina, born in 1989 from Jenin, and Raja Sabra, born in 1993, who is a resident of Burkin and a student at An-Najah National University in Nablus.The intelligence agency said the recent arrests show the high motivation of Hamas bases abroad to train military cells and insert them into Judea and Samaria for attacks.They also shed light on the ability of Hamas operatives in Gaza and Jordan to orchestrate attacks in the West Bank, the Shin Bet said.In November, the Shin Bet and IDF said they thwarted a large-scale, transnational Hamas terrorism network that was preparing to carry out an array of deadly attacks against Israelis.During that investigation, some 30 Hamas members were arrested in raids led by the undercover Duvdevan IDF unit.The terrorist network planned to target Teddy Stadium in Jerusalem and the capital’s light rail system, and also planned car bombings and kidnappings of Israelis in the West Bank and overseas, the Shin Bet said.The nerve center of the network was situated in Hamas’s headquarters in Turkey, the Shin Bet added.Additional plans included infiltrations into Israeli communities, shooting and bombing attacks against Israeli traffic and military targets in the West Bank, and setting up terrorist cells in Jordan in order to carry out cross-border attacks.In August, the Shin Bet said a large-scale Hamas terrorist formation in the West Bank and Jerusalem planned to destabilize the region through a series of deadly attacks in Israel and then topple the Fatah-ruled Palestinian Authority.The plot was orchestrated by the Hamas overseas headquarters located in Turkey, and centered on a string of mass-casualty terrorist attacks on Israeli targets, the Shin Bet added.