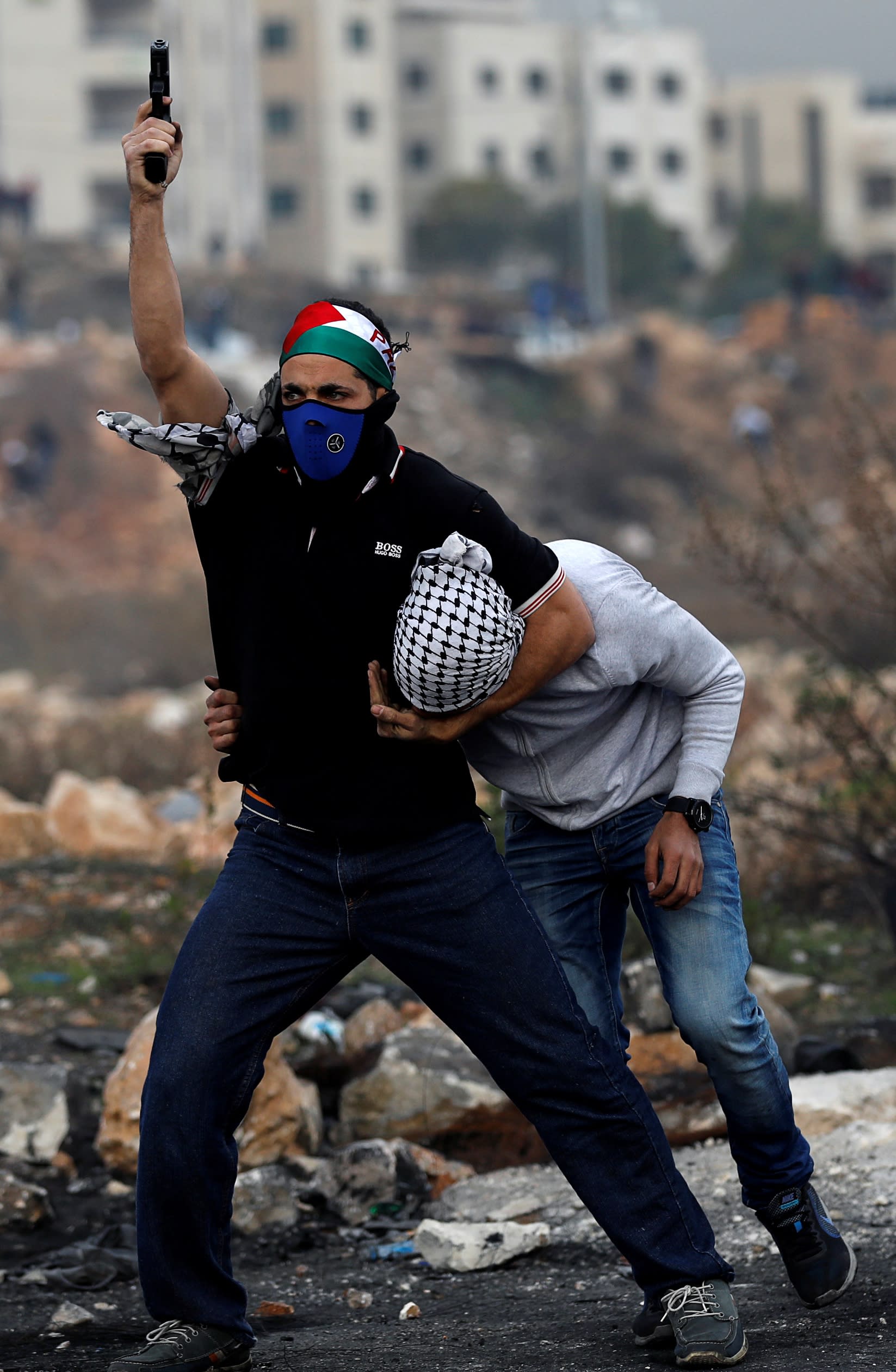 According to the Red Crescent, 361 Palestinians were wounded in violent clashes with Israeli security forces in the West Bank and Jerusalem.An undercover Israeli security personnel kicks a Palestinian while an Israeli soldier holds him down at a riot near Ramallah, December 2017 (credit: Abbas Momani/ AFP)The majority, 285, suffered from tear-gas inhalation. In addition, 59 were wounded by rubber bullets and seven from live bullets.
For the last six days, Palestinians have rioted and protested against US President Donald Trump’s decision to recognize Jerusalem as Israel’s capital.An undercover Israeli security personnel detains a Palestinian at a riot near Ramallah, December 2017 (credit: Mohahmed Torokman/ Reuters)
Israeli undercover forces arrest Palestinians during clashes near Ramallah, December 13, 2017 (Reuters)
Video footage released by the IDF of the Ramallah demonstration focused briefly on one of the undercover officers.
He wore jeans, a black T-shirt and a Palestinian flag as a bandanna around his forehead.
While holding a rioter around the neck with his arm, he fired into the air with a gun in his other hand to disperse the protesters.Palestinians throw stones at Israeli soldiers during a riot near Ramallah, December 2017 (credit: Abbas Momani/ AFP)The suspects were interrogated by security forces. The IDF and other security forces will continue to act to thwart terrorist attacks and maintain security in the area, the army said.Near Nablus, some 40 masked settlers entered the village the Burin and threw stones at residents and their homes, the IDF said.
Soldiers were able to remove the settlers from the village, the army said.“Security forces will continue to act to prevent the recurrence of such cases,” it said.Settlers said the incident occurred after Palestinians threw stones at Israeli cars in the area.Separately, the IDF on Tuesday issued a demolition order for a fourth-grade classroom in the Beduin herding village of Abu a-Nawar, located in the West Bank just outside of Jerusalem and near Ma’aleh Adumim.The “construction was built without a permit in a way that puts those residing in it in life-threatening danger,” the Civil Administration of Judea and Samaria said.“The order was issued after the High Court of Justice rejected a petition filed by the court on November 15, 2017, and after those who filed the petition did not apply for a permit despite the time extension granted to them by the court,” it added.