Zvi Mark’s book is a significant contribution to our understanding of Rabbi Nahman of Bratslav’s world.

By ZVI LESHEM
FEBRUARY 5, 2010 17:20
bratslav believer 311
(photo credit: AP)
Advertisement
Mysticism and MadnessBy Zvi Mark | Translated by Ya’acov David Schulman | Continuum Books | 306 pages | $44.95Thirty-five years ago, as a college freshman in New York City, I wandered one evening into a small room at a Jewish home on campus, and discovered a small group of young people engaged in intense study of Lekutei Mohoran, the major work of the hassidic master Rabbi Nahman of Bratslav, whose 200th yahrzeit will fall later this year. I was immediately mesmerized by his dazzling spiritual ideas and exegetical theories, and over the years the influence of “Reb Nahman” on me and countless others has only continued to grow.Rabbi Nahman is, however, not only a significant spiritual inspiration for his thousands of followers worldwide, he has also been, for many decades, a figure of major interest to academic researchers dealing with Jewish and hassidic spirituality and mysticism. It is against this background that the English version of Dr. Zvi Mark’s first book on Nahman, Mysticism and Madness, makes its welcome appearance. Mark, senior lecturer at Bar-Ilan University and senior fellow at the Shalom Hartman Institute, made headlines when he recently published for the first time, with the encouragement of the elders of the Bratslav community, Megillat Setarim, Nahman’s secret messianic treatise, in a critical edition.Mysticism and Madness, which analyzes several key issues in Nahman’s thinking, is largely a rejoinder to several scholarly works that have, until now, been considered definitive in describing R. Nahman’s religious world. Mark, who is very much at home in the vast corpus of both Nahman’s own writing and that of subsequent generations of Bratslav literature, presents a radically different understanding of Nahman, one that moves him closer to the kabbalistic-hassidic milieu in which he was raised (he was the great-grandson of the Ba’al Shem Tov, who was the first hassidic leader), and returns him from the radical existentialist mode into which some of his earlier interpreters had thrust him. 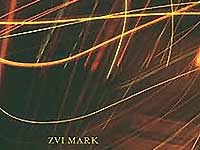 The late Joseph Weiss, in his pioneering Hebrew studies of Nahman, emphasized his personal life (of which we are blessed with abundant material from internal Bratslav sources) and existentialist crises, downplaying the mystical elements in his life and teachings. Weiss was followed by Prof. Arthur Green, who, in his classic work Tormented Master, portrayed Nahman as a deeply conflicted individual who was blessed not only with a powerful self-awareness of his status as a tzaddik, but also with tremendous self-doubt and conflicts regarding his own faith and religious tensions. Green presented this existential portrait of Nahman as largely overriding the more mystical aspirations of the more typical hassidic rebbe, which may be subsumed under the general rubric of seeking a more intense personal and spiritual experience of God.Mark argues forcefully that Weiss, Green and those who followed them misinterpreted key passages in Nahman’s writings, consistently overlooking their obviously mystical meaning and reinterpreting them through the prism of the existentialist lens through which they wrote. While not denying Nahman’s existential struggle, his theological radicalism or his sometimes bizarre behavior, Mark uses close philological analysis to convincingly demonstrate that despite his uniqueness in the world of hassidic thought, in the last analysis, Nahman’s major concern remains that of his other hassidic colleagues, finding a path to God for himself and for his followers.Mark achieves his goals through analysis of issues such as Nahman’s approach to imagination, prophecy, faith, silence, music and the Land of Israel, to which he traveled at the beginning of the 19th century. He also discusses some of Nahman’s mystical and devotional techniques, such as the meditative practice of hitbodedut (conversing with God) and hand clapping during prayer. He argues that the goal of these practices is to lead the devotee to a state of bitul (self-annulment) and deveikut (cleaving to God). Mark shows us to what extent Nahman was in fact continuing trends, both in thought and deed, found in earlier mystical literature, although he often infused the earlier texts with a creative new meaning.While the medium of the hassidic tale is well known, Nahman was the only rebbe to teach via original stories, Sipurei Ma’asiot, which read like fairy tales. Mark’s last two chapters, on not knowing as the ultimate purpose of knowledge and his analysis of Nahman’s story “The Humble King” form an important unit. Together they serve to cement one of Mark’s foremost theses, that Nahman, well aware of the impending attack of the Haskala movement upon traditional Jewish belief, promoted a radical project of faith, buttressed by silence, music and mystical experience, as the only viable alternative to a world in which intellectual achievement and doubt would ultimately reign supreme.“The Humble King,” according to Mark’s persuasive reading, addresses an issue that may trouble many thinking religious persons: How can it be that our service of God, limited as it is by our very physicality, is of significance to Him? This question, addressed throughout the ages by philosophers and mystics alike, receives its most startling treatment in Nahman’s hands. In his opinion, our service of God is understood as a kind of comic theater of the absurd, in which we serve the role of court jesters for the sake of entertaining the king.This radical description of the life of the pious Jew dovetails, ofcourse, with the notion developed in the previous chapter, that wearen’t really capable of knowing anything about the divine; our serviceconsists largely in our ability to accept this premise and continue toserve in a state of “not knowing.” While many will no doubt bristle atsuch an irrational definition of religious service, for others it mayin fact be very liberating. In a certain sense it surprisingly seems tobear some resemblance to the late Prof. Yeshayahu Leibowitz’ssuperrationalistic doctrines regarding halachic observance, althoughthis point certainly requires further elucidation.In the last analysis, although it could certainly be enhanced by adetailed conclusion summing up all of its findings, Mark’s bookconstitutes a very significant contribution to our understanding ofNahman’s world. It not only goes a long way in balancing the ratherone-sided picture painted by earlier scholars, but also provides a verypenetrating analysis of the major foundations of Nahman’s faith andpractice.The writer is the spiritual leader ofCongregation Shirat Shlomo in Efrat. He holds a PhD in Jewishphilosophy and is the author of Redemptions: Contemporary Hassidic Essays on the Parsha and the Festivals.
Advertisement
Subscribe for our daily newsletter