Oded Distel, who heads Israel NewTech, expressed hopes that the partnerships and joint projects that will come out of the conference will “lead a revolution in water conservation.” 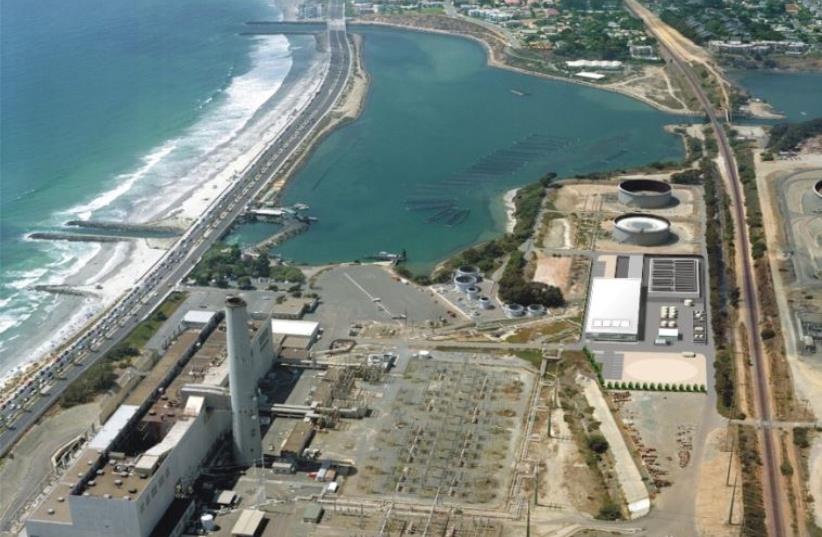 The Claude "Bud" Lewis Carlsbad Desalination Plant in California
(photo credit: IDE TECHNOLOGIES)
Advertisement
Having made the desert bloom and become the world leader in water management, Israel is now helping parched California solve its water problems.The Israel-California Water Conference, taking place Wednesday at Los Angeles’s Marina Del Rey, with an additional event on Thursday in San Diego, is the brainchild of the Economy Ministry’s Israel NewTech program, the Israel Economic Mission to the West Coast, and the Israel Export Institute. The conference will introduce Californian public officials, business leaders, policy makers and researchers to 24 Israeli companies that offer water storage, management, treatment, recycling and leak detection solutions.Oded Distel, who heads Israel NewTech, expressed hopes that the partnerships and joint projects that will come out of the conference will “lead a revolution in water conservation.”Speaking to The Jerusalem Post on Sunday, he said that Israel is the world’s shining example of smart water technology.“We are no longer dependent on nature to get our water.” More than 50 percent of Israel’s water come from desalination and water recycling.Water security has become a global issue, Distel said, linking the five-year-old Syrian civil war with the country’s deteriorating water situation over the least 40 years that peaked during the drought from 2006 to 2010.Though Distel would not expect a similar, extreme situation stateside, he noted that the situation will deteriorate rapidly “unless policy is changed. Nobody is looking at the broader picture,” he lamented. Governance of water resources in most parts of the world, he said, are over-compartmentalized – first by geographic area, then by sector, whether it be agricultural, industrial or private.To combat this, Distel recommended “bold steps” including better cooperation between municipalities, as well as changing the way water is priced and measured.For example, he said that the wastewater generated by one municipality’s households and office buildings, called gray water, should be used in another region for agricultural purposes or watering parks and golf courses.Similarly, subsidies must end, he said. “[Farmers think] that it’s their basic right and expect not to pay for it,” Distel said.This “water rights” issue, he said, prevents any sort of incentive for using water more efficiently or adopting new technologies.“The state needs a holistic approach to water management,” he said. “The ‘business as usual’ approach is not going to work anymore.”California, which has gone through a serious drought in recent years, is scrambling for solutions to its water crisis. According to a UCLA study published last week, it will take four years for the Sierra Nevada snow pack, one of California’s main sources of water, to recover from the past five years of drought.Israel water technology is nothing new in the Golden State. In 2014 California Governor Jerry Brown and Prime Minister Benjamin Netanyahu signed a Memorandum of Understanding to facilitate more joint projects and research in the fields of water conservation and agricultural technology. In December, IDE Technologies headquartered in Tzoran-Kadima, opened the Carlsbad desalination plant in north of San Diego. The reverse osmosis facility is the biggest desalination plant in the Western hemisphere and provides seven percent of San Diego County’s water needs.