Scientists have identified a protein that could practically eliminate the HIV virus. 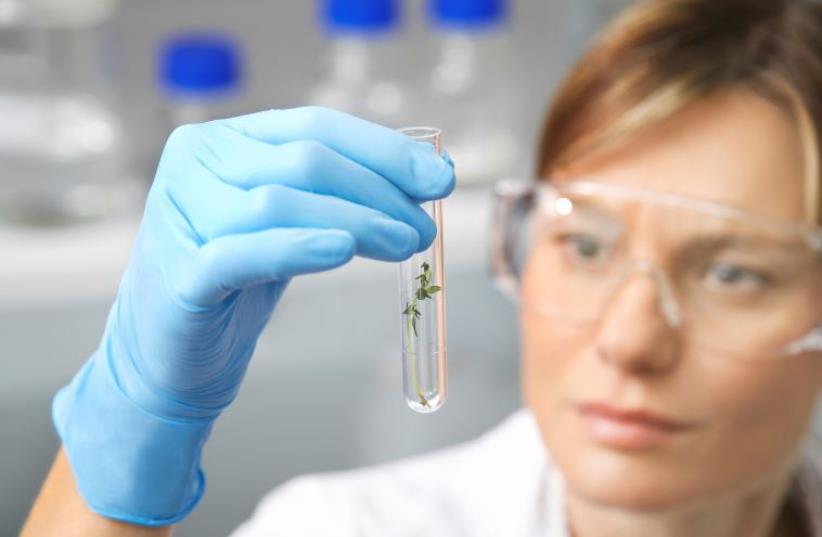 A laboratory assistant
(photo credit: DANIEL K. EISENBUD)
Advertisement
Researchers at the Hebrew University in Jerusalem have identified a protein called Gammora that they say can reduce HIV, Human Immunodeficiency Virus, in infected patients by 97 percent.This sexually transmitted retrovirus, which is the precursor to the deadly Acquired Immune Deficiency Syndrome (AIDS), is currently treated with drugs that slow its progression; however, as of now, there is no cure for HIV positive patients. Gammora could be the answer.“The virus is smart and it is ever changing so there are patients who resist the drugs,” Hebrew University Prof. Zev Sthoeger, head of internal medicine department A at Kaplan Medical Center in Rehovot, which will host clinical trials of Gammora in the future, told The Media Line.“We want to invent new mechanisms we hope will help us cure the virus,” Sthoeger added.Working in a laboratory and using vials of blood from HIV positive patients, Professors Abraham Loyter and Assaf Friedler, both researchers at the Hebrew University identified and tested a protein they call Gammora to see its effects on killing HIV infected cells.When a person is exposed to HIV, which can happen through sexual intercourse and exposure to infected blood, the virus immediately attacks the immune system, which is the body’s natural defense, by destroying certain infection- fighting cells, known as CD4 cells. These cells ward off infections and viruses like the flu, and, without them, leave the body helpless.Unlike other viruses which integrate several copies of themselves into one cell, HIV only incorporates one or two copies of itself into the CD4 cells. This allows the virus to effectively take over that cell, using it as a “factory,” producing more of itself.Gammora essentially forces multiple copies of the HIV DNA to enter the cell, causing the cell to go into overdrive, resulting in the cell “committing suicide,” according to Sthoeger.“Because the virus uses the machinery of the cell, each infected cell is a factory for many viruses,” Sthoeger said. “And, if we kill the infected cells, maybe we can do more than the current medications.”Loyter and Friedler, who are working with the Zion Pharmaceutical Company, left Gammora in vials containing blood from HIV infected patients at the Kaplan Center for eight days allowing the virus to proliferate. And the result? A 97 percent decrease in the HIV virus in those vials.“Medications that are on the market are able to reduce and prevent HIV from becoming AIDS. They can suppress it, but they can’t get rid of it fully,” Hagai Ayad, the spokesman for the Israeli AIDS Task Force, told The Media Line. “Here comes a new method, which apparently might create an opportunity to find a full cure for HIV and AIDS.”Gammora provides the possibility of completely ridding a once-HIV positive patient from the virus for good. Something that has never been done before.Currently, the only treatment available to HIV positive patients are drugs that must be taken daily to suppress the virus and lower the chances of transmitting it to other people. While it is possible to take a drug called PrEP, which is produced and available generically in Israel by Teva Pharmaceutical Industries, to lower the chances of becoming infected, the chance of transmission is still high.“The virus doesn’t care if you are religious or not, black or white, Jew or Muslim, straight or gay,” Ayad asserted. “If you are a human body, the virus can live there because that is the only place it can live. It can attack anyone.”HIV is believed to have originated in chimpanzees in central Africa in the early 1900s, and, as different cultures and nations began interacting, so did the virus.It wasn’t until the 1980s that AIDS, known then as Gay-Related Immune Deficiency (GRID), gained traction as the first five cases in the United States, all involving gay men, were documented in June 1981. As researchers and physicians struggled to find answers, AIDS became a global epidemic, taking millions of lives each year. Scientists have been searching for a cure since the initial outbreak and now, thanks to a team of Israeli researchers, there might be a breakthrough.The Middle East and North Africa have a very low rate of HIV – only about 0.1 percent of the population is infected with the virus. This is compared to Sub- Saharan Africa, a region known for high rates of HIV, where almost 5 percent of the population is living with HIV.“We currently have about 7,500 HIV positive citizens in Israel,” Dr. Margalit Lorber, head of the autoimmune disease department at Haifa's Rambam Medical Center, told The Media Line. “We have about 450 new cases every year.”While the percentage of those infected in Israel is only around 0.1 percent, the country began studying the epidemic in the 1990s when there was a global push for more research into the HIV and AIDS viruses. Since then, Israel has worked to stop HIV in its tracks.“HIV is an international issue; it is a global disease and only a global effort can stop it. We must be united in stopping it,” Ayad said.Sthoeger and his team at the Kaplan Medical Center are optimistic that clinical trials at the center testing the efficacy of Gammora should begin within a year and he hopes to make this treatment more affordable than other HIV treatments.Katie Beiter is a student journalist with The Media Line
Sign up for the Health & Wellness newsletter >>