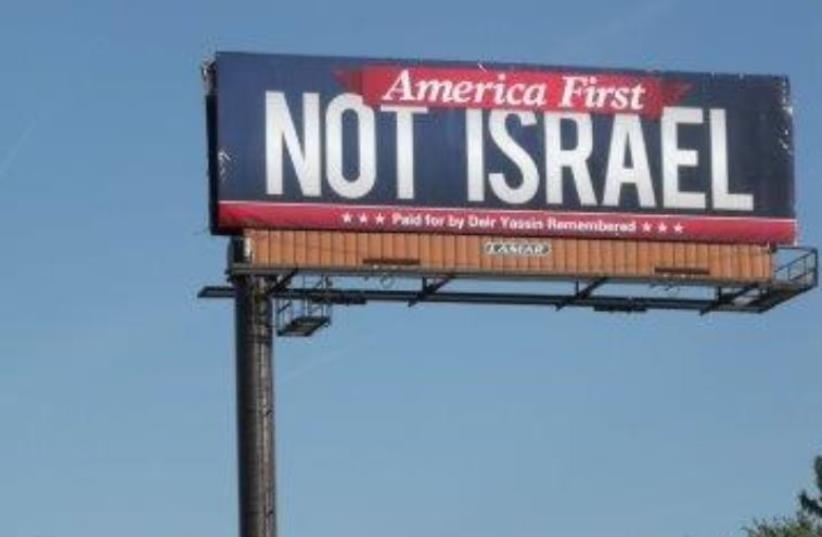 A member of an Ann Arbor synagogue has filed a federal lawsuit against anti-Israel protesters and the Michigan city over weekly demonstrations that have been held since 2003.

He also is requesting a jury trial and is seeking damages from the protesters and the city for emotional distress.

The groups have been named as Deir Yassin Remembered and Jewish Witnesses for Peace and Friends. Five demonstrators also were named as defendants.

The six to 12 protesters who show up between about 9:30 and 11:30 during Saturday morning services and stand on the sidewalk outside of the synagogue each week plant signs on the grass that read “Resist Jewish Power,” “Jewish Power Corrupts,” “No More Holocaust Movies,” “Boycott Israel,” “Stop U.S. Aid to Israel” and “End the Palestinian holocaust,” according to the report.

City officials have said they can not intervene, citing free speech rights.

The Southern Poverty Law Center in 2017 identified Deir Yassin Remembered as a Holocaust-denying hate group. The Palestinian village of Deir Yassin was the site of a massacre by Israeli troops in 1948.

Protest leader Henry Herskovitz said in 2013 that his group was not blaming the synagogue for Israel’s actions, but was holding the congregation accountable for supporting the State of Israel.