“Just as antisemitism is being stamped out from football, the same should apply to boxing." 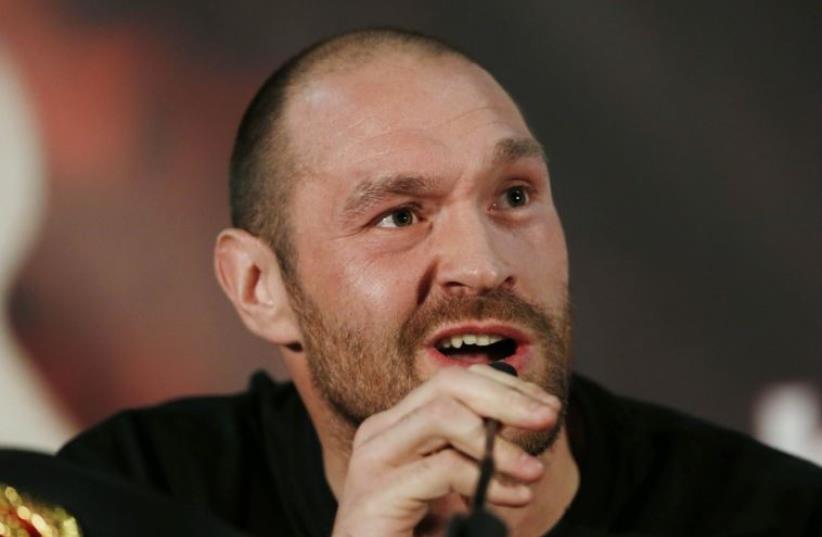 Tyson Fury
(photo credit: REUTERS)
Advertisement
Tyson Fury left no doubt about his claim to the WBC heavyweight championship belt on Saturday night, beating Deontay Wilder by TKO in the seventh round after thoroughly dominating the entirety of the match.However, his victory has caused some old controversies to resurface.In 2016, Fury, one of the top heavyweight boxers in the world, was filmed warning viewers not to be brainwashed by Zionist Jews, who he said own all banks and media.“Everyone just do what you can, listen to the government follow everybody like sheep, be brainwashed by all the Zionist, Jewish people who own all the banks, all the papers all the TV stations. Be brainwashed by them all,” said Fury, a practicing Catholic and Irish Traveler who is known as "The Gypsy King." Fury faced significant backlash for his remarks at the time.“Tyson Fury’s statements about Jewish people are offensive and racist,” said Jonathan Sacerdoti, director of communications at British watchdog organization Campaign Against Antisemitism.“Just as antisemitism is being stamped out from football, the same should apply to boxing."Fury faced off against Wilder in a highly anticipated bout at MGM Grand Garden Arena in Las Vegas. It was the second meeting between the fighters, whose first match ended in a split decision in 2018.
"He showed the heart of a champion," Fury said to reporters after his victory, when Wilder's coach threw in the towel. "I hit him with a clean right hand and dropped it, and he got right back up and kept battling. He will be back. He will be champion again."
"It definitely wasn't my night," Wilder said to reporters. "My coaches threw in the towel. I was ready to go more.
"I wish my corner would have let me went out on my shield. I'm a warrior. That's what I do."
Almost immediately after the end of the fight, speculation started about whether the boxers might agree to meet for a third match.