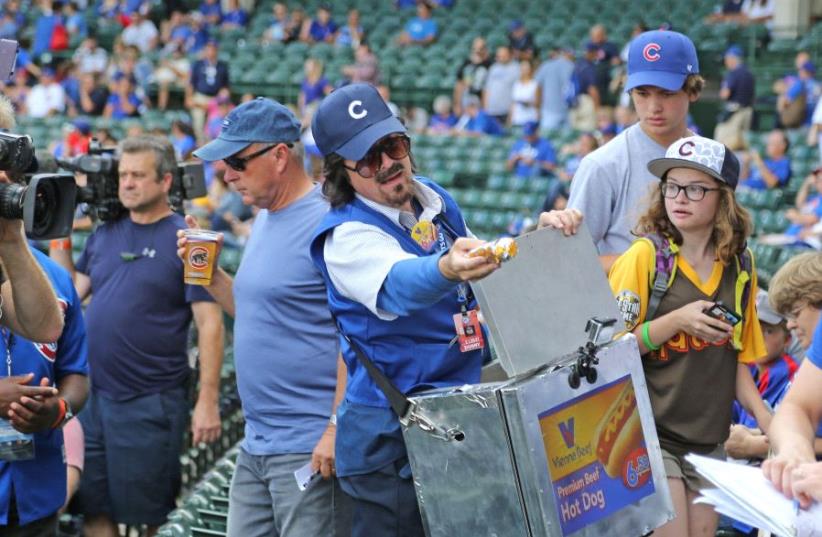 Sep 17, 2016; Chicago, IL, USA; Television personality Stephen Colbert is dressed as a hot dog vendor prior to a game between the Chicago Cubs and the Milwaukee Brewers at Wrigley Field
(photo credit: REUTERS/DENNIS WIERZBICKI-USA TODAY SPORTS)
Advertisement
Kosher hot dogs are finally coming to Wrigley Field, home of the 2016 World Series champion Chicago Cubs.A kosher food stand will open up at the 103-year-old ballpark on Friday featuring Romanian hot dogs, Romanian Polish sausages, pretzels and drinks, Tablet magazine first reported.A subsidiary of the Chicago-based catering company Danziger Kosher Midwest will run the stand. Its representative, Sam Mashiach, met with Cubs officials and convinced them that Wrigley needed kosher food, according to Tablet.“It’s extremely exciting,” Mashiach told the magazine. “It took 100-plus years for the Cubs to win a world championship, and it took 100-plus years for kosher food to get to Wrigley.”Wrigley Field will become the 13th major league ballpark to sell kosher food.