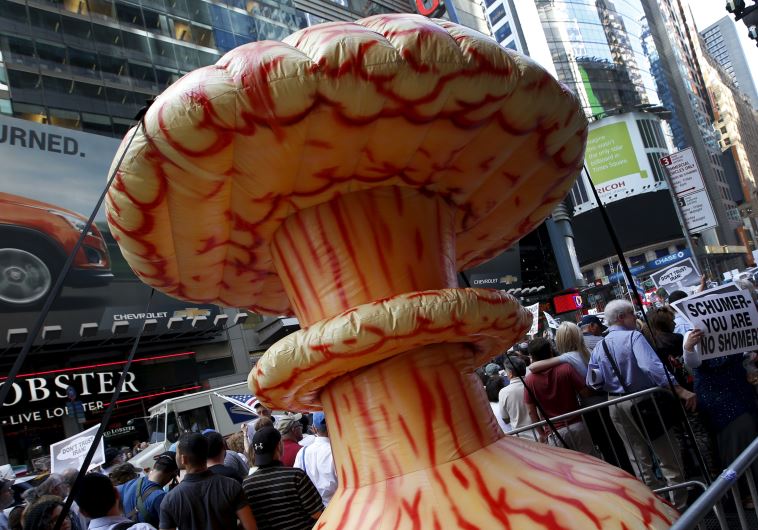 Pataki addressed the crowd, saying that "this isn't a bad deal, it's a God-awful deal, it must be rejected. Congress must do its job and stand up for the American people, stand up for our safety and say 'no' to this Iranian deal."Claiming that "we know what the outcome of this deal will be," Glick said that "our responsibility as free men and women is to stand up and ensure the security and continuity and strength and morality of the United States of America."Rabbi Abraham Cooper of the Simon Wiesenthal Center who also attended the Times Square rally took a more subdued tone. "If they can convince us that there's something here to salvage, we're all ears but if not we hope they have the courage - the personal courage as well as the political courage - to do the right thing and vote against this pact," he said. 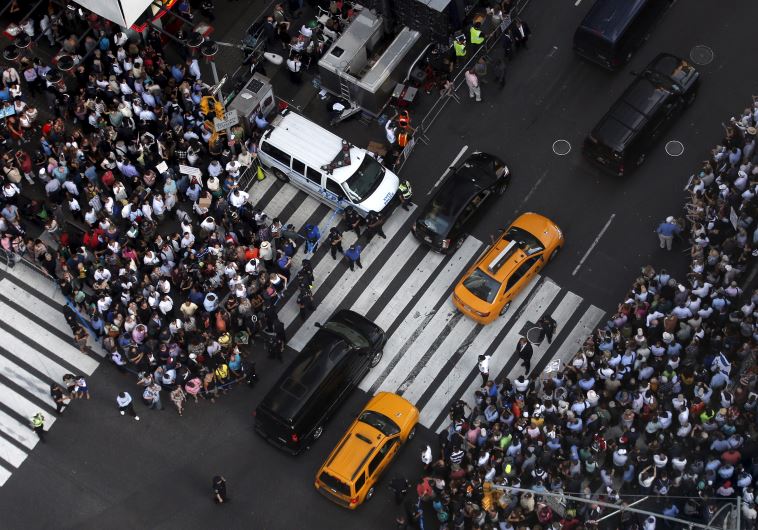 The deal between Iran, the five permanent members of the UN Security Council and the European Union offers sanctions relief in return for curbs on Tehran's nuclear program.President Barack Obama says it's the only alternative to war in the Middle East.The fiercely partisan US Congress has until September 17th to decide whether to approve or reject the deal which opponents say empowers Iran and threatens Israel.