Could an Israeli-Swedish alliance make all the difference in the lives of the Scandinavian country's Jews? 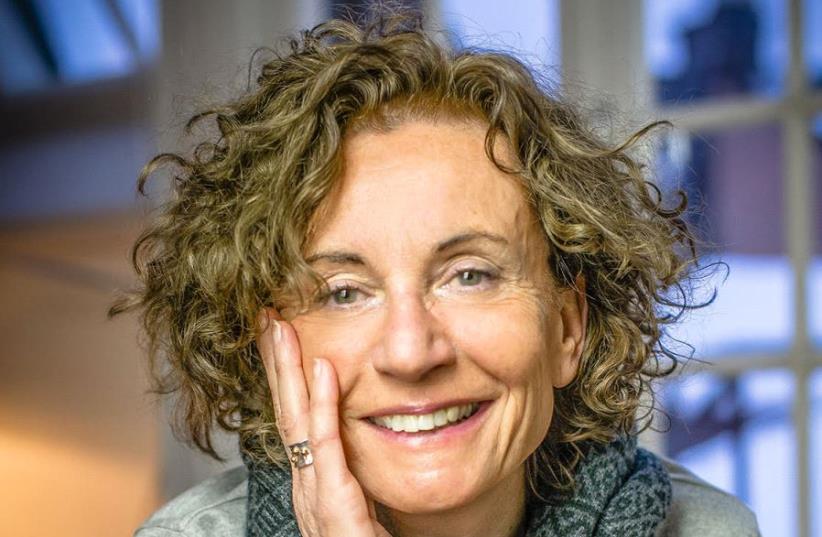 Ingrid Lomfors, director of the Living History Forum in Sweden
(photo credit: LIVING HISTORY FORUM)
Advertisement
With surveys showing “lots of Swedish Jews are afraid of showing their Jewishness,” Stockholm has stepped up efforts to teach about the Holocaust as a means of fighting against antisemitism, the director of a government-run program targeting the issue said.“The Swedish government is investing a lot of money to combat the phenomenon of antisemitism and Islamophobia,” Ingrid Lomfors, director of the Living History Forum in Sweden added, in an interview with The Jerusalem Post this past week.The Forum is a public authority established by Sweden some 15 years ago with the aim of “promoting democracy, tolerance and human rights using the Holocaust as a starting point.”In November the government announced an additional 156 million Krona (NIS 65 million) stipend to develop a new national program for Holocaust remembrance, with the aim of combating antisemitism and racism.“Our task is to teach Holocaust education but also to learn from history – to learn about the Holocaust and to learn from the Holocaust – what lessons can be drawn in terms of how we look at democracy, the risk of populism and racism, how do we find early warnings,” Lomfors said.Lomfors, an historian who has devoted 30 years to studying the Holocaust, was in Israel this month seeking information from such institutions as Yad Vashem to help to build the Swedish program.“I am very happy it [the government] gave us this opportunity but at the same time you can also say that in a way it is sad that it is needed – it says something about the world in which we live in,” Lomfors said.“Combating antisemitism is something that you have been doing here for quite some time now and learning from the Holocaust,” she said of Israel’s experience in these fields.“I can see lots of possibilities for collaborations to adapt programs in Israel to Swedish society,” she said. “I also think it is important for Israeli institutions to learn from us because cooperation is the only way to combat this phenomenon.”According to Lomfors, the impetus for setting up the Forum over a decade ago was in part a nationwide survey which revealed that Swedes had very limited knowledge of the Holocaust, and that a large number of youths showed signs of Holocaust denial.“This was really shocking to all of us,” she said, though adding that “at that time, around 20 years ago, we didn’t speak about the Holocaust.”Another factor behind Sweden’s endeavor was renewed interest and dialogue about the Holocaust due to headlines surrounding Nazi looted art.Lomfors described the situation in Sweden today as “very complex.”“On the one hand you can see a trend that tolerance is increasing – young people today are becoming more and more tolerant and the country, demographically speaking is becoming more pluralistic,” she said.“At the same time, you have an increase in racist ideas – hate speech and hate crime – as well as increasing populism.”“I think there is a rise in antisemitism, and a rise in hate crimes which is true for many minority groups,” Lomfors said.But she said international surveys suggested antisemitism in Sweden was not as bad as in other European countries.“Lots of Swedish Jews are afraid of showing their Jewishness,” she said.According to Lomfors, Holocaust education in Swedish schools is “not enough.”She thought teachers needed more of “an opportunity to learn more about the Holocaust.”The Forum she runs seeks to help educators by running educational and cultural programs, creating digital materials, holding regional conferences, and developing exhibitions about the Holocaust, she said.“We are a fusion between a museum and an education forum,” she said. “Teachers are our major target group in the hope that they will use our tools to reach the students but we also reach out to student groups around the country.”Lomfors said further that the Forum trains thousands of teachers and reaches several hundred thousand students every year through workshops and traveling exhibitions – all with a focus on both the past and present day.The Holocaust provided a “tool for discussion” for programs focused on modern day antisemitism and racism in Sweden.Lomfors said it was too early to gage the impact that growing numbers of refugees settling in Sweden may have on a rise in antisemitic attitudes.“It will definitely reshape Swedish society and my institution has to take this into account when we outline programs. We have to learn more about the attitudes of newcomers,” she said.“Antisemitism is global and if you really want to combat it you have to work in a global way – racism doesn’t have any national borders,” Lomfors said.