Two Israeli hikers killed after falling from height in Georgia

The tragedy marks the fourth time in as many months that Israelis traveling abroad have been reported killed in incidences across the world. 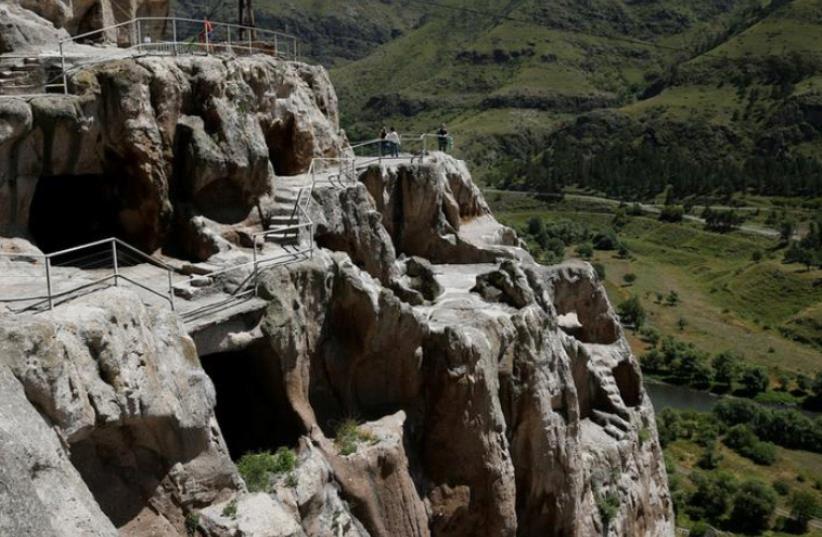 A 12th Century cave monastery complex in Georgia
(photo credit: REUTERS)
Advertisement
The Foreign Ministry reported that two Israelis were killed in a climbing accident at the Ushba peak of the Caucasus Mountains of Georgia.Another pair of travelers were also killed in the incident. Their nationalities have yet to be made public.The circumstances leading up to the event are being investigated, the Foreign Ministry added.A search for the hikers began on Thursday when the travelers failed to make contact with friends at a nearby location.The tragedy marks the fourth time in as many months that Israelis traveling abroad have been reported killed in incidents across the world.The first occurred on July 7, when two Israeli nationals were killed and another wounded in a car crash while traveling down route 70 in California. Later the same day, an Israeli tourist in Cuba drowned to death in the city of Vinales while scuba-diving.  Another incident occurred on May 19, when an Israeli tourist was killed  in a traffic accident while traveling in the South American country of Columbia. And a day earlier, a mother and daughter, both Israeli citizens, were killed in a car accident while they were traveling near the the Italian-Swiss border, the Foreign Ministry reported at the time. The incident occurred at 4:26 p.m. on highway A2 leaving Milan in the small village of Quinto, located in the Italian shell of Switzerland.