"Pisar exemplified what was truly the 'greatest generation.'He taught us that the horrors of the past influenced but must never be allowed to dictate or determine our present and future." 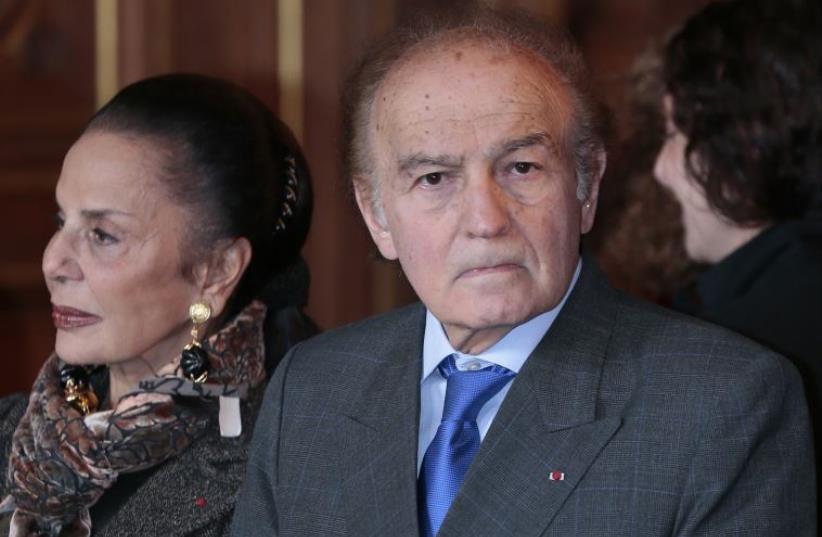 Samuel Pisar
(photo credit: JACQUES DEMARTHON / AFP)
Advertisement
The death of prominent spokesman for the Holocaust survivor community Samuel Pisar, 86, has elicited eulogies from across the Jewish world.Organizations and communal leaders expressed deep sorrow at his passing on Tuesday.A Polish-born survivor who went on to become a lawyer and writer, as well as an adviser to US president John F. Kennedy, Pisar spent time in several Nazi camps, including Majdanek, Auschwitz, Sachsenhausen and Dachau. He escaped during a death march at the end of World War II. After the war he earned a doctorate in law from Harvard University as well as from the Sorbonne in France.Pisar was the founder of Yad Vashem France. He also wrote an award-winning memoir, Of Blood and Hope, about how he survived the Holocaust.On Wednesday, European Jewish Congress President Moshe Kantor called Pisar “a moral voice of his generation.”“Surviving unspeakable horrors in the Nazi death camps and losing almost his entire family, he used this experience to shine a light on humanity and its failings, to inspire us to better the world. Pisar’s contribution to the Jewish community and especially to the memory of the murdered Six Million is immense and will live on for eternity in places like Yad Vashem, where he played a significant role, and in his collaboration with Leonard Bernstein’s musical masterpiece ‘Kaddish.’”Yad Vashem chairman Avner Shalev also recalled Pisar’s lyrics for the Kaddish libretto, in which the survivor engages in a dialogue with God, beseeching the creator to “guide us toward reconciliation, tolerance and solidarity on this small, divided, fragile planet.”That work was his passion for the last decade and a half of his life, Shalev told The Jerusalem Post, recounting how he would travel to sing it personally.“I knew him quite well for more than 20 years. He was a very unique personality,” Shalev said, speaking of his great passion for the arts as well as his “universal attitude and deep understanding” of people.He was an eloquent man who spoke slowly and clearly and who used his charisma and connections with world leaders to promote the memory of the Holocaust.“He was one of the symbols of the community of the survivors. He made people understand that they had to have a commitment not just to remember but to [act],” Shalev said.“He was a dear friend and [his death] is a big loss,” not just for Jews but for “so many others.”Roger Cukierman, the president of the Conseil Représentatif des Institutions Juives de France, recalled Pisar’s love of the Yiddish language and how he would participate in Yiddish culture in France as well as his concern over the rise of contemporary anti-Semitism.“He was very concerned by the revival of anti-Semitism,” he said.“I vividly remember Sam Pisar’s address to thousands of survivors in front of the Knesset during the World Gathering of Holocaust Survivors in June of 1981” in Jerusalem, said Menachem Rosensaft, general counsel of the World Jewish Congress and editor of God, Faith & Identity from the Ashes: Reflections of Children and Grandchildren of Holocaust Survivors.“When he declared with eerie prescience that ‘Today, when Israel sees any nuclear power plant in its region as a new gas chamber, any delivery of weapons to its adversary as a new enterprise of extermination, it displays an understandable psychosis about security.’” But at the same time, Pisar, like the survivors generally, always looked toward and hoped for a better future. In the same speech he said that ‘We have a duty to reaffirm in this place and at this time the primordial importance of the great ethical values of Judaism in the continued quest for survival and peace.’ “Sam Pisar exemplified what was truly the ‘greatest generation,’” Rosensaft continued. “He taught us that the horrors of the past influenced but must never be allowed to dictate or determine our present and future."JTA contributed to this report.