“In addition to that, we need to ensure that they have the opportunity to restart their mission here in the United States,” he added. 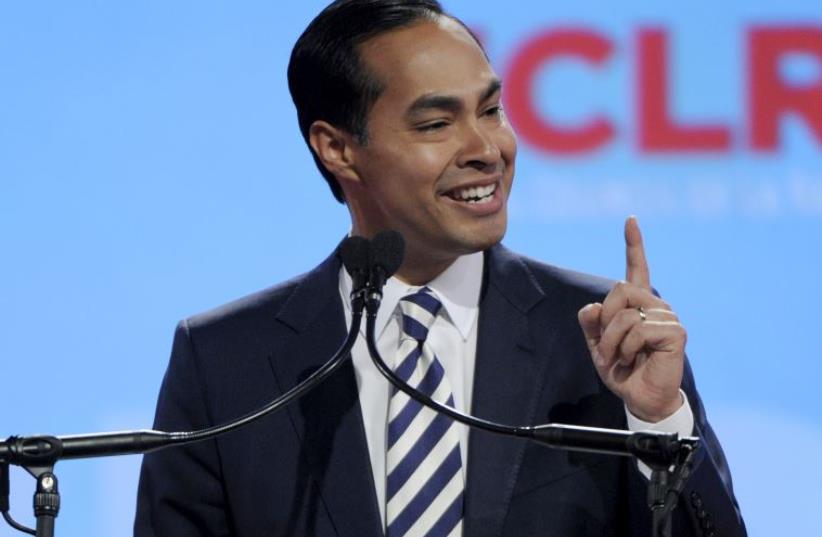 Housing and Urban Development secretary Julian Castro
(photo credit: REUTERS)
Advertisement
WASHINGTON – Former housing secretary and Democratic presidential hopeful Julián Castro said on Monday that he would undo some of the Trump administration’s most notable actions regarding the Israeli-Palestinian conflict.“We need to reestablish a US consulate in east Jerusalem and make clear that under a two-state approach, that would be the embassy under a Palestinian state,” he said at J Street’s National Conference in Washington, DC. “In addition to that, we need to ensure that they have the opportunity to restart their mission here in the United States.”The PLO office in Washington was closed by US President Donald Trump in September 2018, citing a lack of progress in peace talks with Israel.“I would also restore the UN funding that was stripped by the Trump administration, which was a mistake, to provide aid that is desperately needed.” Castro continued. “Those are the kinds of things that I believe the next president could do immediately to regain some trust, and rebuild trust and confidence among Palestinians, in addition to taking a different tone.”Speaking about the situation around the conflict on college campuses, Castro said, “I don’t agree with BDS, I don’t support BDS, but I also do not support cracking down on political speech. People should be able to express themselves.”