The announcement came just hours after the Prime Minister's Office announced that Netanyahu would soon be traveling to Russia for a meeting with Russian President Vladimir Putin. 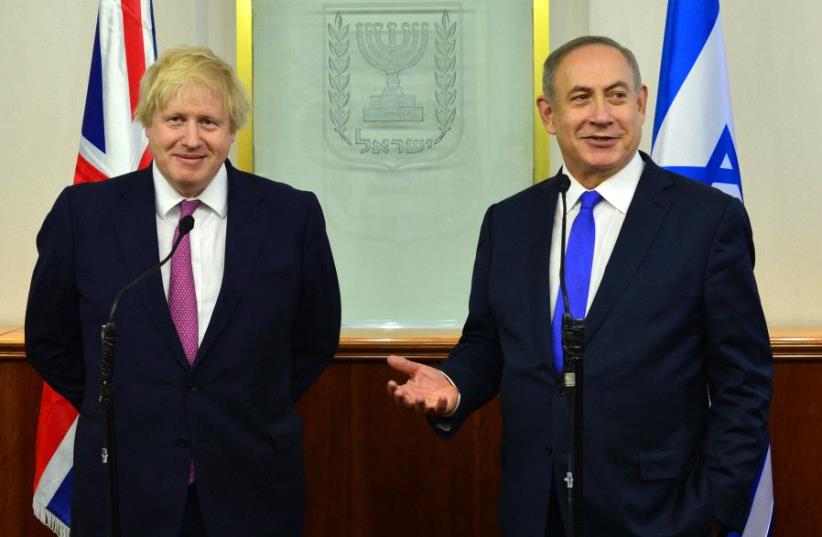 Netanyahu and Johnson
(photo credit: KOBI GIDEON/GPO)
Advertisement
Prime Minister Benjamin Netanyahu will travel to London on Thursday, less than two weeks before the September 17 election, to meet British Prime Minister Boris Johnson and US Defense Secretary Mark Esper.The announcement came just hours after the Prime Minister's Office announced that Netanyahu would soon be traveling to Russia for a meeting with Russian President Vladimir Putin. On Tuesday, Netanyahu cancelled a planned one-day trip to India on September 9, citing “scheduling issues.”
This will be Netanyahu's first meeting with both Johnson and Esper since they recently took up their new roles. The PMO said Netanyahu will discuss regional developments and how to push back Iranian aggression in his meeting with Johnson, and will discuss Israel's security needs with Esper.