Beer in the Bronze age: Evidence shows Egyptians brewed up a party in ancient Tel Aviv

The ceramic shards found at the site date to the Bronze Age and are believed to have been used in the brewing of the grain based alcoholic beverage.

By DANIEL K. EISENBUD
MARCH 29, 2015 11:44
Beer in the Bronze age: Evidence shows Egyptians brewed up a party in ancient Tel Aviv
Advertisement
Fragments of ancient pottery vessels used to prepare beer, unearthed during recent salvage excavations in downtown Tel Aviv, reveal that the city’s reputed party atmosphere is thousands of years old, the Antiquities Authority announced Sunday.Moreover, according to the authority, the excavations, conducted prior to the construction of office buildings by the Rubinstein company, provide evidence indicating the presence of an ancient Egyptian population from more than 5,000 years ago. 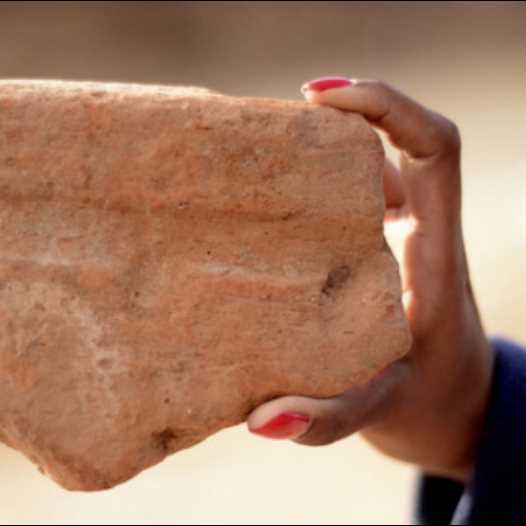 “We found 17 pits in the excavations, which were used to store agricultural produce in the Early Bronze Age [3500-3000-BCE],” said Diego Barkan, director of the authority’s excavation.“Among the hundreds of pottery sherds that characterize the local culture, a number of fragments of large ceramic basins were discovered that were made in an Egyptian tradition, and were used to prepare beer.”“The vessels were manufactured with straw temper, or some other organic material in order to strengthen them, a method not customary in the local pottery industry,” he continued.Barkan added that similar vessels were found in an Egyptian administrative building that was excavated in southern Israel’s Ein Habesor moshav.“On the basis of previously conducted excavations in the region, we knew there is an Early Bronze Age site here, but this excavation is the first evidence we have of an Egyptian occupation in the center of Tel Aviv at that time,” he said.Barkan said that the remnants represent the northernmost evidence ever obtained of an Egyptian presence in the Early Bronze Age.“Until now, we were only aware of an Egyptian presence in the northern Negev and southern coastal plain, whereby the northernmost point of Egyptian occupation occurred in Azor,” he explained. “Now we know that they also appreciated what the Tel Aviv region had to offer, and that they too knew how to enjoy a glass of beer, just as Tel Avivians do today.”According to the archeologist, beer was the “national drink of Egypt” in ancient times, and was bought and sold like other basic commodities, such as bread.“Beer was consumed by the entire population, regardless of age, gender or status,” he said.“It was made from a mixture of barley and water that was partially baked and then left to ferment in the sun.”To add flavor, Barkan said various fruit concentrates were added. The mixture was then filtered in special vessels, then ready for use.Excavations conducted in Egypt’s delta region uncovered breweries that indicate beer was already being produced in the mid-4th millennium BCE, he said.Barkan added that a bronze dagger and flint tools dating 6,000 years ago to the Chalcolithic period were also found at the site.Meanwhile, Moshe Ajami, the authority’s Tel Aviv district archeologist, said research and analysis of the findings will continue in authority laboratories.